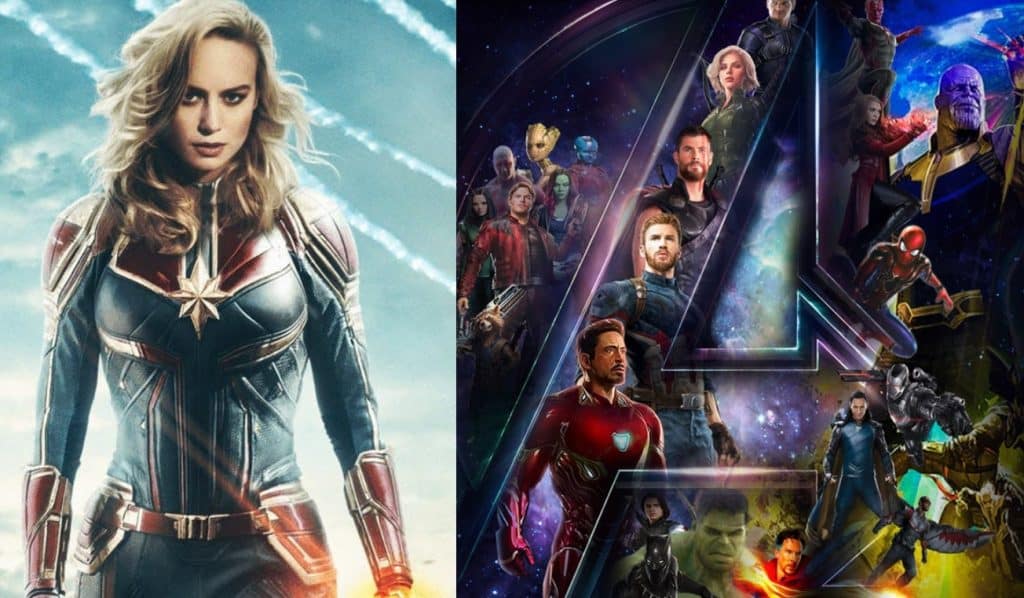 Many fans have heard the fact that Captain Marvel will not be appearing in Avengers: Infinity War – even after the several hints dropped towards her costume in the film. It was suggested later that the Russo Brothers were discussing her in the next film which is Avengers 4 set to release May 2019. Although Avengers 4 will be out only 3 months after Captain Marvel’s solo film, she will still be one that fans are excited to see.

When press did the walk through of the set in Atlanta, her mail box was spotted and there was information about her suit passed around so the fact she will be in the film at some point is established well, although what isn’t figured out yet, is the type of character Captain Marvel will end up being. Her solo film is said to be a Comedy action film set back in the 90’s and there will even be a much younger Nick Fury and his first encounter with a superhero of any kind. With that information we may be looking at another witty character to add to the list.

While speaking to IGN, Steve Markus, the co-writer of the screenplay, passed along this little tid-bit that gives us the low down on the personality type of Carol Danvers and that she will be most like Captain America.

“[Captain Marvel is] in some ways the closest to Captain America which is a weird, now rare kind of character which is sort of a person who’s right and knows they’re right and doesn’t really want to hear it when you tell them they’re wrong. So, with all these flawed, f***ed up people and Quill who’s a mess and Tony who’s a massive ego all contorted. It’s fun to get another person with a clear vision in there and going, ‘Shut up.’”

With the new suit, the bad ass personality, and hype built up around the mysterious Captain Marvel, it is no doubt that Avengers 4 is going to have a little more kick to it than we could hope for. We know that the Russo Brothers are some of the best in the business and they will not disappoint.

Catch Infinity War in a little over a month and get ready for the build up on the next Avengers and Solo Captain Marvel movie set for next year.

Would you have liked to see Carol Danvers in Infinity War? What could you hope for out of her character? Be sure to let us know what you think in the comments below!