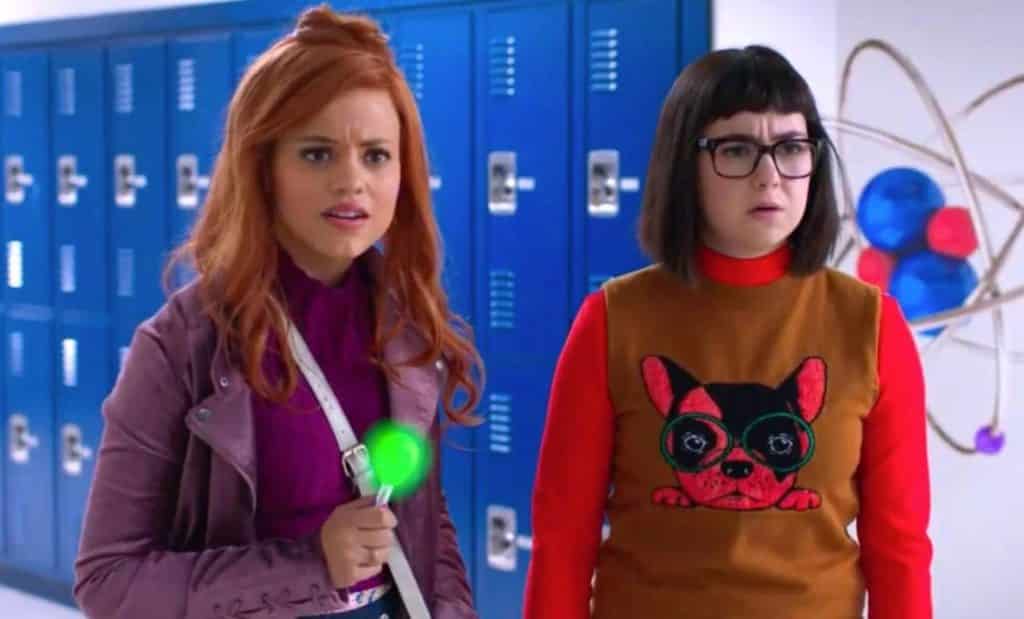 It’s been quite a few years since our last live-action encounter with the Scooby-Doo gang. Now it seems we’ll be getting another prequel, albeit we’re missing a few members. This time Daphne Blake and Velma Dinkley are the focus, giving insight into how they became friends and mystery solvers.

Of course you shouldn’t expect a big-budget theatrical release for this; in fact, it shows quite clearly in the quality that it’s going direct-to-video. But hey, that’s not a bad thing. Many of the best Scooby-Doo films were direct-to-video. Zombie Island, anyone?

In the film, which also happens to deal with zombies (albeit nowhere as awesome as undead pirates)…

“The mystery-solving teens are best friends but have only met online — until Daphne transfers to Velma’s school, Ridge Valley High, stocked with high-tech gadgetry by the school’s benefactor, tech billionaire Tobias Bloom. While their peers vie for a coveted internship at Bloom’s company, Daphne and Velma try to uncover the reason why the school’s brightest students are disappearing — only to emerge again in a zombie-fied state.”

It certainly sounds like the story will be taking a few cues from The Faculty and Disturbing Behavior, so if they play their cards right, we could get a really interesting narrative that digs into and enriches what Daphne and Velma are really all about as characters.

What do you think of the new trailer for Daphne & Velma? Be sure to tell us your thoughts in the comments!

Continue Reading
You may also like...
Related Topics:Daphne and Velma, Horror, Scooby-Doo