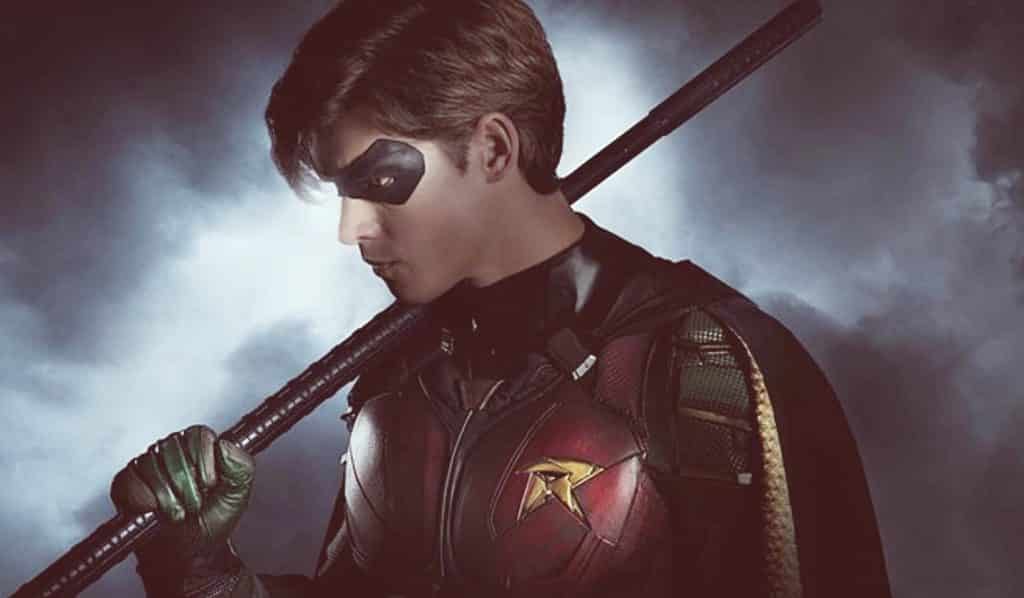 The first set photos for Titans, the upcoming show based on DC Comics‘ Teen Titans Go! have been released – and some have gone pretty far in their reactions. Mostly have been negative, as is the case with many set photos, because fans tend to overreact to an unfinished product, rather than wait. For reference, here are some of the photos that have hit the web this past week:

Could this be our first look at #BeastBoy and #Raven from DC’s new series #Titans? pic.twitter.com/sbvQpdPm8u

[BREAKING] The first leaked photos of Brenton Thwaites as Robin on the set of #Titans pic.twitter.com/wSnafouYza

The reactions were all over the place, to say the least:

Did some more research on #starfire in the 80s and she seems to be accurate to her look from there. I think we should all wait to see the final product because we should never judge set photos. Let’s have faith! #Titans #teentitans pic.twitter.com/9ZgSemGv5C

I wanna see the Teen Titans Go movie. I’m not being ironic when I say I like TTG, I actually really do! I keep the kids meal sticker set on my computer tower pic.twitter.com/s8Zfd6HA5P

My thoughts on the Teen Titans set photos:

These are NOT their superhero costumes

People complaining about the new star fire in #TeenTitans needs to chill it looks like a candid on set of her waiting to take a shot. I’m excited about the show good luck to @TheAnnaDiop and the other titans ❤ pic.twitter.com/AbOrsZtTAT

I really hope these are just giant set ups for Epic Rap Battle of History season 6 or else these would be very bad
Descendants vs Teen Titans pic.twitter.com/OvKnN78dLd

For everyone complaining about the look of the Teen Titans from the leaked set photos of the actors partially in costume, please find the similar leaked photo of Chadwick Boseman and Danai Gurira from Black Panther and I think that movie ended up looking OK. pic.twitter.com/WhseLSfkJX

When the Internet saw the set pictures from #TeenTitans: pic.twitter.com/epM4mVjmK9

Just saw the set photos of Starfire in the new Teen Titans live action show. Looks like a cheap $5 hooker.

I just saw a leaked stolen photo of Titans on set. And I could only say that “Please don’t ruin teen titans with your overly PC bullshit.”

people are way too quick to completely shit on BEHIND THE SCENE photos for teen titans…..like it’s not meant to look fantastic because…they’re not……filming…..they’re walking around…..on set

y’all i’m so nervous about the teen titans live action series after seeing those pics of the cast on set pic.twitter.com/cNhUKEjq6g

Just saw the set photos for the Teen Titans live-action series… Really wish they went with something more like @_gabrielpicolo fanart. Could’ve been so interesting and cool.

I don’t know who was working on the set design or costumes but you guys are butchering the teen titan live action show I’m disappointed why does StarFire look like a Grandtheft auto hooker and of course Best Boy doesn’t have green skin pic.twitter.com/Jw8XbViNwM

y’all that are hating on the titans set photos are so annoying, have y’all not heard of cgi?? they’re literally photos taken by fans just be happy we’re getting a live action teen titans and don’t judge anything until we sEE THE FINISHED PRODUCT pic.twitter.com/9ZBUWr1UCv

Wish the general public would back off the Teen Titans live-action actress for Starfire. The photo is a candid set shot, out of context…. no need to make attacks on the poor girl.

I love Teen Titans, and I saw the first images of the cast on set, and I strongly dislike it.

They agreed with me.

Me when I saw the Teen Titans set photos #teentitans #TeenTitans live pic.twitter.com/dx9sMRGpE5

That first look of Anna as Starfire… pic.twitter.com/Hm5B7RnPvn

Ppl have been complaining about starfire being dark skin bc “she’s orange in the comics” but if she was white no one would have cared plz stop trying to cover your anti-blackness & colorism by acting like you care about comic accuracy.

They got Starfire out here looking like a 90s prostitute pic.twitter.com/3chhP4O2OA

Me vs the #starfire from #titans uniforms .My wig was 10$ eBay wig and I’m atrocious with wig styling. pic.twitter.com/CWagA7D9bB

[NEWS] Anna Diop responds to the hateful comments she has received about her leaked Starfire set photos pic.twitter.com/GuoM7SIw4y

The Titans show currently doesn’t have a release date.

What did you think of the set photos? Do you think the internet is overreacting? Be sure to tell us all of your thoughts in the comments!