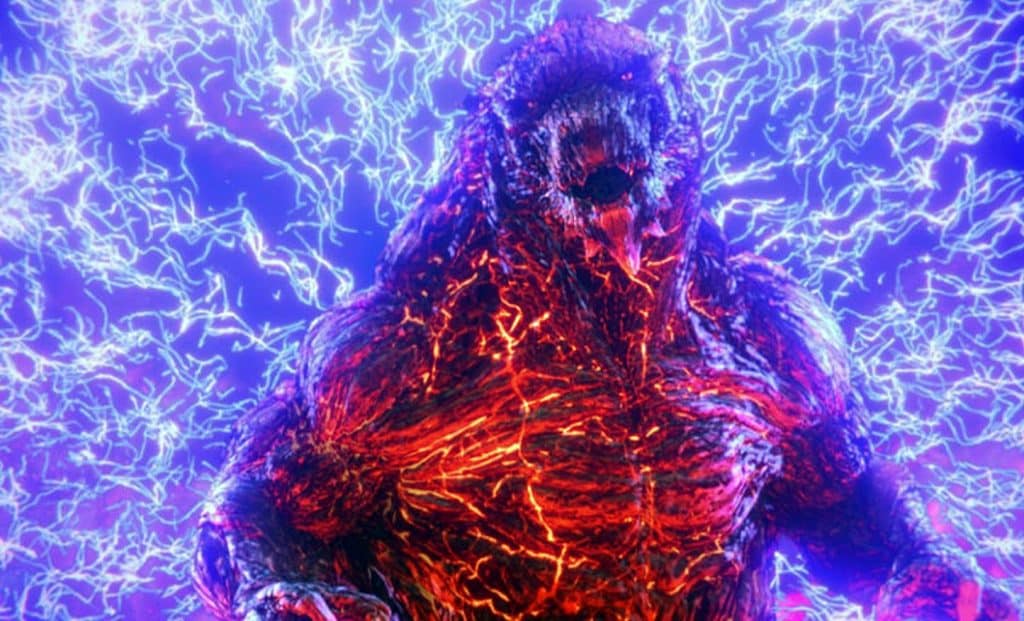 It’s fair to say that Godzilla fans have never had it so good. The character is currently featuring in a staggering number of projects, forming the basis of Legendary’s international Monsterverse franchise, as well as continuing to headline releases in the ongoing Japanese Toho film series. He’s also starring in a new anime movie trilogy, and some recent promotional material has now confirmed that the project’s upcoming second feature will see him facing off against old foe Mechagodzilla.

The foreign distribution rights for the new animated movies were snapped up by Netflix, with the first entry, Planet Of The Monsters, being released back in January 2018. The second film is called Godzilla: The City Mechanized For Final Battle.  Despite not being particularly catchy, the title did provide a hint that Godzilla’s mechanical equivalent would somehow be making an appearance, with the events of the first movie also setting up his involvement.

‘Planet Of The Monsters’ saw Earth’s population gradually annihilated in a series of clashes between various Kaiju from the previous Godzilla film entries. Eventually, the King Of The Monsters is the only one left standing, with a small band of human survivors desperately fleeing the planet in search of a new home, as Godzilla wipes out what is left of civilization.

When desperate events lead the survivors (along with some alien allies) to return to a post-apocalyptic Earth further down the line, they are forced into a desperate battle with the huge beast. Eventually, their combined arsenal of attack ships, ground forces and tactical nukes bests the creature, only for them to realize that what they were fighting was in fact only his offspring, with the real Godzilla suitably pissed at them.

Flashbacks during the course of that film suggested that their ancestors had been working on some form of countermeasure in a sprawling underground facility prior to their evacuation, but were overtaken by the speed of their enemy’s advance. Whilst Mechagodzilla was never directly referenced, the size and scale of the facility suggested that humanity’s savior would be big enough to go head to head with the advancing threat.

Now, a new poster and teaser trailer for the sequel have confirmed that the survivors will indeed locate MechaGodzilla. When they discover that the tools and weapons of an indigenous tribe are laced with nanotechnology, their subsequent investigation lead ahem to the underground city, where they deploy the giant robot in a bid to rid their planet from the beast once and for all.

The City Mechanized For Final Battle will receive a theatrical release in Japan on May 18, followed by an international Netflix debut shortly after. The live-action Godzilla 2 is set for release on March 22nd, 2019.

Continue Reading
You may also like...
Related Topics:Godzilla, Horror