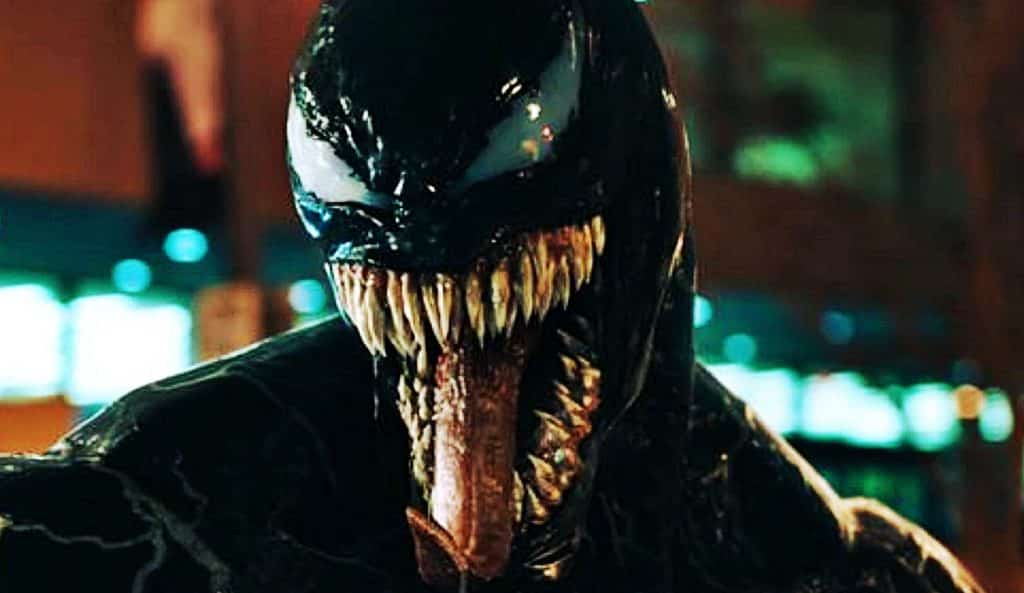 Speculation is surrounding the upcoming Venom movie, such as the connection to the Marvel Cinematic Universe and the connection to Spider-Man/Peter Parker. With trailers, we even see people upset about the pronunciation of the word symbiote and debate behind it. With the most recent trailer, however, there is more speculation starting, and this time its about the white spider logo that was apparently missing on the symbiote surrounding Eddie Brock.

Fans were quick to jump when arguing the fact that the white spider logo was missing and with that, eagle eyed fans went to the defense and started searching every frame for the answers they could give. One fan did apparently find the logo on the shoulder/arm and shared that amongst Twitter.

We say apparently because when it comes to framing from a film/ trailer clip, the movements and blur could make you think you see it when you in fact do not. Due to the fact the film takes place outside of the MCU, it is a question on if why or how the symbiote even has the logo, but it doesn’t mean it is an impossible fact and only seeing the film will tell the truth.

However, the film is set to release on October 5th, 2018 and starts Tom Hardy as Eddie Brock so regardless of if the logo appears or does not, it doesn’t seem like it will be a disappointing film. The trailers and the look to Venom are well done and hopefully fans are pleased with this adaptation.

What do you think? Is the logo a trick of the eye or is it present? Do you know of any other fan theories that are floating around on the internet surrounding the film? Be sure to let us know in the comments below!