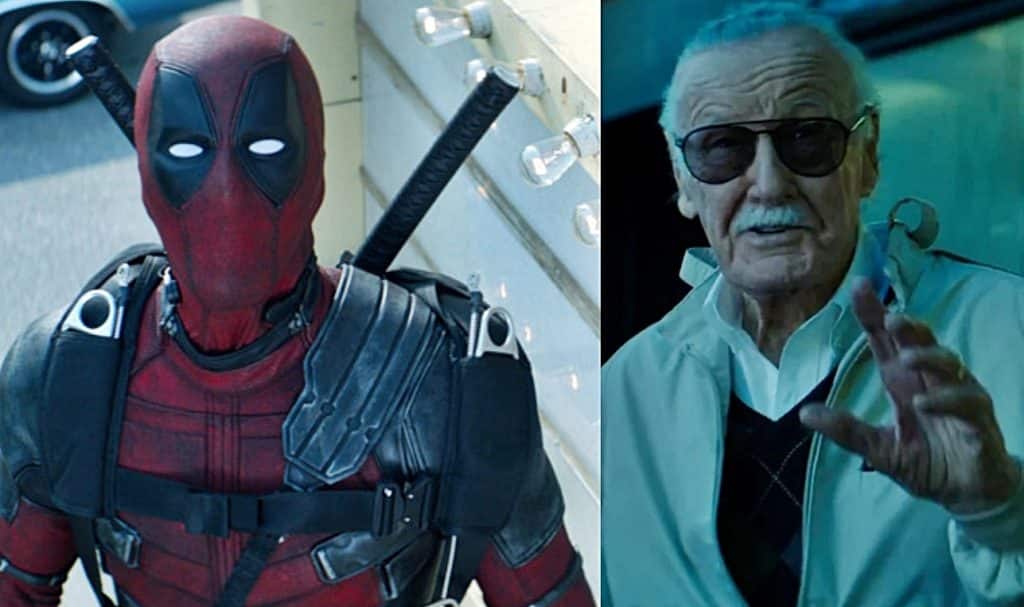 If there is anybody who could be considered a God amongst comic book fans, it would definitely be Stan Lee. In recent years Stan the Man has been cropping up in cameos in all our favorite films, most recently as a bus driver completely unphased by a giant doughnut shaped spaceship over New York in Avengers: Infinity War. True to form, the nonagenarian has now made an appearance in the recently released Deadpool 2, although you would need to be pretty eagle eyed to catch him.

For those who have seen the film, you may have noticed the Marvel legend during the infamous ‘Skydiving Scene’. Whilst not appearing in the flesh, a mural of Lee can be seen as Domino makes her move on the armoured convoy carrying Julian Dennison’s Russell. However, a recent interview with the writers of the film have revealed that he may have also popped up sooner.

In a recent interview with the Hollywood Reporter, the writers of the film, Rhett Reese and Paul Wernick were quizzed on the seeming lack of Lee by revealing he may also have been present in the scene set in Xavier’s mansion. Wernick explained:

“I think there’s a painting of Stan in the [X-]Mansion, is there not Rhett?”

Wade did mention that there was a large number of portraits of Old White Guys on the walls so that would be the ideal location. Reese however made the point that his cameo in the short film released before Logan last year is what counts really. He told the interviewer:

“I don’t know if you can make it out … He had just had cameo’d for [us] in the short that we did where Deadpool is in a telephone booth … So Stan did cameo for us in that.”

I suppose we should still be thankful that they can still find a way to incorporate Stan into the film’s given that he is in his nineties now, with his health not what it once was. It does just remind us that we are nearing that film that finally arrives where he doesn’t have his cameo. Sad times.

You can check out Stan (briefly) in Deadpool 2 in theaters now.

What do you think? Did you spot Stan? Have you seen the film yet? Let us know below!