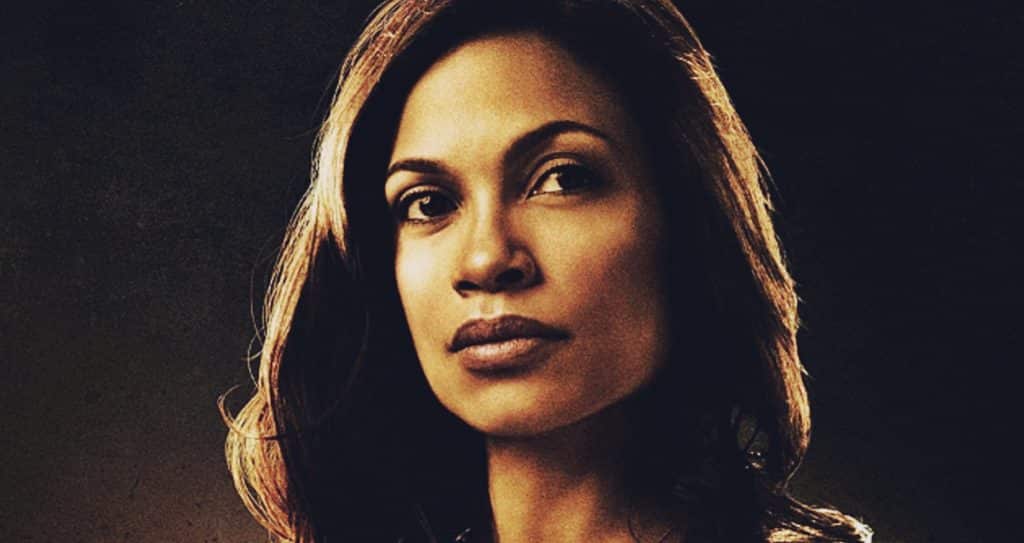 The Marvel Television Universe (or Netflix Universe?) had an all-out crossover event in last Summer’s Defenders mini-series. It had alright reviews, and was alright itself, but wasn’t really viewed as the epic mega event that it had been hyped up to be. Still, it was cool seeing all of the characters interact with each other and whatnot. One character who has been a staple of all of the Defenders’ solo series has been Rosario Dawson‘s Claire Temple.

At this weekend’s MCM Comic Con in London, Dawson had a very revealing answer when asked about her character:

“Yeah, its pretty wild actually. I don’t know if I’ll be back after this, to be honest, but it’s been an amazing few years. I’ve been on a lot of different shows. I mean, I don’t know if maybe they do a third season of Luke Cage potentially, or maybe if they figure out some kind of way for me to be on The Punisher – just so I can feel like I’ve done every show. But it’s been like, my daughter is high school, so I kinda wanna’ not be 3000 miles away for work.”

It’s a pretty honest answer, and definitely one that most people can relate to. If it is in fact Dawson’s last Marvel show, it’ll be interesting to see the events that happen in Luke Cage‘s upcoming second season. Clare Temple was a very important part of helping each character grow, so if it is her last, she definitely played a big role.

What do you think  about this? Would you like to see Rosario Dawson return for more of the Marvel TV shows in the future? Be sure to tell us all of your thoughts in the comments down below!