‘First Reformed’ Review: A Priest, A Diary, And A Bomb 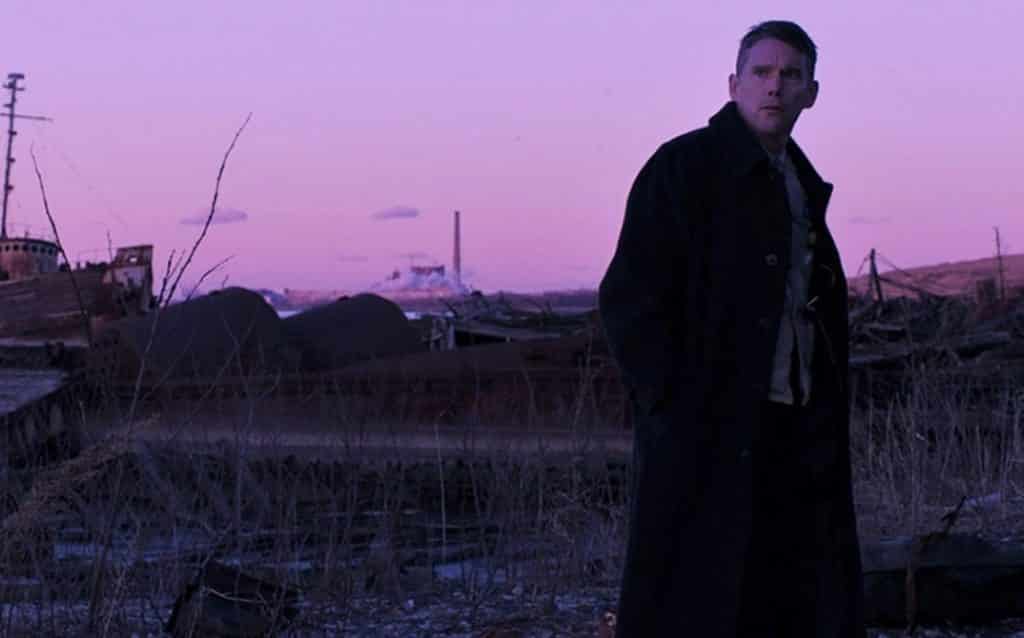 “I know that nothing can change, and I know there is no hope.”

I’ve never been a fan of religious films. The idea of watching a story where the power of God gets our characters through their endeavors always seemed full of it, like the Bible. If I do watch a film with religious undertones, it’s normally a movie that showcases the brutality of the subject like The Last Temptation of Christ and Silence. I’m also more inclined to watch a religious film if it has realistic discussions, like Dogma and The Seventh Seal—Dogma and The Seventh Seal in the same sentence–wow.

Now before you grab your tiki torches and call me an ill-informed hedonist, you should know that I was born and raised in the Christian faith. The “Good Book” was a staked staple into my mind like Jesus on the cross. So, when I heard veteran writer and director Paul Schrader’s latest film, First Reformed, is about a priest losing faith and slipping into madness—in the vein of Taxi Driver—I figured I’d give it a chance.

The story, which stars Ethan Hawke (Toller), is a powerful examination of a priest that is on the cusp of losing his faith. The film begins with Hawke playing the character with a great representation of someone using the standardized scriptures, phrases, and biblical allegories in a sleep walking manner. It’s through an intense, in-depth conversation Toller has with Michael, played by Philip Ettinger, that the gears in Toller’s head start turning. This, and the death of a character, presents a path to Toller that will allow him to apply his knowledge of the bible in a “constructive” way. I use quotations around that word because Toller determines his beliefs and conclusion are sound and will benefit the world no matter how dangerously fucked up his method is.

Ethan Hawke’s acting is outstanding in this movie. Hawke has been acting steadily since the 80s in every genre under the celluloid sun and this role shows the immense skill of that acting. I would be surprised if the “Best Actor” award during this next awards season was not catapulted in his direction. This film is filled with Hawke’s voiceover, but if this narrative device was removed, the impact of Hawke’s performance would be just as compelling. Hawke must’ve delved into his own dark places to display his character’s broken soul and abatement of sanity. 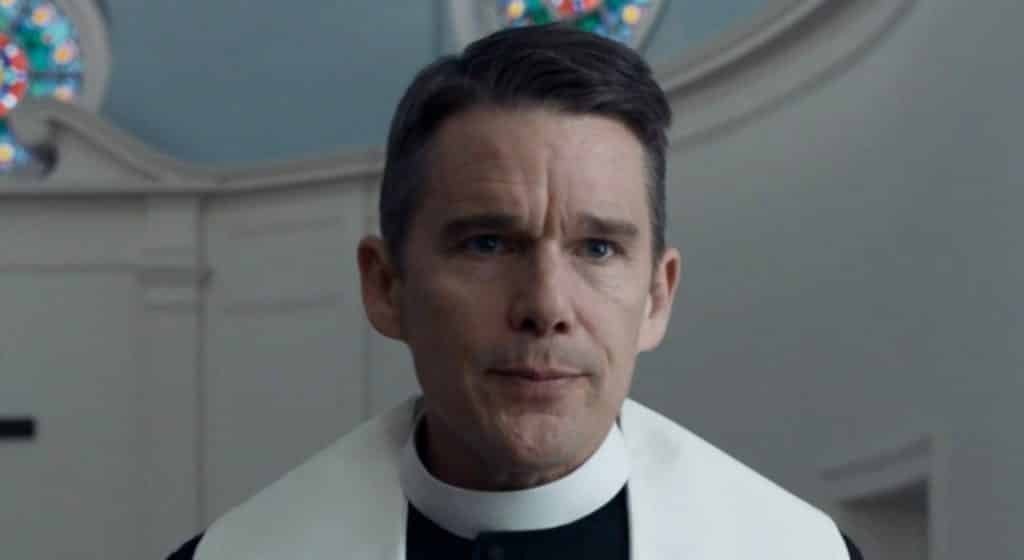 Though this film is Ethan Hawke centric, he’s not the only actor that steals the scenes.

Philip Ettinger stands well alongside Hawke in the few scenes he’s in. His imdb.com page shows several roles he’s played, but this one will put him on top. Ettinger’s character is nosediving from the real world in a convincing way that is both relatable and scary at the same time.

The actor that surprised the shit out of me was Cedric Kyles, also known as Cedric the Entertainer. He was able to take his level of charisma and apply it to the character of Pastor Jeffers in a way that reminded me of my years attending a Baptist Church. Not in the crazy-singing-speaking-in-tongues aspect of it, but the part when pastors would run their churches like a business with the lack of authentic belief in what they are preaching.

Speaking of lack of authentic faith, Paul Schrader’s directing splashes the level of commercialization of religion and its corporate use into this film without Bible thumping it into your head. There are scenes were scriptures are sprinkled throughout the film in such a tone-deaf way. You might catch a passage in the background that could easily pass for instruction on how to put an oscillating fan together. Schrader does this technique where he takes the camera to a Medium Closeup when the character is being defensive or not genuine with their words. Then he’ll do Closeups to Big Closeups when he wants the actor to display their characters’ true feelings through facial reactions that aren’t overdone.

The MVS (Most Valuable Scene) is a tossup. Hawke and Ettinger have an intense scene together near the beginning of the film that was a specimen of theological discussion about the world, religion, and the roles people play. Another candidate for MVS is the levitating scene featuring Hawke and Amanda Seyfried, who plays Mary. The scene starts off intimate between the two but then slowly drops into the mindset of Toller and then straight plunges into the breaking point of his mind. The scene came out of nowhere but was in no way a disservice to the film.

There is one glaring problem with the film that bugged me immensely—the ending. The beginning of the third act continues the descent of the character in a very thought provoking way but when we get to the end of the film, it just shits the bed. The expected ending—or an alluring hard left—would have been a nice finishing touch to cross that line into a great film. It was like watching a slow growing explosion that quickly turned into a misfire.