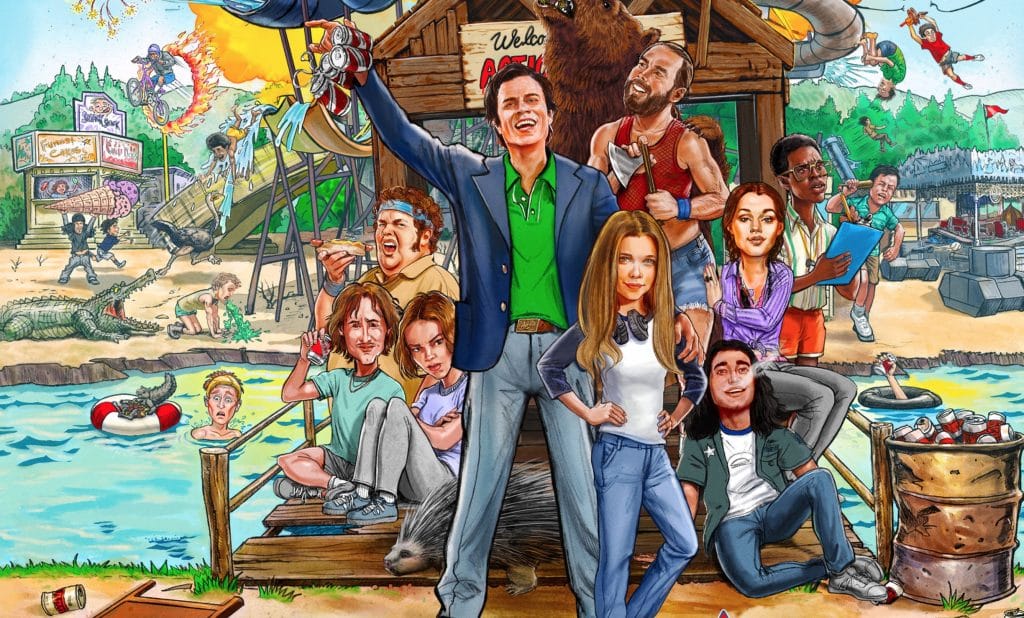 Whether its as one of the frontman of the debaucherous  Jackass stunt team or staring in linear features like Bad Grandpa, Johnny Knoxville has always stayed true to his vulgar self. While his latest Action Point won’t win any new converts, its a satisfyingly broad slapstick comedy that pays homage to the great comedies of the 1970’s.

Action Point follows D.C. (Knoxville) a daredevil by nature who has designed and operated his own theme park for years. With a new wave of theme parks coming, D.C. and his ragtag gang of friends look to save the park by adding even more insane ride attractions.

The selling point of Action Point is seeing Knoxville return to see his stunt-making heydays. While there aren’t quite as many stunts as one would expect, several of them are quiet satisfying in a shockingly funny way. I credit Knoxville for his continued dedication to his craft, constantly endangering himself just to get a laugh.

While its apparent many disagree with me (Action Point is hovering around 19% on Rotten Tomatoes), I found Action Point to be fairly funny. It’s certainly very hit or miss, but the film often mines laughs out of its slapstick stupidity enough times. Director Tim Kirkby lets his film aimlessly drift from one comedic setpiece to the next, and while that’s detrimental in most movies, its ideal for a comedy that packs very little in terms of story. I also enjoyed the nostalgic touches that Kirkby throws along the way, crafting a film that has the look and feel of old school comedies like Cadyshack.  Knoxville’s supporting cast, which includes Jackass comrade Chris Pontius, also deserves credit for the fun they bring to this material.

In terms of story and character, there’s barely enough to hold the film together, yet the film surprisingly still has a surprisingly  sweet core. The story is framed by an old version of D.C. telling his grandson about his adventures running Action Point, with the decision proving beneficial as it allows Knoxville to share his own nostalgia about his days growing up. Action Point takes a look at the beer-soaked memories of reckless fun as youth that stick with us forever, a small, yet worthwhile concept to convey.

Action Point will never be confused as a hallmark of storytelling, but I think Knoxville himself would be the first to admit that. This is a film designed with sole purpose of providing a raunchy fun time, and for me at least, it succeeded in that simple mission.

‘Upgrade’ Review: A Film That’s So Much More Than You’d Expect
‘Hereditary’ Review: Highbrow Horror Can’t Quite Live Up To The Hype
Advertisement
Advertisement
To Top