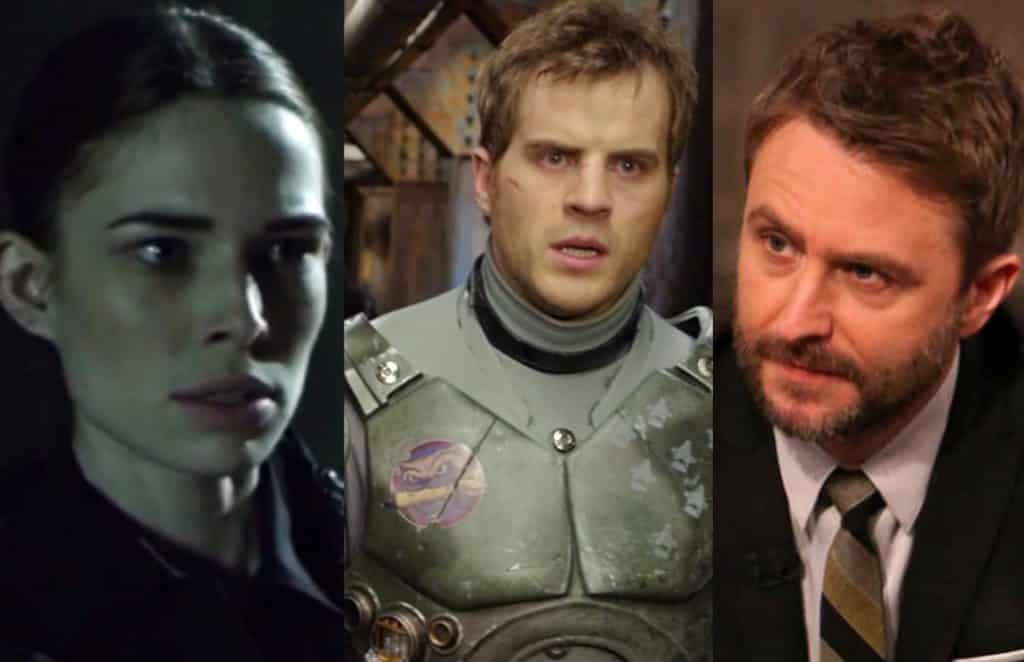 This past week, Chris Hardwick was accused of sexual and emotional abuse by ex-girlfriend Chloe Dykstra. It took the internet by storm, and resulted in Hardwick’s career in the film industry seemingly being over in a matter of days. Hardwick denied the allegations, saying:

“These are very serious allegations and not to be taken lightly which is why I’ve taken the day to consider how to respond. I was heartbroken to read Chloe’s post. Our three year relationship was not perfect—we were ultimately not a good match and argued—even shouted at each other—but I loved her, and did my best to uplift and support her as a partner and companion in any way and at no time did I sexually assault her.”

The apology wasn’t deemed sufficient enough, as he’s had his Talking series cancelled, and been removed from San Diego Comic Con this year. Some have said allegations shouldn’t be something that get someone fired, but it’s also been reported that Hardwick had Dykstra blacklisted, which I guess would be karma for him at this point. There’s also said to be evidence of all of the claims being made against Hardwick.

The latest place this story has seemingly gone, however, is towards Robert Kazinsky, current boyfriend of Dykstra, who has tweeted out quite a bit of support for his partner and the #MeToo movement.

Please take the time to read this, it concerns the person I love most in the world, the bravest I know. Please learn from it and understand how easy it it to end up here. https://t.co/4Djt8D6OEE

Sometimes it’s not about the abuser, it’s about the abused telling their story, the important thing isn’t the end result but rather the process. Names were never mentioned because it’s about her and other women who might be in danger. And for us who never saw the warning signs.

As @hardwick has chosen to deny Chloe’s account, I’ll take the opportunity to say I have seen the proof myself, I have seen the evidence first hand, I’ve seen the people who have come forward to tell @skydart how Chris ordered her blacklisted, there isn’t just one, there are many

For years the pain @skydart carried around was overwhelming, and even now @hardwick doesn’t have the decency to offer first an apology to the woman he destroyed intentionally. That’s all that mattered.

I’ve sat on this for years as it isn’t my story to tell, I even had to work with him and his accomplices, @skydart supported me through that like a god damn soldier. But now the whole world gets to see the incredible strength and resilience of a survivor like @skydart

One Twitter user pointed out an incident the actor had years ago, while working on a BBC soap opera called EastEnders. A report from 2007 stated:

Kazinsky, 23, who shot to fame as the show’s womaniser Sean Slater, has been temporarily axed for bombarding a model with obscene text messages and photos.

Kazinsky is said to have texted a model an obscene photo of his penis after meeting her online. He is also reported to have sent her an image of a pig with a penis for a head.

“Maybe Dirty Den has been giving him tips. I can’t watch EastEnders now. Every time I see him on screen I think of that horrible picture. It makes my skin crawl. Rob and the likes of Leslie Grantham think that because they are famous they can do what they like – but they end up hurting other people’s feelings.”

The report also states that Kazinsky said things like:

A few Twitter users stumbled upon the report, and got a response from Kazinsky:

No I did not. And one day I’ll tell that story which I’ve never told. Though in life I am not beyond reproach by any means, that’s part of learning from #metoo rather than burying your head in the sand. Whataboutisms detract from the reality of real truth. This is about @skydart https://t.co/sJITdwoDoW

People learn and grow. That’s the whole point of making mistakes. People trying to equate sending one inappropriate picture to years of systemic sexual and emotional abuse are part of the problem. You’re part of the solution rob and Chloe is a warrior and a beacon of light.

You mean when you sent unwanted photos of your junk to a former model? I remember that.

rules for thee but not for me

Yes you did. Don’t deny what is obviously true. More women are coming for you.

Saying “no I did not” does not make it so

He doesn’t even have the decency to apologize.

It’s hard to say we have to believe all the women… except for that one who said s*** about me.

“It was 11 years ago” should’ve been Bill Cosby’s defense. You should be a lawyer.

I’m sitting here, somewhat amazed that people fighting FOR the #metoo movement are actually using “It was only a dick pic” “Yeah, but he admitted it” and “but it was a long time ago” as defenses for what Kazinsky did – especially when he’s saying his #metoo moment didn’t count 😞

Don’t be so shy…cmon tell us who did you assault? How many? Don’t put your head in the sand! Be a big boy and own it.

But if we say it’s true, it’s true right? We don’t have to prove anything. We can say we have proof but don’t have to produce it, and your career will be ruined. You should not defend yourself, and if you try, you’re an even bigger jerk. Just accept your #metoo moment quietly.

Kazinsky did apologize after it happened in 2007, but with this being before the age of Twitter and social media, this entire story has largely just been forgotten. It’s interesting because Kazinsky immediately says he did not have a #MeToo moment, denying something that he did in fact apologize for.

It’s also interesting to point out that people are saying “it was 10 years ago” as if that makes it not matter at all. Dykstra dated Hardwick from 2012-2014 and her story just came out this week. Since it happened in the past, does that mean it doesn’t matter since it was so long ago? I’m not sure that’s how that works, but that’s ultimately not up for us to decide.