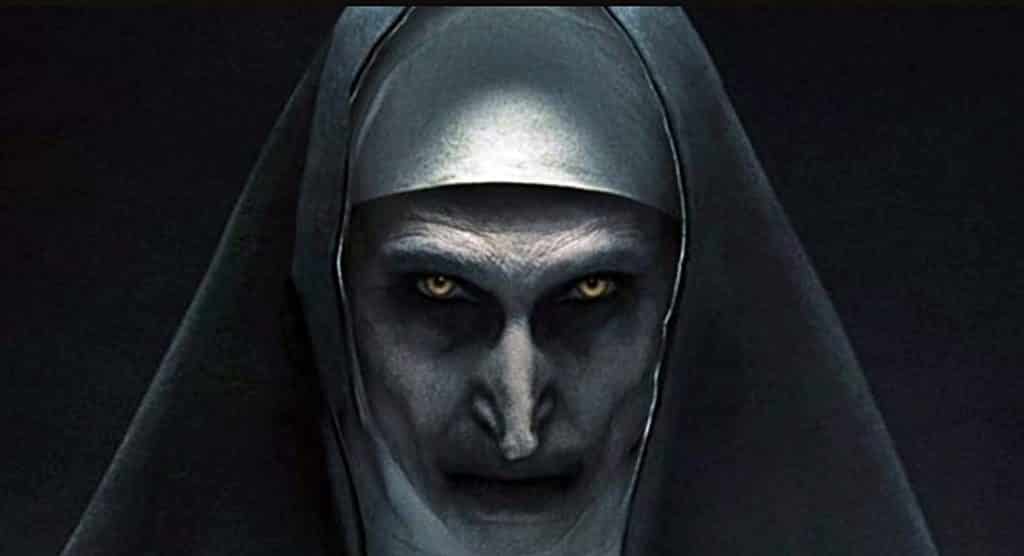 We first saw The Nun,  played by Bonnie Aarons, in The Conjuring 2.  Not only did exactly what they were hoping by scaring the crap out of a ton of people, but later received its own stand-alone film. Aarons isn’t well known for large roles, but the amazing number of small roles she has had would shock you.

This is Bonnie Aarons.

The Nun is an amazing character that wasn’t originally written into the film – but added in during reshoots, and thank goodness for that. Though Aaron didn’t have much to get wrong in The Conjuring 2, it turns out she has plenty of acting experience. On her IMDb page, she is credited with 34 film and television acting positions, starting her career with 1994’s Exit to Eden.

You may know her (or not) from movies such as The Princess Diaries and the sequel as Baroness Joy Von Troken and in Wristcutters as a Messiah Worshipper, however that isn’t a lot of experience scaring people out of their seats. Her roles are mostly credited in unnamed ways such as Waitress, The Prostitute and even Crackhead Bonnie – with only a few that some might recognize from the horror scene (Drag Me to Hell – she’s credited as ‘Mother and Daughter at Death Feast’).

Today I learned that The Bum from Mulholland Drive, The Nun from The Conjuring 2, and Baroness Joy von Troken from The Princess Diaries are all played by THE SAME ACTRESS, Bonnie Aarons. pic.twitter.com/FvmCncRzdc

It turns out, though, that she has a surprising role/scene in a film that many may not realize is her. We are talking about ‘The Bum’ in David Lynch’s Mulholland Drive. She did one heck of a job with her jump scare, as some have said it was one of the scariest ever.

Aarons has also overcome obstacles in her life, such as attending school for acting in New York only to be told she would not have a career due to her looks. However, it seems her unique appearance is what gave her the leg up for the role of The Nun, and has possibly sky rocketed her horror career into a new direction.

We are looking forward to seeing Aarons on the big screen September 7th when The Nun releases. Until then, we have the terrifying trailer to hold us over.

Do you think she will do well in her standalone film?  Be sure to let us know in the comments below!

Continue Reading
You may also like...
Related Topics:Bonnie Aarons, Horror, The Nun