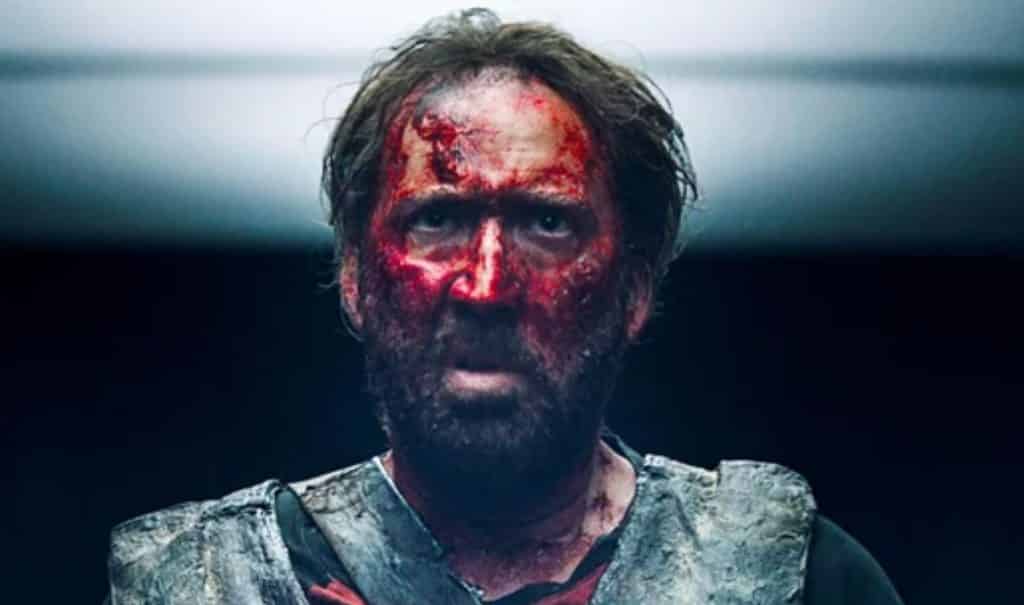 Nicolas Cage is picking some pretty interesting projects these days, but I guess that’s always been the case. He’s never been an actor to be picky about taking on a role – good or bad. Obviously, over the last few years, it’s been more bad, but every once in a while, there’s some good. I’ve gone on record as saying he’s one of the best actors in the business when he’s trying – and in this year’s Mandy – that appears to be the case.

The film currently sits at a 97% on Rotten Tomatoes (it screened at Cannes earlier this year) and some of the biggest critics have praised the film:

Hollywood Reporter: Cosmatos’ ability to put us in Red’s head – overwhelmed at first with pain and fury, then saturated by the strange drugs he for some reason feels compelled to try – make this much more than the usual exercise in vicarious bloodshed.

Vulture: [Nicholas Cage] works precisely because there is a great actor underneath it all and because he does tap into something so ferocious that other people wouldn’t dare to touch.

IndieWire: For years, [Nicholas Cage] has swung wildly in search of gonzo material; at long last, he’s found a movie willing to match his crazed intentions.

AV Club: Were scientists to engineer an uncut, 100-proof cult sensation, it would probably look, sound, and kick like this.

RogerEbert.com: As if its sole goal was to take the heavyweight title of Nicolas Cage’s Craziest Movie Ever, “Mandy” exhibits what Shakespeare called “vaulting ambition” in producing the nuttiest ways for Cage to get into one phantasmagorical showdown after the next.

The film doesn’t appear to have a release date yet – but when it does, we’ll get it to you.

What did you think of the trailer? Are you looking forward to the movie? Be sure to tell us all of your thoughts in the comments!

Continue Reading
You may also like...
Related Topics:Mandy, Nicolas Cage