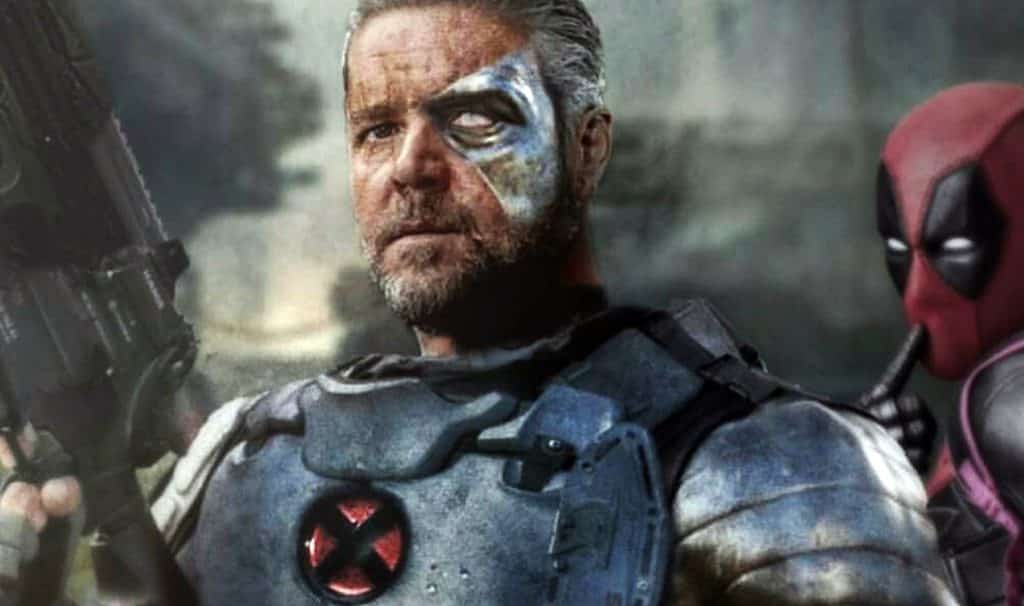 There are many tiers of stardom, especially when it comes to Hollywood actors. You have the dreamers, waiting tables between endless auditions, at the bottom of the heap. At the very top are the award-winning superstars who  never have to audition for anything. Like ever. They’re doing you a favor by agreeing to even consider reading your script. There are many rungs on the ladder in between. But the top level is the one pertinent to this case. Australian actor Russell Crowe resides in this rarefied air. His list of credentials is a mile long. Regardless of stories of his diva-like behavior in the past, he nevertheless commands a great deal of respect due to his talent.

Unfortunately, no one told Rob Liefeld. The artist and writer is responsible for the creation of X-Force and its badass leader, Cable. His inability to draw feet notwithstanding, as the person who conjured the time traveler, his opinion would hold a fair amount of weight when it came to casting the character in Deadpool 2.

Liefeld knew exactly who he wanted: Russell Crowe. (Which is a bit perplexing, as he bears little resemblance to the hugely muscled, battle-hardened warrior. Then again, neither does Josh Brolin. But I digress.) Liefeld made his interest known early in the process of making Deadpool 2. Posting on Twitter, he wrote “Hey @russellcrowe, you should read for Cable!”

I should read for it? https://t.co/kLONW0gBGI

that’s not what reading for it means .

Bless his heart, he meant well. But he woke up the next day to an admonishing barrage from Fox executives. In his own words, via Collider:

“One night before I went to bed, I didn’t know Russell Crowe was on Twitter, and I stupidly tweeted to Russell Crowe – not ever thinking he’d answer me – and I go ‘Hey Russell, you should read for Cable!’ That didn’t turn out very well, I got yelled at a lot, because I woke up – because he’s in Australia – to Russell Crowe saying ‘Read for it?!’ And my manager said ‘Yeah, Russell Crowe doesn’t read for parts Rob, you kind of insulted him. I’m like ‘I’m sorry! They just haven’t picked Cable yet so I’m just putting it out there.’ And then my phone rings, so some Fox people may or may not have yelled at me for an hour.”

Poor Rob. He takes enough flak for his oddly disproportional muscle-headed heroes. But this was across the line, in the eyes of many studio lackeys. And apparently, Crowe himself as well.

Is this just a case of Mr. Crowe being a spoiled star (again)? Or did Liefeld commit a genuine fubar? Tell us your thoughts in the comments.

Continue Reading
You may also like...
Related Topics:cable, Deadpool 2, Marvel