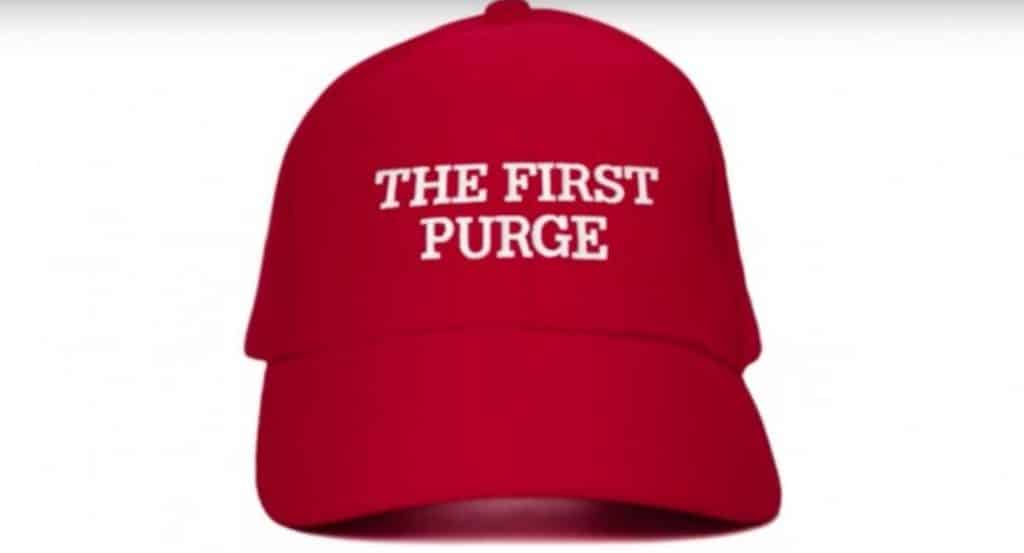 Making a name for its mixture of genre thrills and sociopolitical commentary, The Purge series has been one of the most prosperous horror franchises in recent memory. While the series quality has been relatively hit or miss (Purge: Anarchy being the standout in quality), I was curious to see what new angle could be captured with the franchise in its 4th entry The First Purge.

Taking place before the events of The Purge, we follow a few civilians on Staten Island, the location for the first ever Purge. To ensure successful results, the political overseer the New Founding Fathers of America create a war zone that features fears that few citizens could predict.

This may be a prequel for the franchise, but it does follow a familiar rinse-and-repeat formula of following a few civilians looking to survive the night. The character work here is actually an improvement however, as Y’lan Noel and Lex Scott Davis bring our two leads to life with solid performances. Playing former love interests separated by two paths of the law (one a drug dealer, the other a protestor), both actors bring much-needed gravitas to this dopey material. I credit series writer James DeMonaco for taking the time to give some backstory and and realism to these characters, giving their conflict proper agency.

Like its predecessors, The First Purge does feature some fun moments that genre fans will get a kick out of. Director Gerard McMurray efforts are most apparent in the film’s final third, which features close-quarter combat in a raided hotel. His use of erratic lighting and close-up camera work properly sets up the mood and atmosphere, with the action still being conveyed with an effective impact. This portion of the film ends up being its most accomplished, delivering some fun, yet tense set-pieces. 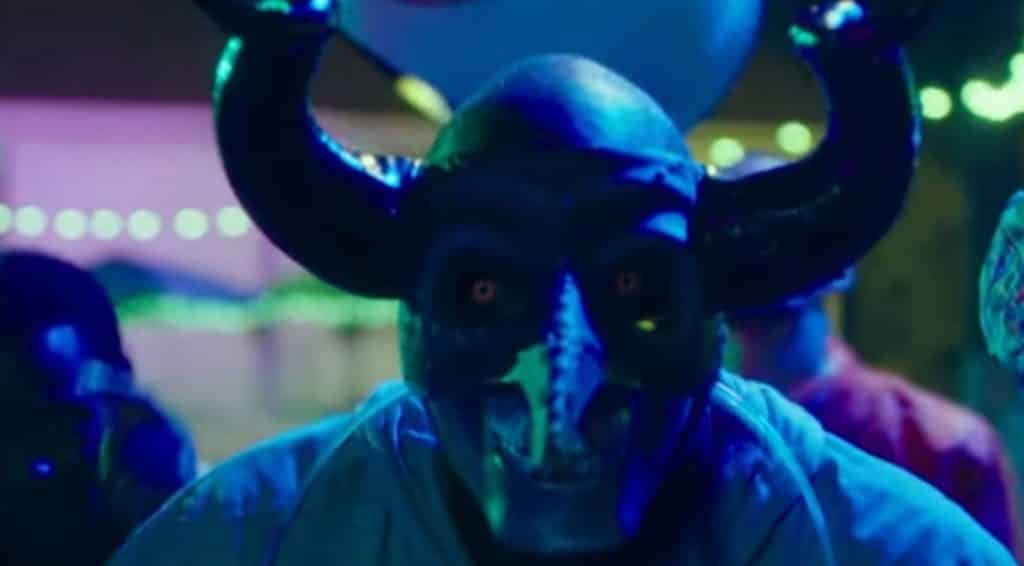 Unfortunately, it takes the film far too long to get to its rewarding conclusion. The First Purge admirably tries to be a genre film about something, mostly focused on tackling current day issues like police brutality and classicism. While interesting in approach, DeMonaco’s script never breathes much insight or impact in his commentary, as it ends up feeling far more obvious than insightful. Add that with the fact that the film completely wastes the talents of Marissa Tomei as the founder of the Purge experiment, its a frustrating mixed bag

As the film hamfists its audience with misguided commentary, McMurray’s direction largely fails to grab the audience. Until its final third, the film rarely indulges in any interesting stylistic choices, making much of the action familiar and bland. The film’s R-rating is barely justified, with the film never indulging in the horror or brutality of the action. Like all the films in the series, it doesn’t know if it wants its audience to enjoy the action or be horrified by it.

The First Purge has its head and heart in the right place, but fails to ever nail the tight balance it tries to achieve. Hopefully future films in the franchise will bring something more unique to the franchise.

Continue Reading
You may also like...
Related Topics:Horror, The First Purge, The Purge