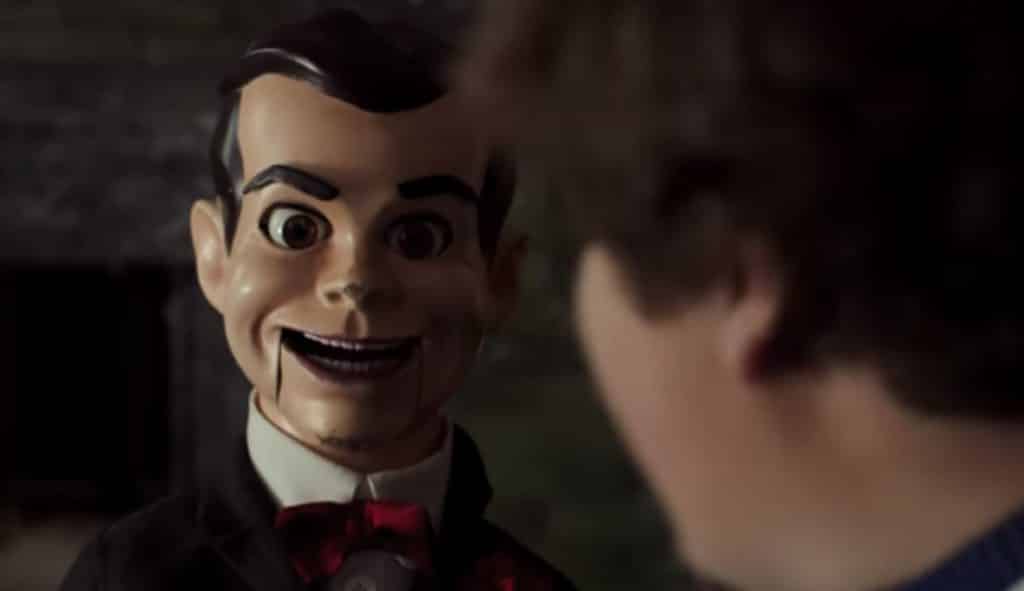 Sony have released the first trailer for the upcoming sequel to 2015’s Goosebumps – Goosebumps 2: Haunted Halloween. Based on the best-selling book series from R.L. Stine, the films follow the idea that the things in his books can come to life. In the trailer the two boys come across the one book no one was supposed to find – Haunted Halloween. Opening the book releases a troop of Stine’s characters, including Slappy the dummy and killer gummy bears. You can watch the trailer below:

The first movie starred Jack Black, Dylan Minnette, Odeya Rush and Ryan Lee and grossed $150.2 million worldwide. The actors were expected to return for the sequel but now it is unclear as to whether or not they will make an appearance.

Pre-production for this sequel was rocky as it underwent multiple name changes. It was supposed to be Goosebumps: Horrorland, then Slappy’s Revenge, then Slappy Halloween, before Goosebumps: Haunted Halloween was decided upon. Also, after the first movies’ director Rob Letterman turned down the project, it was reportedly a struggle to get Ari Sandel on board.

Goosebumps 2: Haunted Halloween is coming to theatres on October 12.

What do you think of the trailer? Let us know your opinions in the comments!