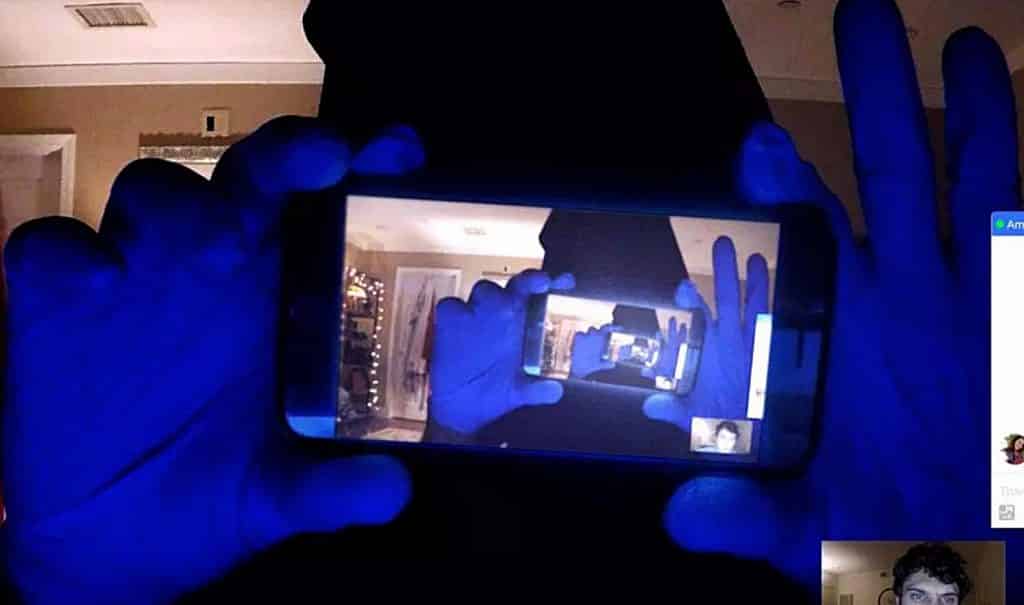 The sequel to the 2014 found-footage horror movie, Unfriended, is being released in a few days. Blumhouse’s Unfriended: Dark Web is directed by Stephen Susco and follows a programmer named Matis, who finds hidden files on his new laptop that lead him and his friends to the dark web. The film, similarly to the first, will be shown from the perspective of a MacBook screen. Recently, we got some interesting new information about the movie.

According to a note sent out to digital cinema managers and projection staff, Unfriended: Dark Web will have two different endings. You can see a screenshot of the note shared in the Tweet below:

In a really weird turn of events, Unfriended: Dark Web will have not one but two separate endings in theaters. pic.twitter.com/jqaqHmqYAZ

As you can see, the full feature with ending 1 comes to 1:32:22, and the full feature with ending 2 comes to 1:31:55. We can assume that the different endings will be shown in different theatres or screenings. There is no information yet on how the alternative ending will differ from the version premiered at South by Southwest in March, and no way of knowing which ending you will get.

Unfolding in real-time Unfriended: Dark Web is the most terrifying horror yet from the producer of Get Out, Happy Death Day and The Purge, and the makers of Unfriended. When a 20-something finds a cache of hidden files on his new laptop, he and his friends are unwittingly thrust into the depths of the dark web. They soon discover someone has been watching their every move and will go to unimaginable lengths to protect the dark web.

Unfriended: Dark Web is being released on July 20.

What do you think of the movie having 2 endings? Let us know in the comments!