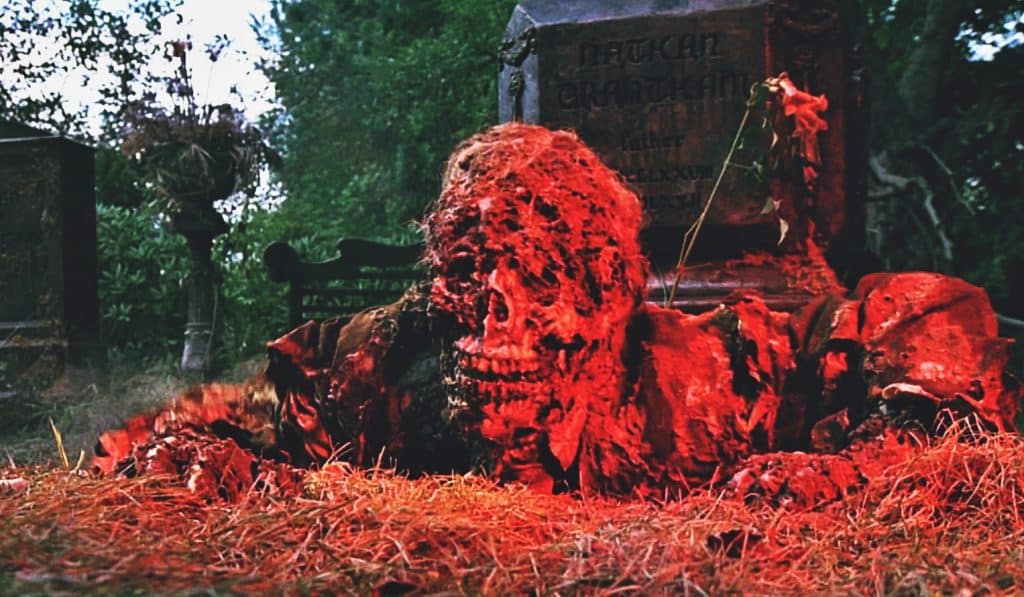 Creepshow is an anthology horror movie from 1982, written by Stephen King and directed by George A. Romero. We can now report that the horror streaming service, Shudder is bringing Creepshow back but this time as an anthology series. Shudder will launch the show next year and the first episode will be directed by special effects make-up maestro, Greg Nicotero (The Walking Dead).

Each episode will tell a different, original story and have a different director. The show will be produced by The Cartel with Monster Agency Productions, Taurus Entertainment, and Striker Entertainment. Creature and make-up effects will be handled by KNB EFX Group, Nicotero’s company.

“Creepshow is one of the most beloved and iconic horror anthologies from two masters of the genre, George A. Romero and Stephen King, We’re thrilled to continue their legacy with another master of horror, Greg Nicotero, as we bring a new Creepshow TV series exclusively to Shudder members.”

Nicotero expressed his excitement about the project:

“Creepshow is a project very close to my heart! It is one of those titles that embraces the true spirit of horror… thrills and chills celebrated in one of its truest art forms, the comic book come to life! I’m honored to continue the tradition in the ‘spirit’ which it was created.”

This is what Cartel CEO Stan Spry had to say:

“The Cartel is excited to bring the iconic Creepshow brand to Shudder as a series, there is no better person to be the creative force behind this new production than Greg Nicotero. His experience and leadership will ensure that the series is of the highest quality and will help to excite horror fans around the world.”

Creepshow will be coming to Shudder in 2019.

What do you think of this news? Tell us your opinion in the comments!