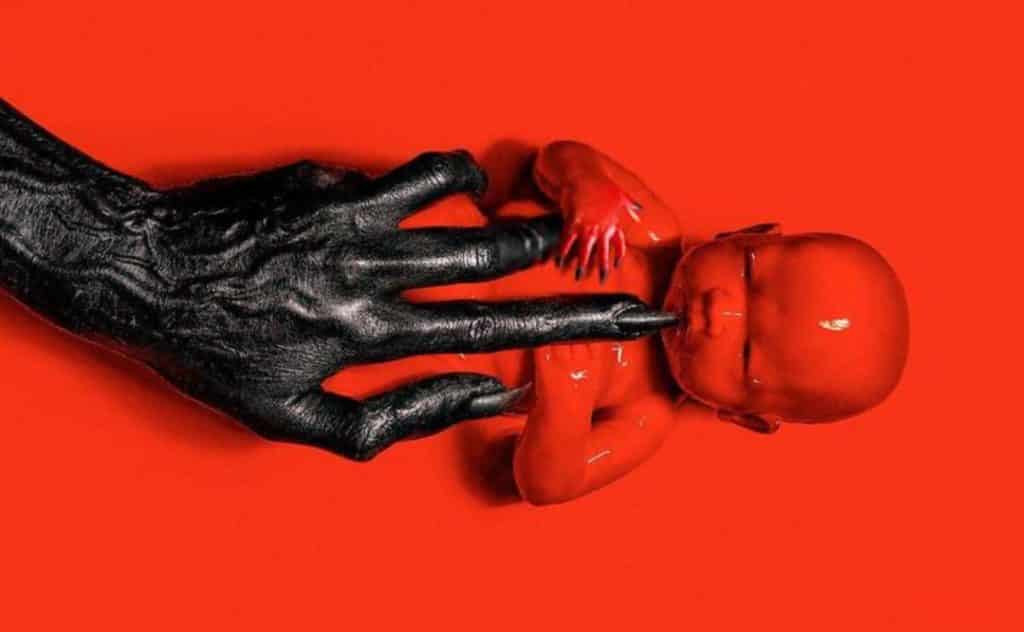 The eighth season of FX’s American Horror Story will premiere on September 12. In June the show’s creator, Ryan Murphy revealed that this season will be a crossover of Season 1’s Murder House and Season 3’s Coven. It has now been announced that the title of this season is American Horror Story: Apocalypse. The artwork for the new season is haunting. It shows a red baby with claws and a blackened hand coming towards it.

We know that all of the seasons of American Horror Story are supposed to be connected in some way, and at the end of Murder House we saw Vivien Harmon (Connie Britton) give birth to Tate Langdon’s (Evan Peters) baby.  Constance Langdon ( Jessica Lange), Tate’s mother was left raising the Anti-Christ child. Fans have speculated that as this seasons title is Apocalypse, the child will return and carry out the threat delivered by Sarah Paulson’s character in Season 1.  Billie Dean Howard said in episode 9 that “A child born of human and spirit will usher in the end of times.”

Back in April, Hollywood Reporter shared that during an Emmy FYC panel, Ryan Murphy revealed that this season of the show the show will be “heightened. It’s not necessarily as real and grounded as the past season. We’re sort of getting back to Asylum and Coven. It’s that tone. That’s the tone of it.”

Are you looking forward to the new season of AHS? Be sure to tell us all of your thoughts on it in the comments down below!