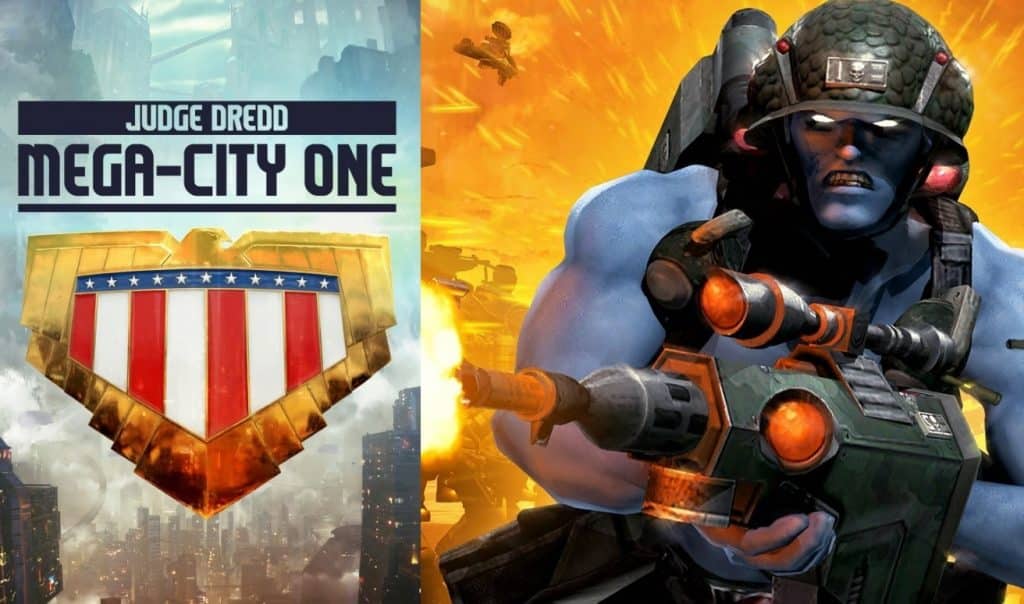 While attending San Diego Comic Con this past weekend, I was able to chat with 2000 AD‘s Michael Molcher, about their upcoming projects that include the highly anticipated Judge Dredd series, Judge Dredd: Mega-City One. We also spoke about other potential characters they have lined up, and the recently announced Rogue Trooper movie coming from Duncan Jones.

I was talking to one of your associates about Rogue Trooper.

And I know Duncan Jones just got announced as director for that film, so I was wondering – why did you guys decide to choose Duncan Jones or did he come to you?

Michael: We’ve been talking to Duncan for quite a long time. He’s a huge 2000 AD fan, from when he was a kid, and he’s been looking for -hoping for – an opportunity to do a movie based on one of our characters. In our discussions, it slowly settled on Rogue Trooper as the property that he wanted to do, so the deal was signed just before San Diego and Duncan said that – and he couldn’t be here – he wanted to get the news out and we were fine with that. It worked really nicely, he came up with a plan to do little teasers.

Michael: The first teaser was him saying that he was going to doing a comic book movie and the second tease was a little video – you probably saw it on Twitter – with his little mohawk.

No didn’t see it yet, I missed that.

Michael: He’s sort of doing a little poem and reveals that he has a blue mohawk and on and anybody who’s a big fan of Rogue Trooper immediately knew who it was and then we announced it on Monday.

Michael: The buzz has been fantastic. We have people, lots of people, coming up to the booths—professionals and fans alike—they’re really excited.

I’m a huge fan of Duncan Jones, he came out with Moon and Source Code, so I really think it’s great that he’s coming back. I didn’t really know much about the Rogue Trooper character before walking over here but your associate explained him to me and I thought, “That’s dope”. 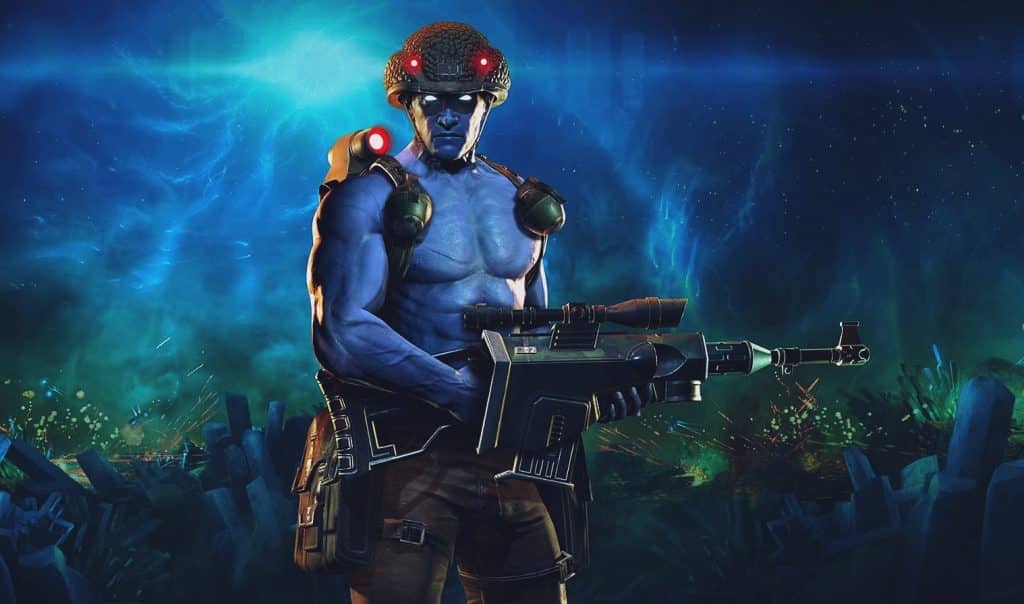 You said the decision to do Rogue Trooper, he (Duncan Jones) was kind of warming up to it, was there something else that he was planning on approaching you guys with?

Michael: I can’t really say because the discussions were long and ongoing. He’s not been shy about making his desire to make a 2000 AD movie quiet. Rogue Trooper felt like the right fit for what we wanted and for he wanted to do.

I got introduced to the Button Man, I’m already in love with the character. Your associate had said that it was getting optioned for JJ Abrams?

Michael: It was optioned for many years and JJ Abrams’s Bad Robot optioned it 2 or 3 years ago, I think. Part of the problem is it’s creator owned, so I don’t have chatter room verse because John (Wagner) and Arthur (Ranson) basically deal with it. I understand that option has lapsed so, they’re probably looking to re-option it with someone else. It’s such an amazing book and an amazing character and I imagine it shouldn’t be out of option very long. 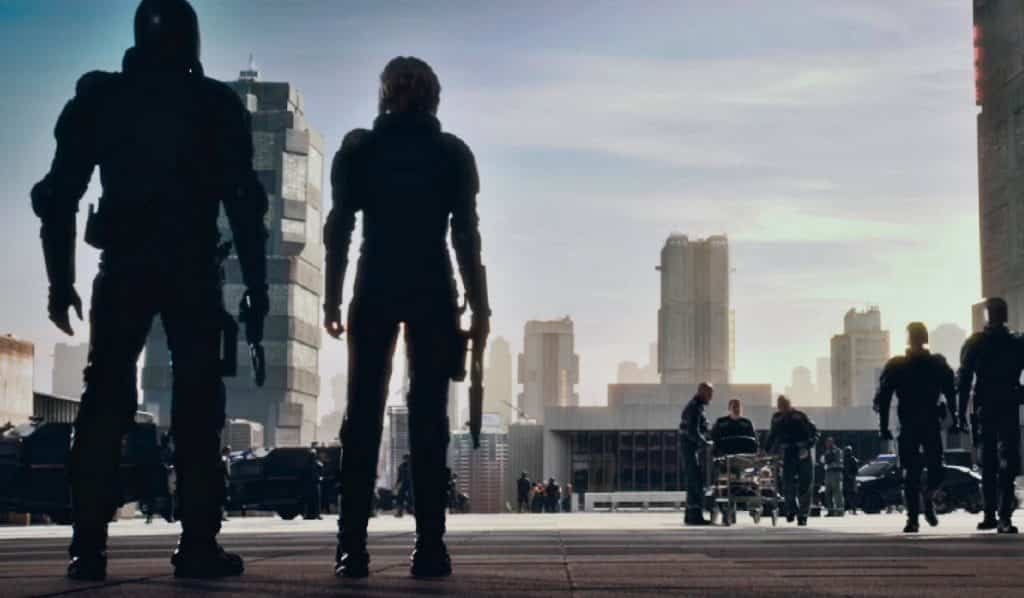 Now, I heard you guys were going to have a Dredd exclusive popping up here at the con?

Michael: Basically, the script for the pilot episode is done, it’s been completed, and the first two seasons have been plotted out [and] ready to be scripted out.

Michael: Yeah. The writer that’s working with the team—we’re not having a principal writer—but he’s working with the rebellion team, is Rob Williams who writes Judge Dredd for us. He wrote Suicide Squad for DC. He’s got a lot of experience with Dredd and this world. Yeah, it’s kind of an exciting time. We’re also currently scouting filming locations in the UK to film it. We want to keep that domestic affair as much as possible. 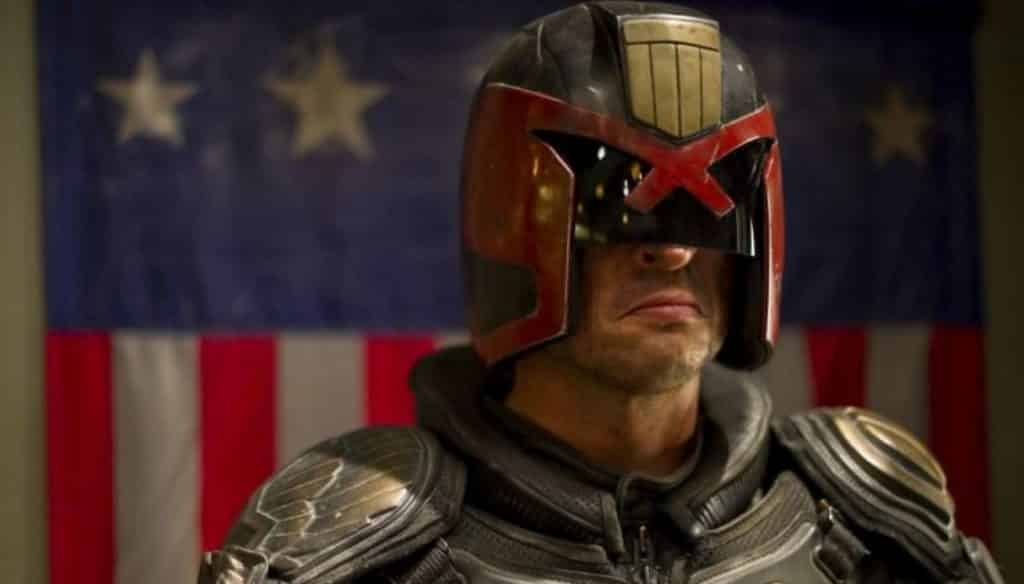 The people want Karl Urban to come back as Dredd. Do you have any news that he is coming back?

I want to come back to Rogue Trooper. Duncan Jones is set to direct it. Do you guys have a script in order or are you guys still working on it?

Michael: He’s going to write and direct so he’s actually working on the screenplay now. He’s enthusiastic on what he wants to do. We wanted to announce it as soon as possible rather than keep it under wraps. So, yeah. He’s working on the script, so I understand, and has a schedule in mind for what he wants to do, so it would be really interesting now to sit down and plan out on how this is going to work.

Are you guys planning on doing anything else, feature-wise as in your 2000 AD collection?

Michael: Jason Kingsley, our creative director and CEO, he’s in constant conversation with quite a few parties – let’s put it that way – who are keen to license our characters for movies and TV.

Can you name any of those characters?

Michael: *shakes his head* Sorry, man. For me the important point is that there’s always interest. You know, people asking about [the lack of 2000 AD movies]. There’s always people interested, but, they have to be done right. We don’t want to just fling these characters into the ether, otherwise you’ll end up Judge Dredd (1995).

We are very much custodians of this and you don’t be a good custodian just by allowing people to do whatever they want with the characters, because what’s not true to the source material – is not good for the fans. You got to look at the reactions to the Dredd movie, critically and fandom. Yeah, it didn’t do great at the box office, but everyone said it’s true to the comic book.

It’s a great comic book movie. I remember when I first saw it I thought, “Wow, that’s an awesome movie!”, but at the same time I was walking out and I thought, “the sequel is never getting made because people aren’t going to appreciate this great movie”. 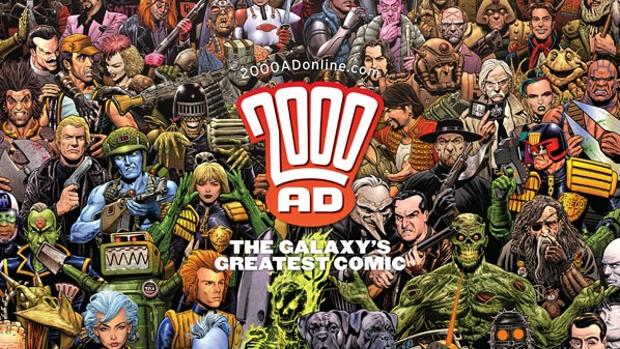 Michael: The thing is we don’t—with one or two exceptions—really do shared universe. What’s interesting with the Rogue Trooper is—as a character—we use him sparingly now. There’s not an awful lot of newer Rogue Trooper material but, what has happened is that we’ve done spin offs. There’s a series called The 86ers which is about fighter pilots. There’s series called Jaegir which is taking the viewpoint of the Norts, the enemies and she’s a war crimes investigator.

You also got Hunted which is the re-telling—because the original premise of Rogue Trooper was that he was hunting for the traitor general who betrayed the G. I’s. Hunted is the telling of the story from his perspective, so you know, Rogue Trooper is pursuing him. He’s (Rogue Trooper) is barely even in it. It’s very much tied into together, that kind of thing, that would be amazing if Rogue Trooper could expand into that.

Yeah, it looks great to be expanded on because of all the spin-offs you guys have with that character. It would be really awesome if you could keep it going on with that.

Michael: In terms of other stuff, our characters tend to stand on their own two feet. What Marvel has done over the last ten years has been absolutely incredible. I think, “Let’s take it a step at a time.” (Chuckles) With 2000 AD, we’re hoping that the interest with Duncan (Jones) doing Rogue Trooper, and us having other potentially exciting announcements in the future, will turn people on to this massive archive that we have and have them beating down our door.

But, like I said, only if they want to do it right.