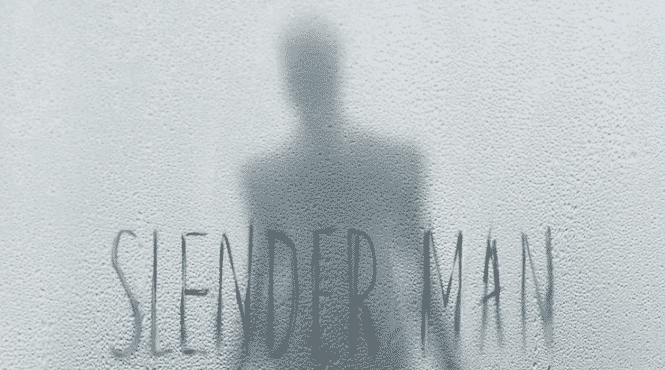 Slender Man is garbage. I’m sorry. I didn’t mean bury the lead. Let me start over…Slender Man is still garbage. I know the trailer didn’t show anything promising or insinuate that it would be the best horror film ever, but I expected at least a tolerable job from the guy who directed Stomp the Yard, The Losers, and a couple of episodes of FX’s The Americans. Sadly, this film is more laughable than scary and more frustrating than watchable.

You remember the Slender Man, right? The Reddit thread about a tall, lanky, no-face, pale humanoid that wore a suit and kidnapped children in the woods that people swore uphill and down was true. Some people took the story as bullshit but unfortunately, some took it at face value. Hollywood being Hollywood saw the potential for a new horror franchise and ran with it.

The film’s story follows the typical tropes of kids foolishly messing with the supernatural on a boring night. The main cast—which consists of four girls whose names I didn’t bother to remember—find a video online to bring the Slender Man upon them and voila, you have the film’s plot. 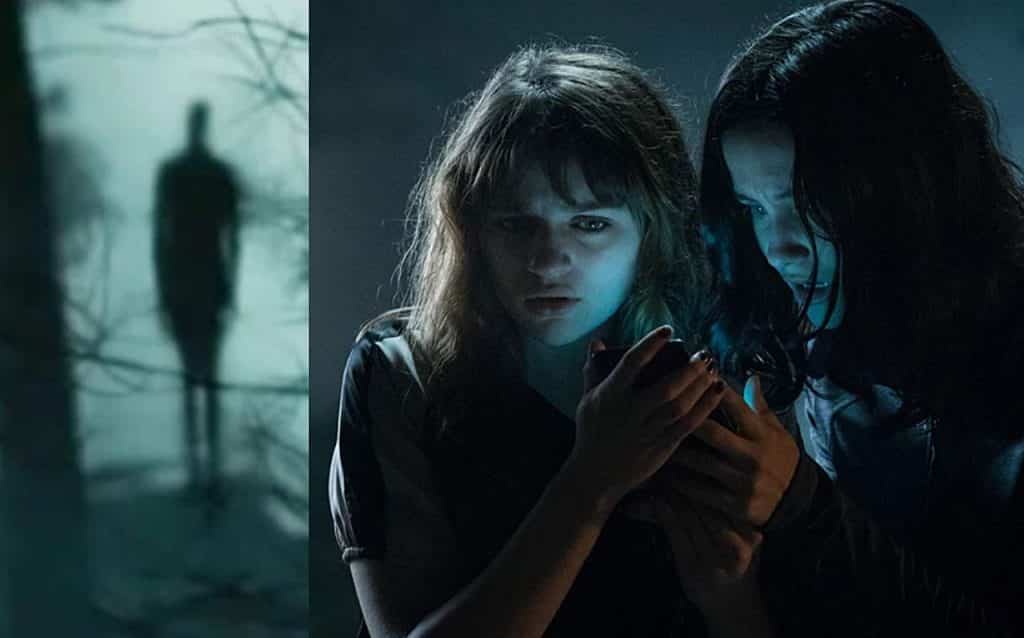 The plot of the film is incredibly boring. I found myself falling asleep several times during the movie and, oh my god, there are a ton of plot holes. It might as well have been called ‘Swiss Cheese Man’. Hold your applause. The way the girls came across in this Slender Man video was just so stupid. These four teenage girls were misfortunate enough to play Google roulette, found themselves with a preloaded curse, and pulled the trigger with one click of the mouse.  There are parts of the film that make no sense. One glaring example is the girls blindly trusting someone they met in a chatroom for answers on what happened to the friend, or what is going on in their lives.

Another problem in the plot is the introduction of two characters affected by the curse one minute, then in 5 minutes flat, that plotline is thrown away and forgotten by the two remaining girls. There’s even a betrayal in the film that was ineffective and not earned… at all.

The acting of this film is about as bland as the way the movie looks. Wren (Joey King. I had to look her up on IMDb.) was probably the one that stuck out the most in the film, but that’s because she wore clothes that were slightly different than the others. Most of the cast of the film was either overacting or underacting with no balance in the middle. Hallie (Julia Goldani Telles. Thanks again, IMDb.) looks like she was half awake for the majority of the film. If this was supposed to show her skills in brooding, I completely missed it. 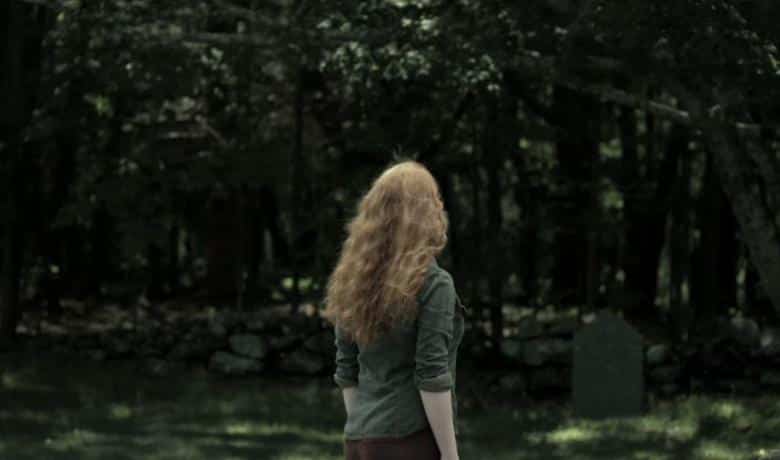 The movie clocks in at 1 hour and 33 minutes, but it felt like it went on way longer than that. Most of the direction of the film didn’t help either. Some of the scenes were too dark to see what was going on and the pacing was rushed like it was trying to get somewhere in a hurry—probably to credits.

One thing that I will give credit to is how Sylvain White’s direction in a few scenes conveys the girls’ journey into madness as the Slender Man gets closer to capturing them. Wren goes to the local library to get more information on the Slender Man and she goes through this trippy and horrifying journey in the aisles of the bookshelves.  The camera comes in and out of POV mode and shows the area physically stretching which displayed a bad hallucination that allowed me to feel the fear in Wren. Another example of the use of a well done POV shot is when Chole (Jaz Sinclair.Yeah, IMDb.) receives a video call on her phone. What she sees is her would-be killer’s POV approaching her house and phasing through the walls to get her.  As for the design of the Slender Man, it was “meh” at best. I heard more people yawning or laughing when this “scary” creature would pop up his faceless head.

If you want to take a nap in an air-conditioned theater and have white noise play in the background, go see this movie. If you enjoy money in your pocket and wish to save it for something worth a damn, don’t see this movie. It’s not scary and everyone’s actions or motives are dumb and pointless. Oh, did I mention that this film is garbage?

“He gets in your head like a virus! Some he takes. Some he drives mad. Once you see him, you can’t unsee him”