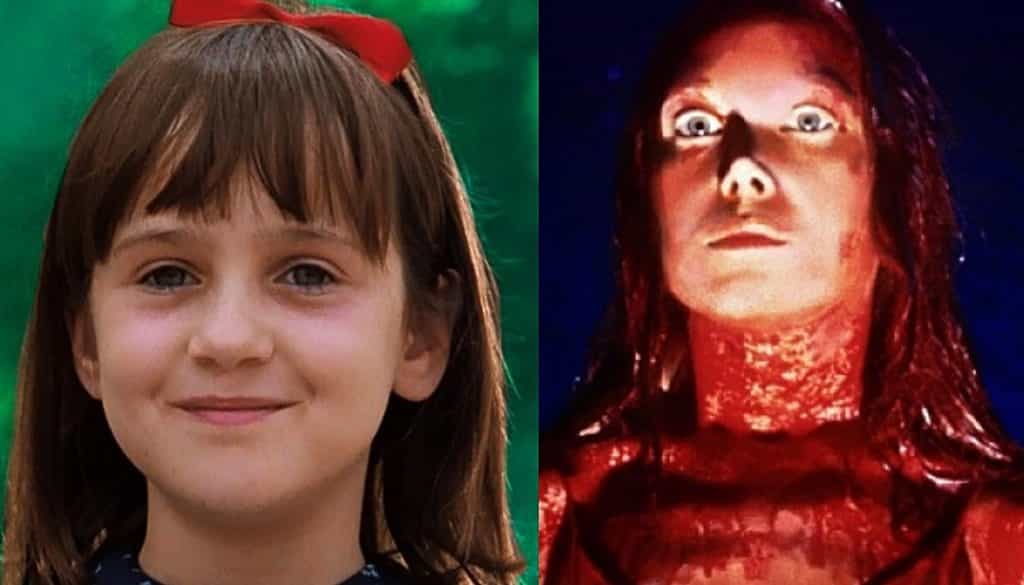 Did Roald Dahl’s Matilda, from the 1988 book and 1996 movie of the same name, grow up to be a vengeful, telekenetic, outcast? Some people seem to think so. According to a theory on Reddit, Matilda grows up to be Stephen King‘s Carrie. Sure, this might sound outlandish at first glance, but hear us out. We’ll first start by highlighting the similarities between the stories with this fan-made, mash-up trailer:

The basis of the theory is that Miss Honey can’t bear to stay, with Matilda, in the house that once belonged to Miss Trunchbull. The two move to Maine and change their names to Margaret and Carrie White. After the traumatic events of their past Matilda suffers from PTSD and forgets about her abilities while Margaret (Miss Honey), turns to religion for comfort. Margaret forces these extreme religious beliefs onto her adopted daughter which causes her to become shy and unassertive.

This attitude leads to Carrie becoming and outcast and being bullied by her classmates. She then starts to rediscover the powers that she once blocked out and uses them to seek revenge on the town of Chamberlain.

It is worth noting that there are a few variations of this theory on the internet, but one particular version on Reddit also connects the two stories to Stephen King’s Christine. It reads:

“After Matilda is adopted by Miss Honey the FBI catches Matilda’s father Harry Wormwood. He is charged with selling faulty unstable cars and second degree murder as one of the cars sold had caused its passenger to die.The car was found to be a 1958 Plymouth Fury that Harry had named “Christine” and sold for $250 under a different Alias.”

In some ways, this theory really works. Matilda and Miss Honey both experienced some traumatic events, so it’s perfectly plausible that they would be suffering from PTSD and thus, experience a shift in personality and beliefs, and block out the knowledge of Matilda’s abilities. It is also plausible that the two of them would change their identities to avoid being found by Matilda’s criminal father one day.

He appears to be the sort of person that would seek her out if he believed he would gain financially from it, and it makes sense that Matilda and Miss Honey would take precautions to avoid this situation ever happening. 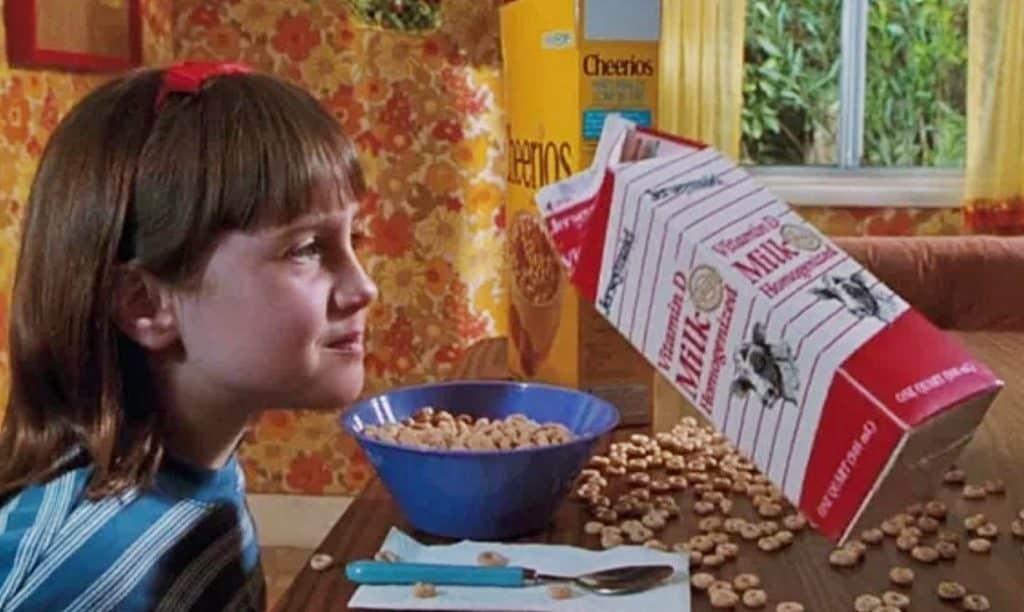 Matilda’s abilities could certainly evolve into Carrie’s after being forgotten about and revived as the result of an emotional response to a traumatic event. Also, after all of the trauma Matilda/Carrie experiences throughout her life it is perfectly acceptable that she might snap and seek vengeance in the way that Carrie does.

There are, however, some holes in the theory. If Matilda survived a horrible upbringing from her criminal, biological family, and came out of the ordeal emotionally unscathed personality-wise, it is unrealistic to assume that Margaret’s extreme religious behaviours and control would be enough to make her so submissive. Also, in the books Matilda is British, so this theory only really works for, and is relevant to the movies.

The most unlikely thing about this theory is the dramatic shift in who Miss Honey/Margaret is. One version of the theory on Thought Catalogue tackles this issue, saying:

“The biggest stretch seems to be that Miss Honey suddenly becomes such a crazy person, but perhaps the theory could work without this. If something happened to Miss Honey, perhaps “Margaret” is Matilda/Carrie’s birth grandmother? Or she could be another relative of Miss Honey’s who adopts her, we all know she had at least one insane relative (Miss Trunchbull). Perhaps there are some other events that take place in between that account for the holes in this theory.”

So, did Roald Dahl’s Matilda grow up to be Stephen King’s Carrie? This theory certainly has some interesting points to consider.

What do you think, is Matilda a prequel to Carrie? Tell us all of your thoughts in the comments!