Netflix’s Ozark is back for its second season for all of your Breaking Bad type needs. Season one of the dark-as-fuck drama was a surprise hit, starring Jason Bateman, who’s better known as the voice of reason in the Bluth family on Arrested Development. Sure, the man has been known to flex his dramatic muscle in other shows and movies, but I can’t help but hear Ron Howard narrate Bateman whenever he’s on screen.

Producer Mark Williams and writer Bill Dubuque have brought the Byrde family to the edge of danger and back again in the last season and continue to do so with season two in unexpected ways. Shit, I caught myself needing a pallet-cleanse between some of the episodes to cope with how fucked up the Byrde family is and how far they are willing to go to survive.

Previously on Ozark (Spoilers for season one).…

The situation for Marty and Wendy Byrde went tits up when Del from the Nabor Mexican Cartel took a shotgun blast from hotheaded Darlene Snell. Wendy, Charlotte, and Jonah Byrde decided to stay with Marty and deal with the impending backlash from the Cartel for Darlene’s action head-on. 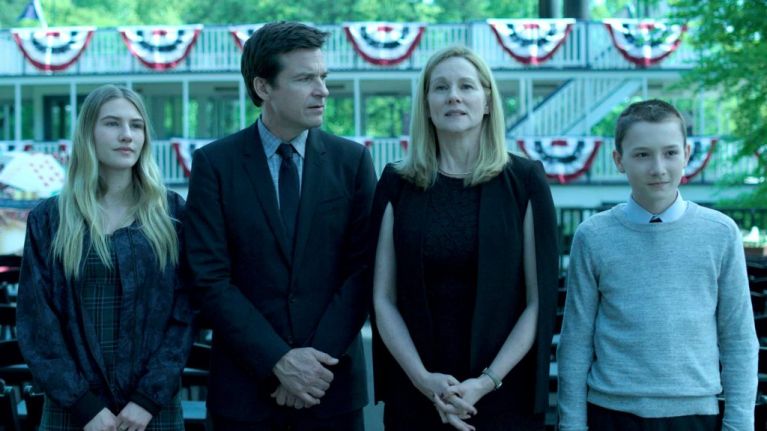 The formula of a family stuck between a rock and a hard place is still there with more rocks starting to pile on from other factors working against the Byrdes. It’s like beating the game Doom with the setting on “hey, not too rough” and deciding to change the setting midway to “hurt me plenty”. Wendy and Marty have always been victims of their own doing and Marty is trying to keep the family afloat, but this time we get a role reversal in the parents.

Marty is seen to be slowly losing his grip on the situation and Wendy comes along to do what is necessary for the family to survive with or without her husband’s help. I didn’t count the minutes, but I would have to guess that Laura Linney has a lot more screen time than Jason Bateman this season and I thank the writers for that decision.

The three strongest points of season two come in the form of Wendy Byrde (Laura Linney), Ruth Langmore (Julie Garner), and Darlene Snell (Lisa Emery). Last season was a man’s world, but this season puts the women in the foreground of badassery and phenomenal acting. Laura Linney does an amazing performance that can easily be compared to Robin Wright’s Claire Underwood from House of Cards. Linney reveals the level of her acting chops in episode seven, ‘No Way Out’ when Wendy gives more insight into her past that gave me a much better understanding of the character and her actions.

I must tip my hat off to Julie Garner for being the future “muscle” of the Byrde family. Garner’s character is seen as a barking dog with no bite but gladly brandishes a shotgun instead with an itchy trigger finger.

Side note: I love how Garner does this thing when she emphasizes the “f” in “fuck” to give it much more of an effective punch of vulgarity.

Lisa Emery’s portrayal of Darlene brings the threat of the Byrde’s failure to a whole new level. She’s the wildcard throughout the whole season and becomes someone to fear even from her husband Jacob, played by Peter Mullen. Ain’t nothing scarier than a woman wanting revenge and believing that God is giving her a helping hand.

Ozark isn’t really known for breathtaking shots and heavily relies on the story and acting in the show. This season breaks away from that for episode eight, ‘The Badger’ that didn’t feel odd or out of place. This episode focuses more on the Snell’s relationship and how that parallels with the Byrdes.

The expertly shot transitional flashback to the current scene was done well in one form and peeks its head in another way that gives a certain character a tearful send off. Yeah, be prepared to say “bye-bye” to some of the folks of the Ozarks.

The only thing that is a negative of the show is that it’s not recommended to binge watch this season. I know binge-watching is something everyone thinks is a good idea—especially for a three-day weekend—but take every episode one at a time. Get up from your screen, hug a loved one, and thank whatever god you pray to that you’re not any of the people in this fictitious world. 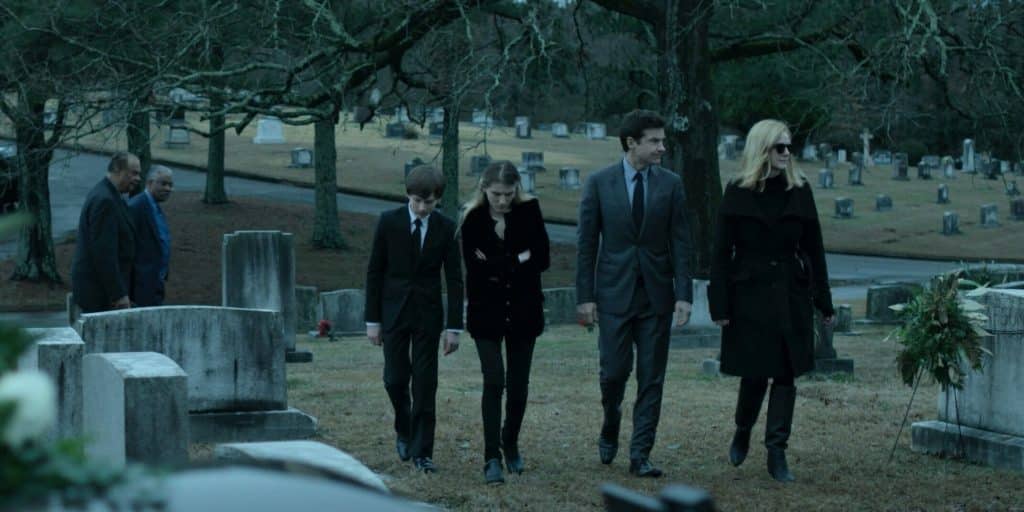 Ozark ends in a way that will gear up the Byrdes for a new threat of their own making and begin their journey on obtaining something they tried to escape…a home in the crime world. Netflix hasn’t greenlit season three yet but it’s a matter of time before that news comes out. If the news goes the other way and this is the last time we see the Byrde’s, Netflix will have missed out on the chance of having their own Breaking Bad show.

“Do Better Than You’ve Been Doing.”