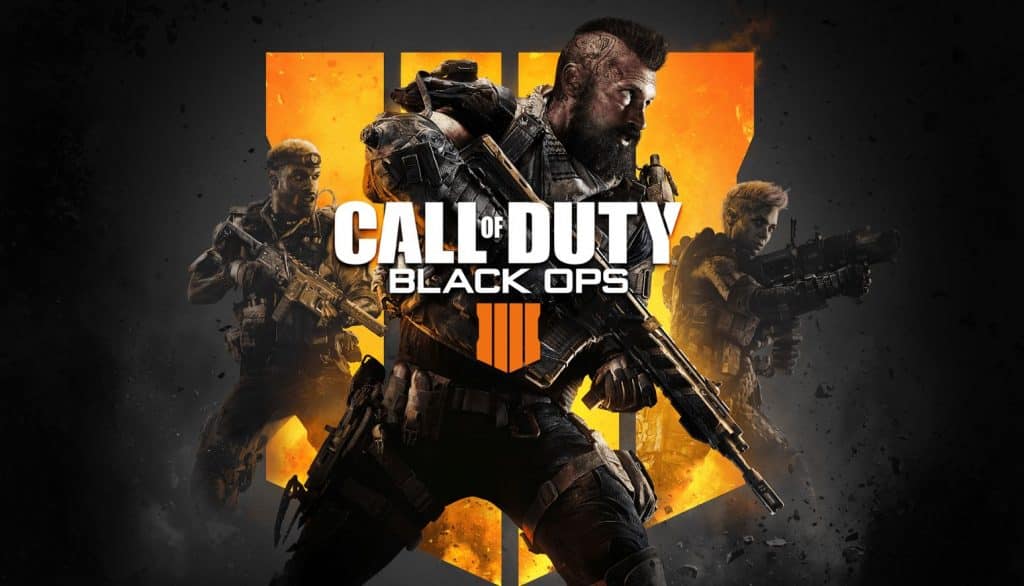 The Call of Duty franchise has marked itself as a staple name in the world of shooters for over a decade. Ever since hitting it huge back with 2007’s Modern Warfare, a multitude of spin-off titles have made its way in with their own unique approach to the  series. The start of 2010’s Black Ops series brought a new essence with keeping up the iconic Zombies mode and their added competitive edge for the esports community. Keyed heavily with balance and pace, the individuality of Black Ops struck a chord with its ability to adapt safer paces for being both unique and competitive while keeping the stability and tone that fans were satisfied. It has gone on to be one of the most contemporary and favorable titles in the military shooter’s run and the amount of work put into Call of Duty: Black Ops 4 may be their biggest accomplishment yet.

Having been shadowed for a few years, Black Ops finally returns with its fourth title, adding a whole new gear shift to its already memorable multiplayer experience. Very ambitious and holding some promise, the small details revealed with Call of Duty: Black Ops 4 more contemporary modes add a lot more intrigue than previous titles. The new material, from “Specialists” to “Blackout” mode, are inspired by many of the other bigger names that came out as of recent. Many multiplayer games have embraced the Heroes System that Overwatch has popularized and the “Battle Royale” craze has been in high demand since Fortnite made its debut.

However, the game does not forget its Call of Duty path. The demands of the current gaming market, aided with the military shooter approach for the hardcore gamers, brings something for everyone. 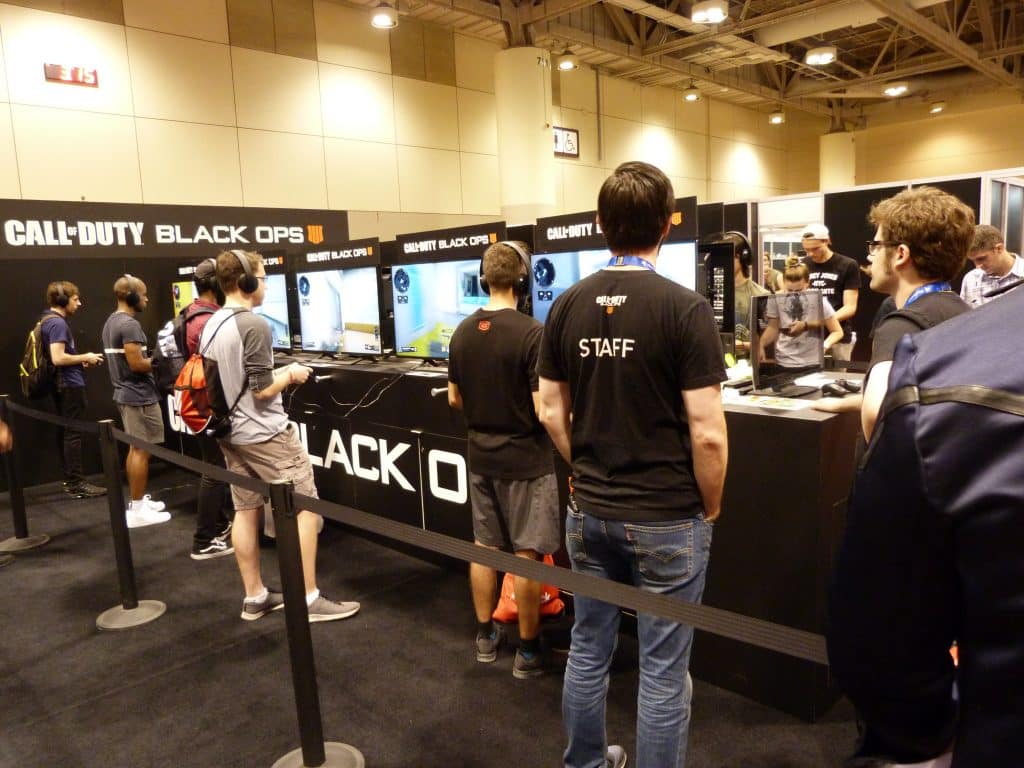 We were invited to attend Toronto’s Fan Expo 2018 to experience the game hands on. The PlayStation booth offered a huge line-up of enthusiastic players to try out the beta game’s Deathmatch options. Call of Duty‘s official zombie cosplayers were seen throughout the convention and the city of Toronto promoting the latest installment with their ghoulish appearance in homage to the memorable game mode. With the official launch only a month away, there was a good amount of excitement to celebrate.

Treyarch’s Tony Flame, Expert Game Designer for the latest installment, gave us the opportunity to speak to him on this divergent path of the blockbuster franchise. After playing several rounds of the beta myself, we delved into discussing the development process, the bigger decisions to expand the multiplayer experience and adapting to the current video game market. 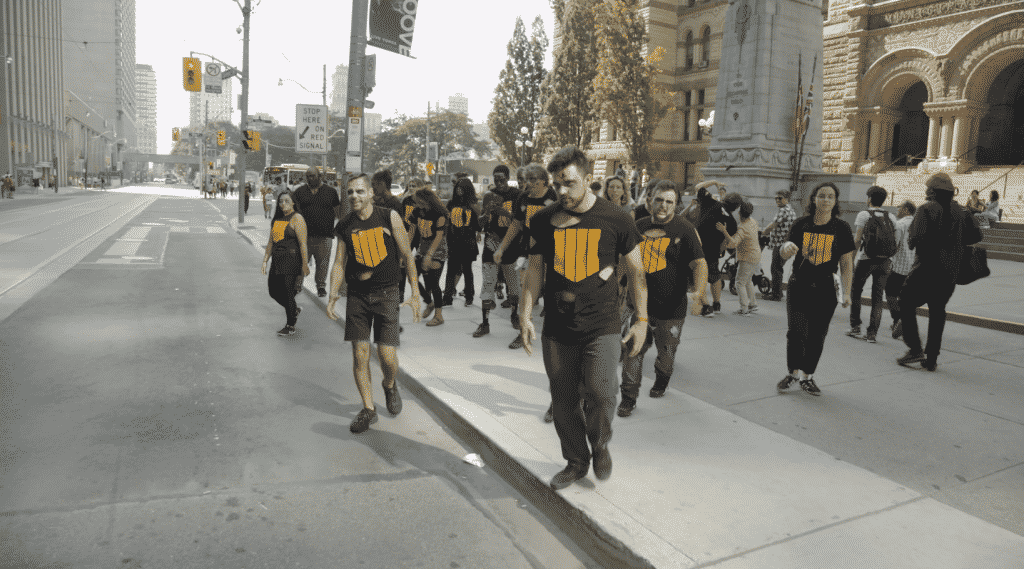 The Black Ops series has been a bit more dormant since 2015. There have been a few other Call of Duty games going on in between, including the drastic response to Infinite Warfare. Were there certain aspects or formulas between the time of those three years that you felt were needed to change for this new installment? Anything you felt that was necessary to tackle this game the way you wanted it to?

Yeah, I mean we really respect the other studios doing what they do. We’ve done this for a long time and we’ve always considered ourselves our biggest competitor. We’re looking back at games that have been out even before then. We still look at Modern Warfare 1, Modern Warfare 2, World at War, even with Black Ops 1, we go ‘hey, we did something pretty good then’ and we reach back there. We take inspiration from anywhere really. But the core tenet of Black Ops 4 were agnostic, if anything.

It has its own mission statement that gives you more ways to have fun with your friends than anything we’ve released before. That means making the game entirely based around playing with other people. Reaching out and saying, “lots of people are playing Black Ops 4, look at all the different ways in which people are engaging with this game and giving you lots of ways to do that.”

And this leads to the next question. This also marks the first time a Call of Duty game has an absent single player campaign, focusing entirely on the multiplayer aspect. How has this additional attention helped shape the multiplayer experience to what you feel it will be on its final release?

I think that decision affected the entire game. It may have had the least effect on multiplayer, but we could not have done Blackout to the extent that we’ve done to it without that decision. Blackout being a massive battle royale system, roughly a thousand times bigger than a typical multiplayer map that we usually make with way more players than we’ve ever had before. And doing that all with the Black Ops signature, the way you played it in the multiplayer, that’s exactly the way Black Ops 4 is going to feel. That level of smoothness, responsiveness, tightness, all going to be there. We had to do a lot of work to get that to feel, look and play right. And of course, Zombies, having three massive experiences on release day, that’s a lot of work.

If you look at the total amount of game time with completing each Zombies experience, that’s a lot more hours to take than completing a traditional Call of Duty campaign. On top of that, we still knew and felt down in the depths of our hearts that we needed to provide something to scratch that itch. We have what we call Specialist Missions that onboard you to the rest of the game. We have 10 specialists, unique characters of all races, ethnicities, cultures across the world. Each one has its own specifically-designed mission for you to play, learning how to play that character, going off to a greater battle.

And to cap it all off, there will be an epic cinematic for each one of those. There is still an experience there to scratch that itch, and it will take multiple hours to complete, there really is something in there for everybody for Black Ops 4. 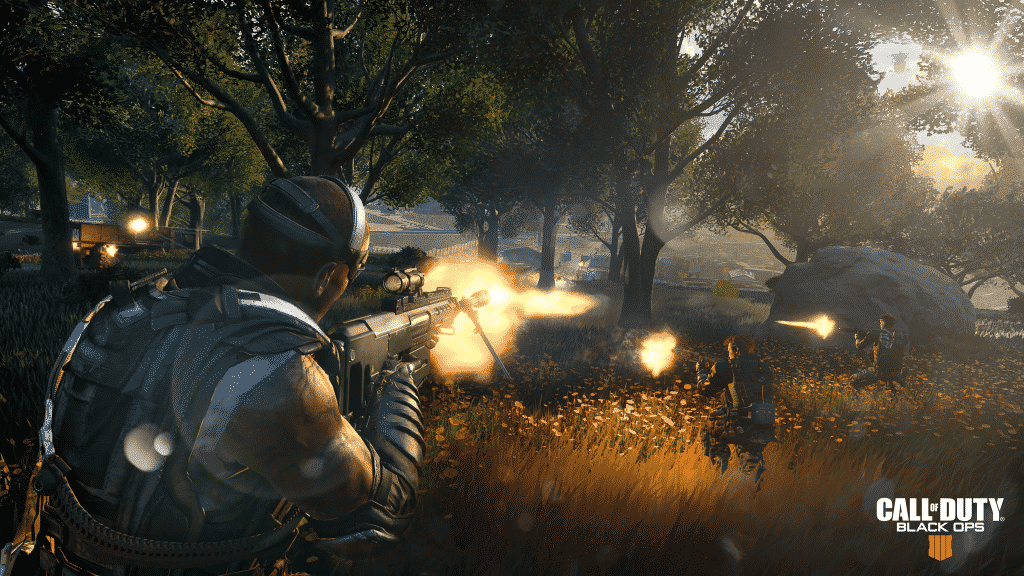 So it seems it will branch off really crazy from its successors. With all these new opportunities that you spoke, do you think it will be a challenge for future games to keep up with that, and if so, do you think it will start to take off the single player entirely? Because so much of the dedication seems to be going into the multiplayer, and for them to keep up and improving it from here and there, do you feel we’ll probably be seeing more multiplayer-only titles or would we still get some of the single player titles other people may still prefer?

Well, really only speaking for Black Ops 4 right now, everyone else is really working on their games, so let the different studios speak on their games.

Well, you created a real obstacle for them there. 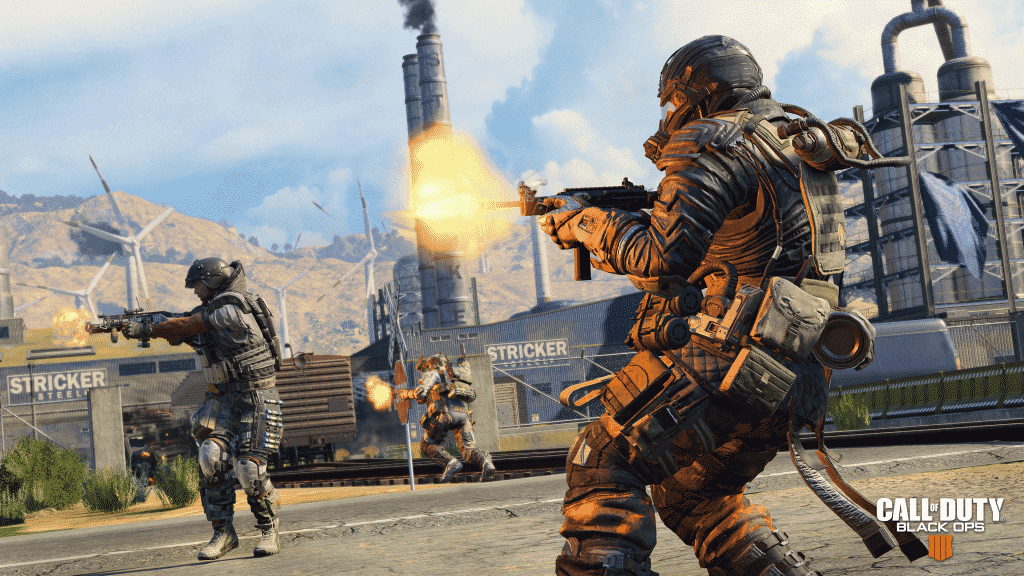 You spoke about the classes and how it differentiates with the playing styles and mechanics of the gameplay for each, personally enjoyed Firebreak (as someone who likes guys with masks). Were there any certain critiques from those that have tried the beta on buffs or nerfs that you hope to polish on the final release?

You know, it’s interesting because you’ve got specialists like Torque for example, who do very impactful things such as “I’m going to down a barrier that blocks off this route and pretty much fries anyone in its short-range path” or “I’m going to put down some razor wire and anyone who tries to cross it without destroying it first is going to cut themselves to pieces”. In that particular moment, those seem very powerful, but you have to keep in mind those are actually stationary. So we had people saying things like that were very overpowered. Whenever we’re looking at balance, we take feedback in from the community and what people are saying and compare it to actual data that we’re collecting from our backlog systems.

Then we think “hey, people are not picking this guy very often, and when they do, they’re not performing as well as other specialists by various different metrics”. So it’s interesting to learn about that and we have to do right by the numbers and say “this guy needs to perform better”. We ratchet it up and made him more powerful, even though we’re getting feedback through the contrary. We know when getting feedback, everybody’s going to have an opinion. A lot of times opinions are going to conflict, especially when making a multiplayer game, because there’s always someone on each side and they’re opposing. It’s one of the big tricks of making a multiplayer game, as we have to balance it and also make it fun so that when people do win or lose, they feel it was fair. That is something we are working through with the beta.

In terms of specialist design, it was pretty well balanced. We got a lot more insightful feedback that matched the data for weapons. When we see people are saying something and our data matches as well, that’s when we know it’s definitely a good time to act. And that’s part of the process that comes with the beta. We’re super thankful for everyone that played the beta and provided feedback as we’re able to make a lot of great changes to it. We feel we’re going to have one of the most balances games in a Treyarch multiplayer yet. 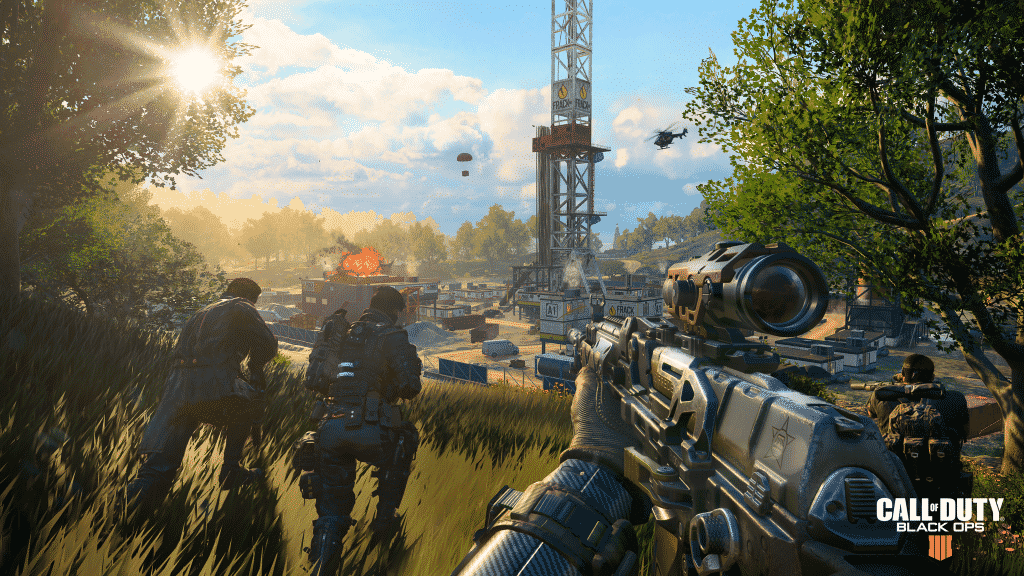 Well, the meta of any competitive multiplayer game will never be entirely perfect with balance, but to reach for that sort of effort and commitment through the beta’s logs really speaks levels. Final question, there have been a trend of more animated-based shooters taking the helm of the video game industry lately, the likes of Fortnite and Overwatch really making its way up there. Do you see this new face as an opportunity to differentiate yourselves with your traditional approach or an obstacle in getting to your target markets?

We’ve committed to BO4 as a grounded combat experience with gritty military feel. It’s relatable, it’s familiar. That and Call of Duty has always had that sense of authenticity, so we’re absolutely going for that. There is a flow of styles over the course of time. Before Call of Duty, the style of shooter was more futuristic and fantasy based and Call of Duty kind of brought in the era of military shooters. We’re sticking to that and we are going to continue to innovate in that space and that’s Call of Duty’s sort of turf.

We’re really happy working in that space and whatever happens with the rest of the industry, it’s great for there to be other sorts of games to be played.

The game’s Blackout beta is already available now on PS4, with a release on PC and Xbox One next week. Call of Duty: Black Ops 4 will be shooting its way to PS4, Xbox One and PC on October 12th.

Continue Reading
You may also like...
Related Topics:Call of Duty, Call of Duty: Black Ops 4