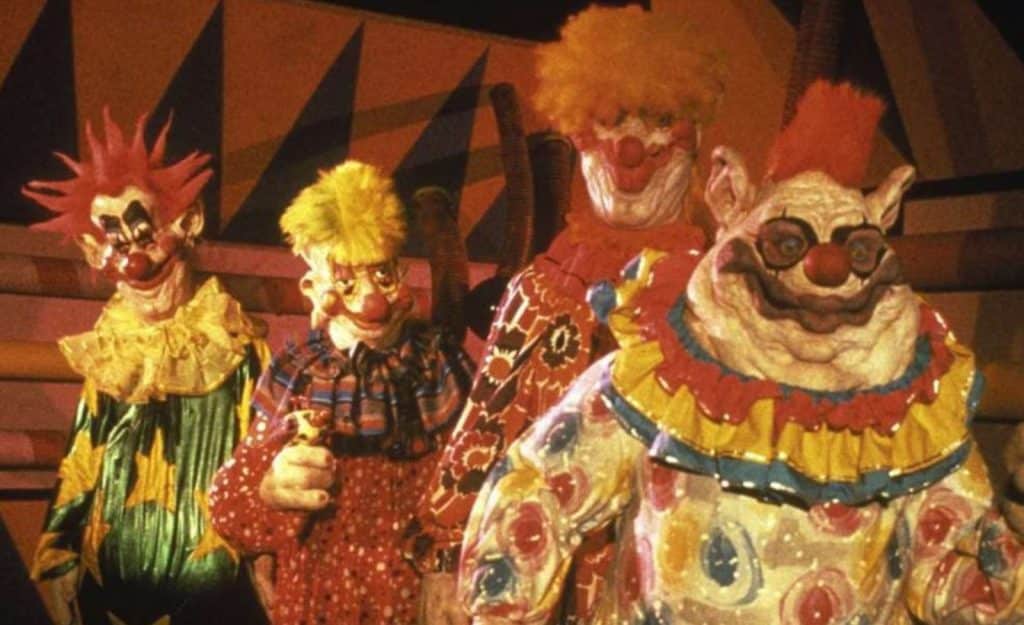 1988’s sci-fi comedy-horror Killer Klowns from Outer Space was a crazy and hilarious movie that gained a respectable and loyal following. Although fans had been hoping for the story to continue, it was looking very much like that wasn’t going to happen. However, that may have changed. Horror is blowing up right now and with the recent popularity of Andy Muschietti’s IT  movie adaptation, it may be time to get ready for another installment of Killer Klowns from Outer Space.

The creators of the movie, Charles and Stephen Chiodo, were in attendance at this year’s Son of Monsterpalooza. There, the filmmakers shared some exciting news regarding more Killer Klowns material. They said:

“I used to say don’t hold your breath, but things have been happening right now… I would say you can hold your breath now, The success of IT recently has kind of educated some of the people in the industry that… clowns are cool, clowns are scary… they’re looking at horror properties now more seriously than ever. I can say, something will be happening with Killer Klowns from Outer Space in the near future. Absolutely.”

They previously teased a possible sequel back in 2016, saying:

“We’ve been working on a sequel since the day after we made [Killer Klowns from Outer Space]. I mean we have tons of ideas on different directions we can take it. There’s been a lot of legal issues, a lot of financial difficulties. We’ve had deals people presented us with that we weren’t really interested in. There is something that’s going to happen. We are currently working on something. But it doesn’t mean that it’s coming out next week.”

If you haven’t seen the first movie, it follows a couple of teenagers that discover aliens invading their town. Mike and Debbie go to the authorities to warn them but no one believes them. Why? Well, as if the idea of an alien invasion isn’t far-fetched enough to not be believed, these aliens look exactly like clowns from a circus, although they’re definitely not as friendly. The invaders begin to feed on the townspeople, and end up kidnapping Debbie so Mike must try and save her.

Are you ready for another Killer Klowns from Outer Space movie? Let us know all of your thoughts in the comments!

Continue Reading
You may also like...
Related Topics:Horror, Killer Klowns From Outer Space