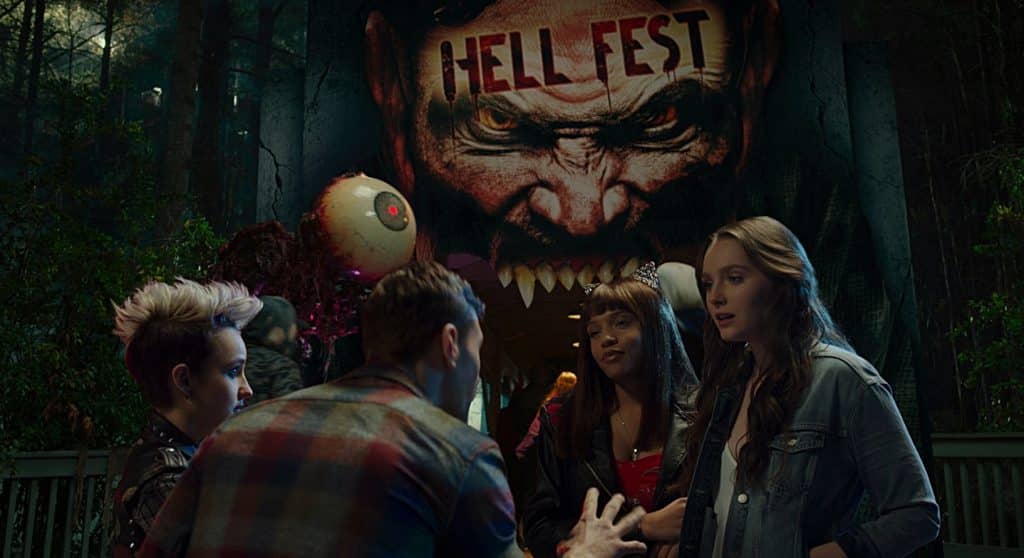 CBS Films and Lionsgate’s new slasher Hell Fest has got its first reviews. The movie centres around a group of friends that attend a horror-themed theme park on Halloween. There, a masked killer uses the park to hunt and terrorise a group, while the rest of the attendees think the whole thing is a show. Although the concept isn’t entirely unique it definitely had tons of potential and the trailer looked pretty good.

The first reviews from critics are on Rotten Tomatoes and they’re not as good as I had hoped for. Currently its scoring 27% on the tomatometer.

Daily Dead: “Hell Fest is a solid, workmanlike horror flick. It’s fun and I did enjoy it overall, but it’s not the kind of film that will be able to hold its own against this season’s other heavy hitters.”

Bloody Disgusting: “Hell Fest over-delivers on its promises, not just to be a hardcore, old school slasher film, but to take viewers inside a believable haunt. The set design is off the charts and features a massive array of unique, colorful, and scary mazes that look as authentic as the one in your town. Even more impressive is that most of the haunts aren’t just eye candy, but are used against the audience for various jump scares and to keep them on the edge of their seats.”

We Live Entertainment: “I had an absolute blast with Hell Fest and can easily see this becoming its very own franchise especially with the way that the film comes to a close. Without spoiling anything, the ending is unexpected and absolutely bananas. Gregory Plotkin has definitely learned a thing or two from Jason Blum and I can see him quickly becoming the new go-to guy for horror.  Hell Fest is a damn good time at movies and one that should be seen with the biggest group of friends possible.” 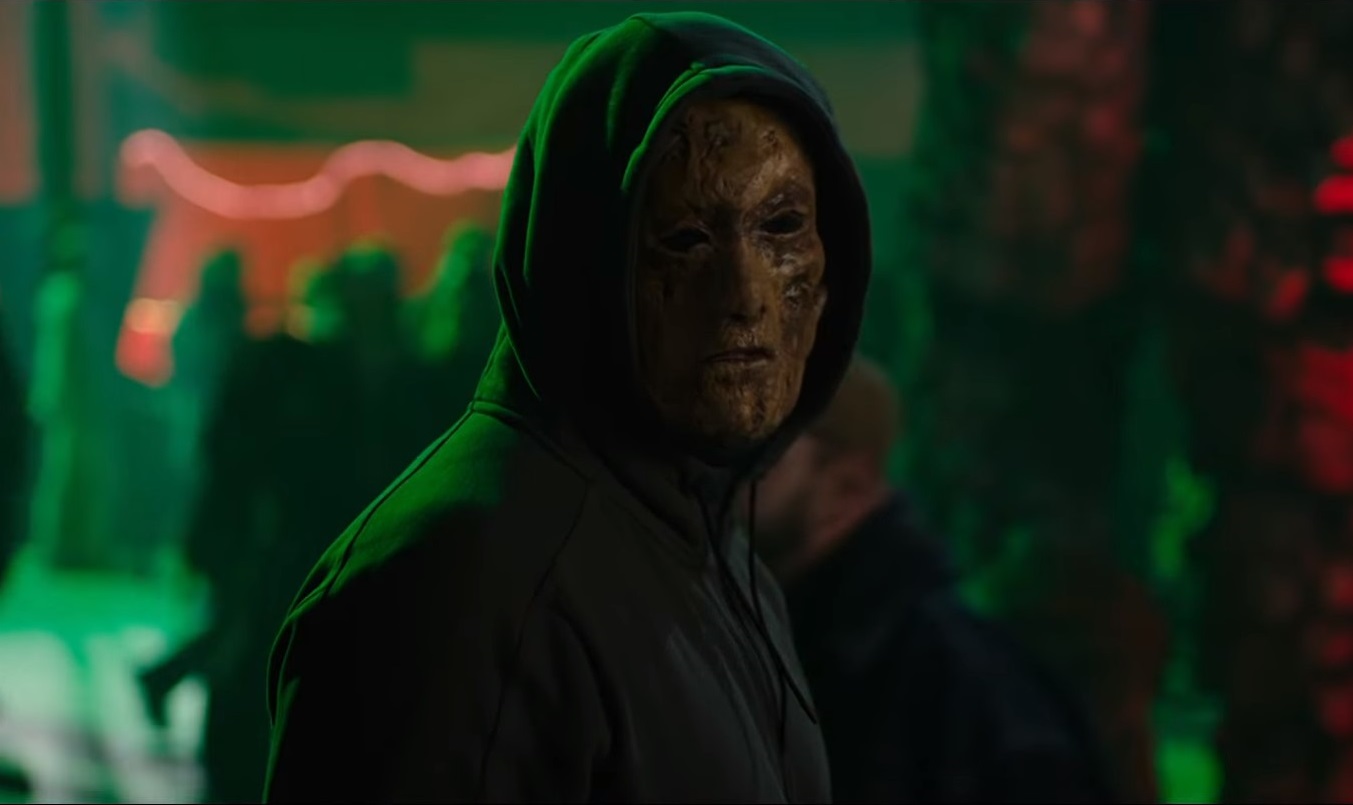 Roger Ebert: “The scares of “Hell Fest” never leave a mark, and it’s gore-lite in a weird way that makes it seem like a self-serious light-R that forgot to have fun (the relatively tame language and selective gore makes one think it used to have PG-13 aspirations). But the concept has so much potential, it’s a bummer it plays out so mechanically.”

Variety: “Eye candy without much to offer the brain or emotions, “Hell Fest” is a competently crafted slasher film rendered instantly forgettable by its disinterest in character, plot, and motivation, let alone original ideas.”

Madd Wolf: “While a couple of the attractions are fun, the main problem with Hell Fest is that it is not scary. Not for a minute. Nor is it gory—for a film with an R rating, there’s almost no blood, absolutely no nudity and very few F-bombs. It’s as if they hoped for a PG13 rating, didn’t get one and now they’re stuck with a movie that can’t entertain the wee ones and won’t entertain adults.”

Blu-ray: “Hell Fest tries to get in some weirdness and ambiguity to fuel sequels, but all effort should’ve been put into this movie, which doesn’t have scale or scares to enchant during the competitive Halloween season.”

Mark Reviews Movies: “As clever as the setup may be, we quickly realize that the filmmakers aren’t interested in taking advantage of it.”

Movie Nation: “The killings aren’t particularly gripping, there’s little suspense in the earliest ones and the menace is pretty watered down for much of the movie.”

Midwest Film Journal: “What do you call six writers thrown together to create a horror movie? The groaner of a punchline is Hell Fest, whose use of “Pop Goes the Weasel” as a leitmotif lays bare that its sole scare tactic is akin to watching a jack-in the-box for 87 straight minutes.”

The Wrap: “Hell Fest gives us a cast of characters with no outside interests and no personal squabbles. The movie can’t get invested in them, so why should the audience? And why should we care if they live or die when they’ve clearly only been constructed as hollow automata whose sole purpose is to get murdered?”

So, there you have it. Looks like the movie has completely wasted it’s impressive set and potentially interesting, or at the very least a bit scary, idea.

Are you planning on watching Hell Fest? Let us know in the comments below!

Continue Reading
You may also like...
Related Topics:Hell Fest, Horror