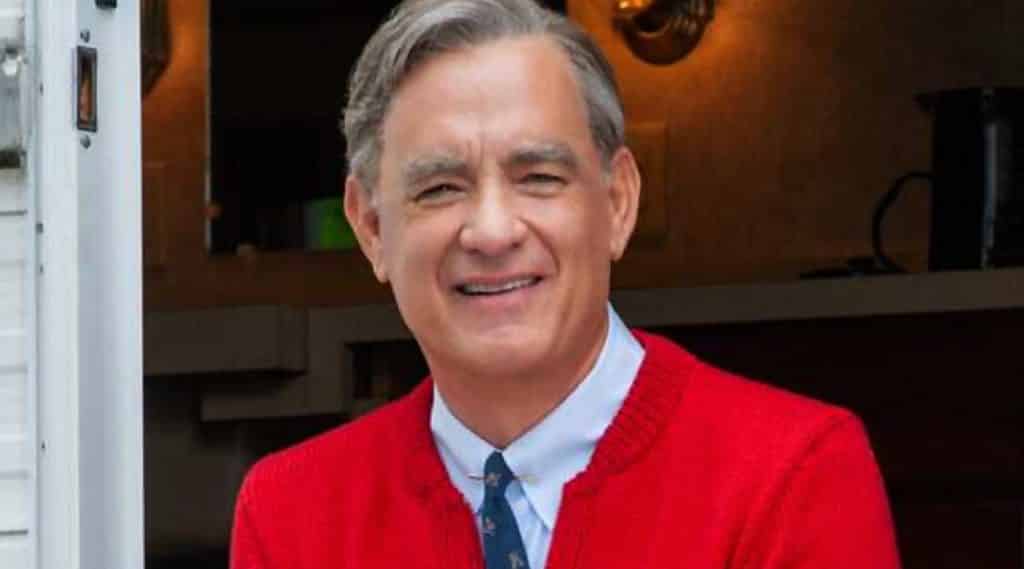 Coming off the impressive critical and financial success of Won’t You Be My Neighbor, next year will feature yet another Mister Rogers film in (what some are saying the title is) You Are My Friend. Instead of a documentary, this narrative feature will star the one and only Tom Hanks as Mister Rogers.

While the film still has some ways to go before its release (Sony confirmed an October 2019 release), Sony has thankfully given us a preview of Hanks as Mr. Rogers with this first set photo. Take a look:

Tom Hanks is Mister Rogers, coming to a neighborhood near you October 2019. pic.twitter.com/2TP3eiPUCx

Considering how different Hanks typically looks compared to the lean cardigan-wearing TV star Mister Rogers, its hard to buy Hanks as this character before seeing any footage. In all fairness to Hanks, the visual component of playing a major figure in a biopic is far less important than portraying their personality and mannerisms. For instance, Michael Fassbender looked nothing like Apple founder Steve Jobs in his portrayal, but that didn’t hold back his performance from capturing the spirit of Jobs himself.

As for You Are My Neighbor, I am curious to see what the approach is. Following up an encompassing documentary, especially one of Won’t You Be My Neighbors’  success, is a challenge for a narrative feature, as the writer and director must find a way to make this previously covered material feel even more nuanced.

The film is certainly in good hands with Marielle Heller, who made the impressive Diary of a Teenage Girl and has Oscar-hopeful Can You Ever Forgive Me? on the way. Hopefully it turns out for the best.

Continue Reading
You may also like...
Related Topics:Mister Rogers, Tom Hanks, You Are My Friend