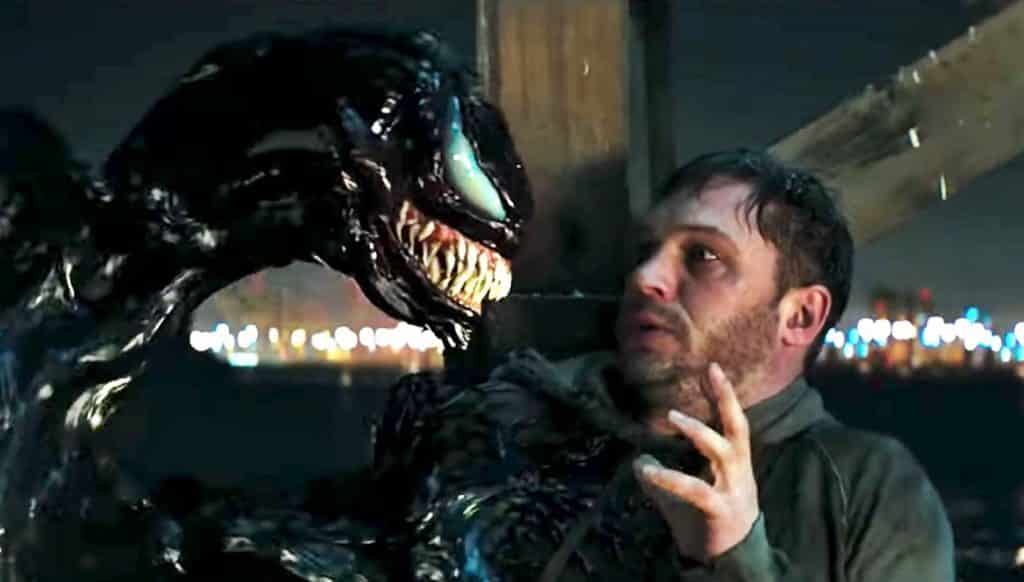 After all the hype and controversy, it’s exciting to know that the Venom movie will finally be hitting theaters this weekend. After a mixed bag of trailers, a disappointing PG-13 rating, and even an Eminem song, there is a lot to be skeptical about heading into the theaters this weekend even with that initial excitement.

Well it appears there is even more news that could make fans apprehensive. Venom’s star Tom Hardy recently revealed that 40 minutes have been edited out of the film’s final cut. Here’s Hardy’s explanation on some of the content he enjoyed that didn’t make it into the film.

This seems horrible on paper, but in practice, editing of significant portions of footage isn’t anything new for event films. Just last year, Blade Runner 2049 had a rumored 4 hour running-time, which was eventually edited down by over an hour. A lot of scenes in scripts don’t serve a direct story purpose, rather being there to further build on the film’s tone or help build B-plots to flesh out the story, making these moments more expendable.

The troubling news however is hearing that these offbeat moments are ones that Hardy enjoyed, and considering his impressive resume, he certainly has good taste. My fear with this film has always been that the studio’s desire to push Venom as a MCU character will take precedent over making a good solo Venom film. We’ll have to wait and see when the reviews finally appear online.

Here’s hoping it lives up to expectations in the end and delivers fans the Venom movie they really want to see.