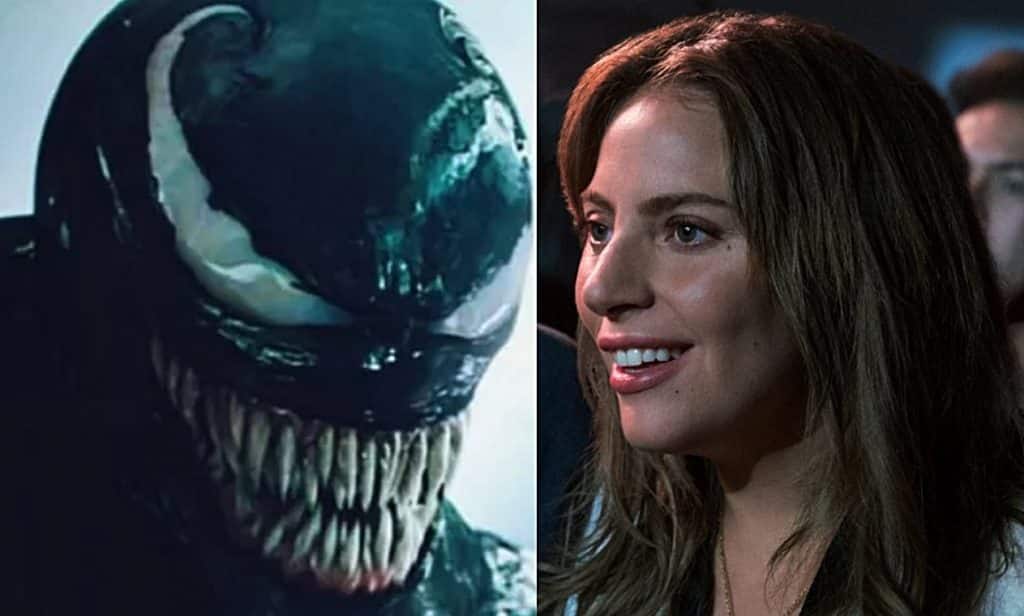 The Venom movie is finally in theaters this week, and it’s already off to a very interesting start. Early reactions for the film have been mixed, and now it’s been discovered that fans of Lady Gaga have been posting fake reviews in an effort to get people to see A Star Is Born this weekend instead.

Beware of fake #Venom movie reviews. There are people trying to promote Lady Gaga’s #AStarIsBorn and are fabricating negative reviews. Look out for bots and only trust proper and regular reviewers. pic.twitter.com/v9xznuN5R7

Sooooo there are BOTS attacking the #Venom movie. LMAO pic.twitter.com/CNXAtRtEd8

Yo this is genuinely creepy weird. Go to the #Venom tag and just look at the tweets in “latest”. It’s filled with bots posing as real people posting the exact same text over and over. It’s gonna make you really wonder who is real online. https://t.co/09H1Ks0WVW

Are these #Venom bots? So weird – search under I am the biggest marvel fan and they all pop up 👀 pic.twitter.com/bB7rbZPDd7

BE AWARE of #Venom reviews bots trashing the movie. Eerily similar to what happened to #BvS. pic.twitter.com/Fo3NfIuOrf

If you see stuff like this, it’s from a bot. They’ve not seen Venom. They are part of the marketing wing for A Star Is Born. Somehow doubt a parent is lining up to take their kid to watch an alcoholic get abusive & die. https://t.co/OboxMWDfKz

It’s interesting to point out that earlier in the week, there was news of bots attacking Star Wars: The Last Jedi upon its release. It’s pretty weird and bizarre and hopefully it’s not something that continues to happen.

What do you think of bots hijacking the Venom reviews? Be sure to tell us all of your thoughts in the comments – unless you’re a bot.