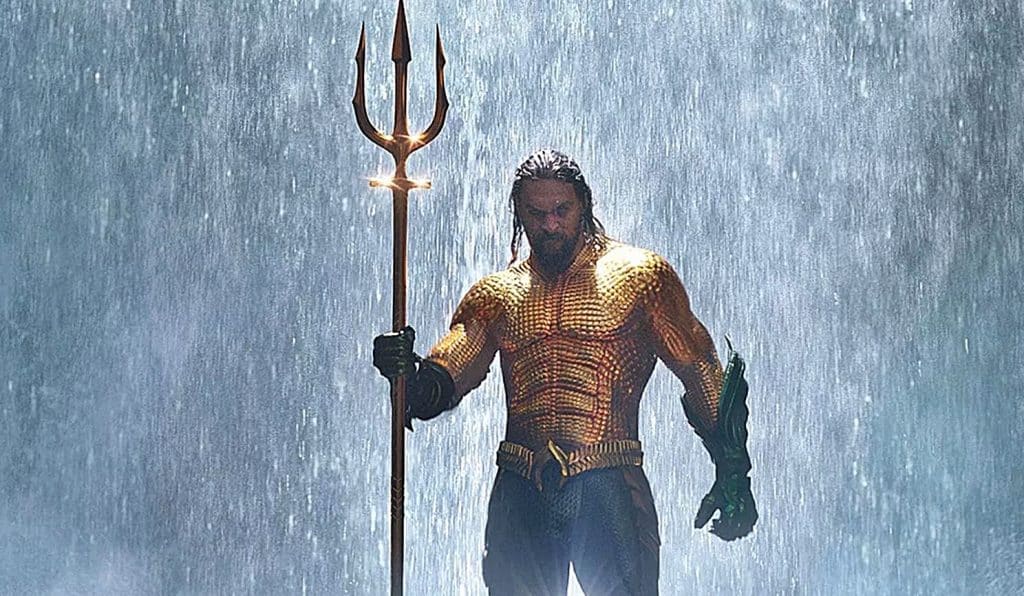 A new look at the Aquaman movie has been revealed, and it has over 5 minutes of footage to give us a good idea of what to expect in the upcoming DC Comics movie starring Jason Momoa and directed by James Wan. We also get a good look at the character’s old costume in the new footage!

Fans seem to be pretty pumped about the footage:

Greater than a king. 🌊 🔱 #Aquaman pic.twitter.com/DqItZwskAB

Absolutely stunning James! Thank you for helping bring my heros to life in perfect comic book accuracy. Everything about it is perfect… the Aquaman suit is one of the best things I have ever seen as is the most comic accurate live action suit ever! Stunning #puregeinus #Aquaman

The film reveals the origin story of half-human, half-Atlantean Arthur Curry and takes him on the journey of his lifetime—one that will not only force him to face who he really is, but to discover if he is worthy of who he was born to be…a king.