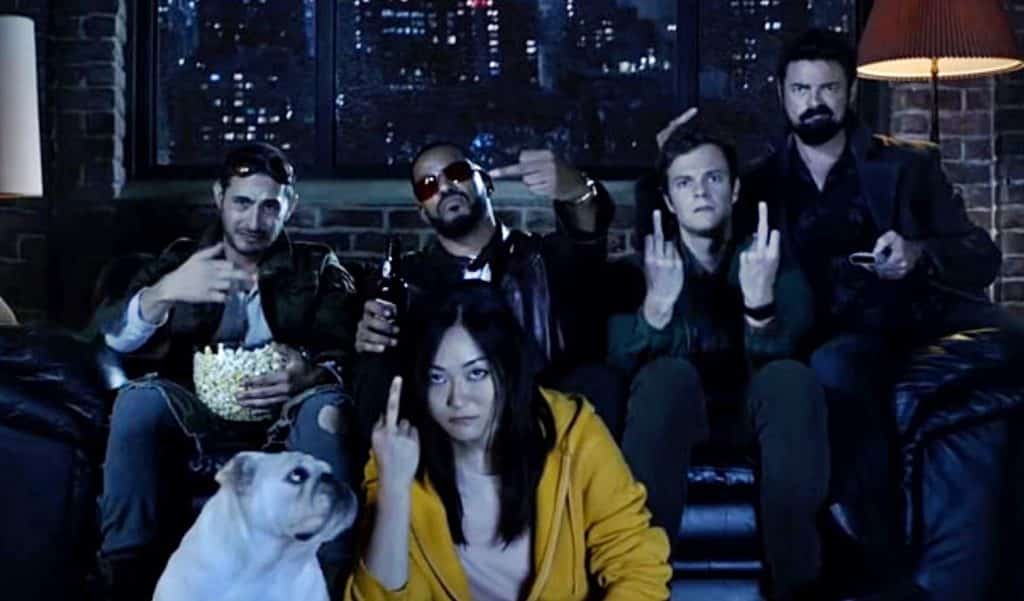 Amazon are fast making something of a name for themselves in terms of the darker sci-fi and fantasy projects they adapt for their Prime Video streaming platform. From Preacher, Outcast and more recently American Gods, the content they choose to adapt is characterized by dark and brutal visions of an alternative present day. The latest addition to their growing stable is no exception, and this week saw the first teaser trailer land for next year’s superhero slam-down spectacular, The Boys.

Adapted from a British comic book that ran for 72 issues between 2006 and 2008, The Boys is a deeply satirical look at the idea of somebody having to police a superhero community that has spiralled out of control. With a corrupt White House being managed behind the scenes by a sinister industrial powerhouse, the solution the CIA come up with is a Black Ops team of damaged misfits, all affected in some way by the actions of rogue capes.

The Boys are led by Billy Butcher (Karl Urban), a former Royal Marine who’s wife was raped and killed by Homelander (Antony Starr), this reality’s equivalent of Superman. The rest of his team include a Scottish comic book nerd (Jack Quaid), a murderous Japanese orphan (Karen Fukuhara), a former US soldier with an axe to grind against the aforementioned big business corporation (Laz Alonso) and a schizophrenic French farmer (Tomer Capon).

The trailer dropped at the show’s NYCC panel, and starts out as a promotional campaign video for The Seven, who are essentially a thinly-veiled parody of the Justice League. A 90 second advert TV show’s Elisabeth Shue’s company stooge highlighting the powers and good deeds that the superhero team do, all funded by her employers, Vought International. The video then ends with The Boys sat mocking the advert from the sofa in their apartment.

Report: ‘Dark Avengers’ Movie Being Developed By Marvel Studios
What Jason Voorhees Looks Like Without His Iconic Hockey Mask
Advertisement
Advertisement
To Top