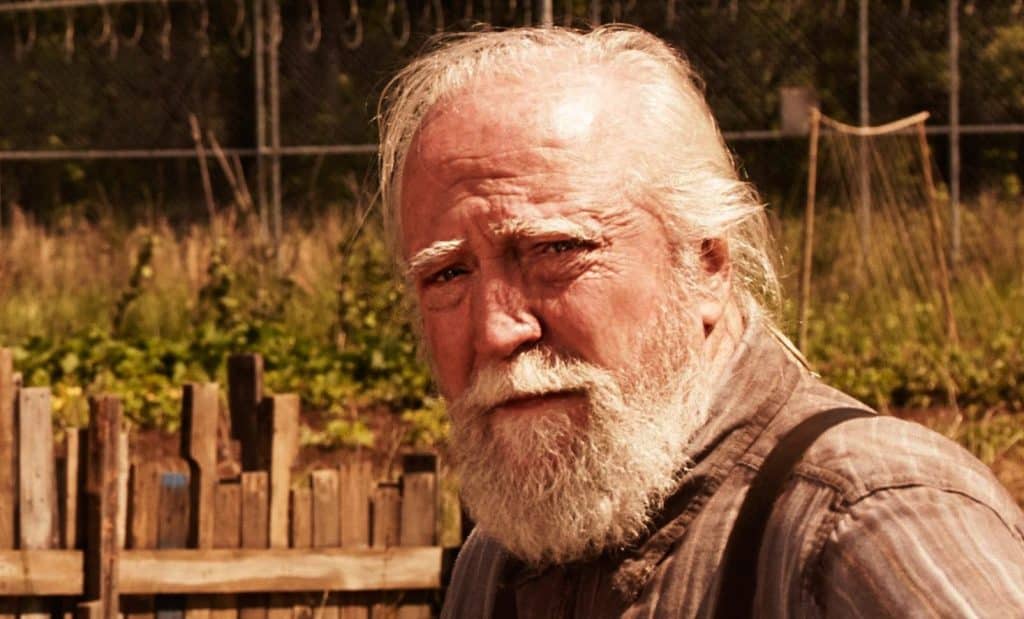 We at ScreenGeek are sad to report the passing of Scott Wilson. He died Saturday, October 6th, at the age of 76. He passed at his home, after a brave battle with leukemia. Wilson is best known to younger audiences for his portrayal of one of The Walking Dead‘s most beloved characters, Hershel Greene.

As the father of Maggie and Beth, Hershel also became a surrogate father/grandfather to the rest of the group as well. He saved their lives when he allowed them to stay at his isolated farm early in the outbreak. Over time, Hershel became the show’s moral center, always knowing the right thing to do. The character endured the loss of his wife, his farm, and his leg, but never wavered from his faith and strength. In a show that has no qualms about killing off beloved characters, his death at the hands of the Governor was one of the most heartbreaking in its eight seasons.

RIP Scott Wilson. Thank you for everything. You will be missed. ❤️ pic.twitter.com/lJX8UOY74e

However, Wilson’s impressive career began many years before TWD became a television phenomenon. His first two roles were in the classic films In the Heat of the Night and In Cold Blood. Over the next few decades, he had roles in a wide range of big and small screen projects. His massive resumé (81 credits, according to IMDb) includes parts in The Great Gatsby, The Twilight Zone, Young Guns, Geronimo, Judge Dredd, Dead Man Walking, G.I. Jane, Pearl Harbor, Monster, The Last Samurai, and CSI, among many others.

Wilson is survived by his wife, Heavenly Koh Wilson, who he married in 1977. The couple had no children. We would like to extend our deepest sympathies to Mrs. Wilson, as well as Scott’s family and friends. He will be missed by many costars and fans as well.

Please feel free to discuss Wilson’s legacy in the comments.

Continue Reading
You may also like...
Related Topics:Scott Wilson, The Walking Dead