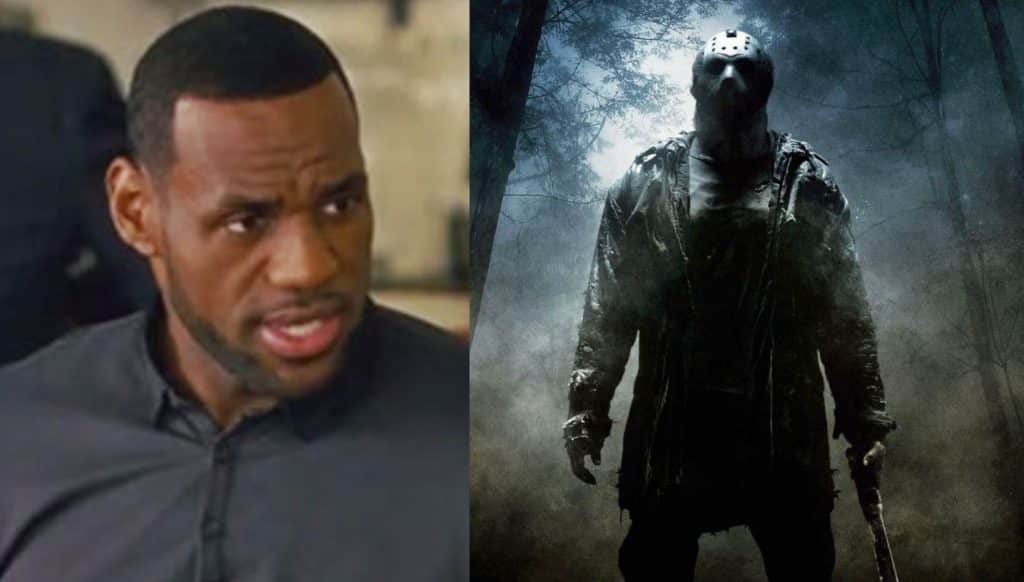 Friday the 13th is a beloved horror franchise, in no short part thanks to its hockey masked killer lead, Jason Voorhees. With the success of many resurrected horror franchises like IT and Halloween, many have been left wondering when we’ll get a new Friday the 13th film. The recent lawsuit has come to an end (for the most part) and now, an unlikely person might be leading the charge to get a new film made in LeBron James.

The news comes from Bloody-Disgusting, who writes:

Bloody Disgusting is exclusively hearing that James and his Springhill Entertainment is currently in talks with Vertigo Entertainment to produce a reboot of Friday the 13th.

After Halloween’s mega $70M+ opening this past weekend, a new Friday the 13th is a no-brainer, especially when you consider James’ popularity combined with the massive horror experience of Vertigo, who was behind last year’s Stephen King adaptation of IT, as well as The Ring, The Strangers, and The Grudge.

LeBron has already shown us he’s a horror fan, as he dressed up as Pennywise the Clown last Halloween:

LeBron dressed up as Pennywise for Halloween.

And he even tweeted about Jason once before:

Friday the 13th! Jason Vorhees is one of my favorites. Still don’t understand how he caught people running and he just walked though.

As well as dressing up as him, too:

It’s definitely an interesting pair, but if it means we’ll get a quality Friday the 13th film out of it, who am I to judge? Being a Cavs fan, you have to wonder, though, if LeBron will leave the film in the end like he left all of us in Cleveland. Okay, I’m kidding, but still.

Continue Reading
You may also like...
Related Topics:Friday The 13th, Horror, LeBron James