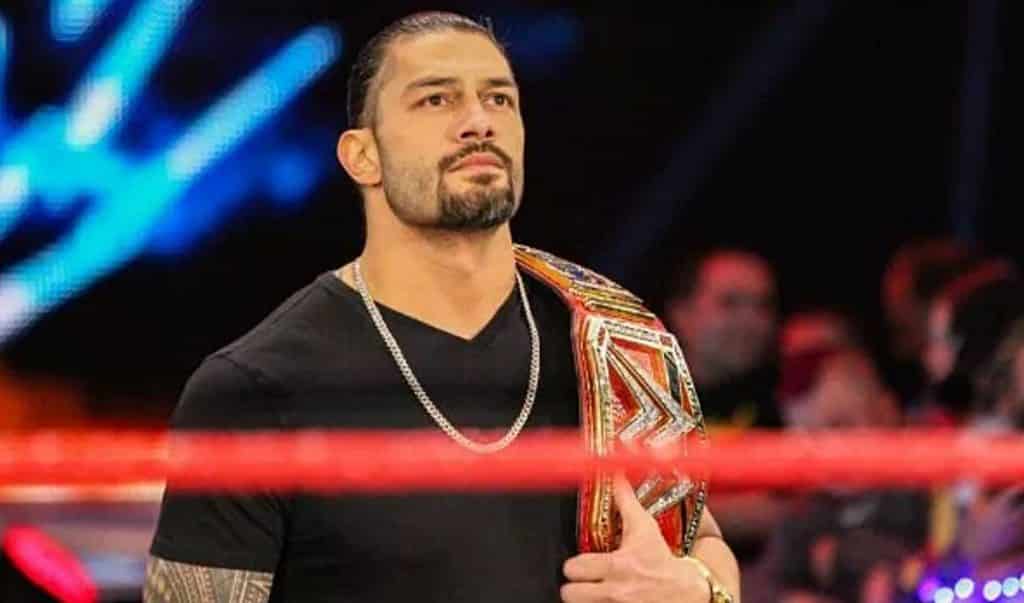 Professional Wrestling or Sports Entertainment, whatever you want to call it, is an interesting and unique entity. Although some consider it to be a “male soap opera”, the WWE Universe is full of proud, die-hard, and vocal fans of all ages, sexes, creeds, and nationalities. Everyone has their favorite wrestler, and that wrestler they just can’t stand. For the most part, people root for the good guys, or ‘babyfaces’, and boo the bad guys, or ‘heels’. But, there are times when a particular wrestler starts being ‘pushed’ by WWE as THE guy, and it creates a very polarizing character. One of the best examples of this is John Cena. During his matches, the crowd is split down the middle with “Let’s Go, Cena!/Cena Sucks!” chants. Now, in the newer generations of performers, Roman Reigns fills that role of half loved/ half hated babyface who is beyond polarizing.

But, there are times when real life creeps in unexpectedly, breaks kayfabe, and pulls on everyone’s heart strings. Today is one of those days.

During the opening segment of tonight’s Monday Night Raw, Roman Reigns came out to the typical sound of a crowd torn between boos and cheers. But, once he started his speech, the mood definitely changed. Roman Reigns, whose real name is Joe Anoa’i, let the WWE Universe know that he has to relinquish his Universal Title and take an indefinite leave of absence.

The reason is a somber one: his leukemia, which he was fought off and on for 11 years, and which he was able to put into remission in 2008, has returned. The crowd fell into an almost eerie silence, listening to Roman Reigns explain his situation in a shocking disbelief. Roman spoke of how he was first diagnosed with cancer at age 22, when his football career was over, he had no money and no real home, and his daughter was soon to be born.

It was then, when things seemed their worse, that the WWE gave him a home. He says that due to the cancer’s return, he can no longer be the fighting champion that he promised to be, but that this was no retirement speech. He plans to beat this cancer again, and return. But, his return will not be about championships, titles, or applause. It will be about showing the WWE Universe that it is possible to rise above and to fight cancer, and to fight for your life.

The crowd, many in tears at this news, showered the Big Dog with ‘Thank you, Roman!’ chants. It was a moving moment in a tumultuous time. Roman asked for everyone’s prayers, but not their sympathy. He wants everyone to be strong. And we will. Cancer is something that effects almost everyone in some way shape or form, beit directly or indirectly. And, when your larger than life hero suddenly has a far too human fight on his hands, it can shake a person to their core, especially the younger fans. Fortunately, Roman will use his position as a WWE Superstar to bring light to the battle against leukemia, and help raise awareness as he himself fights this fight. This fight isn’t for a title, or for who is the best, or some kind of grudge. This is a fight for his life, as well as a fight for a cure.

We here at ScreenGeek wish him all the best, and to a speedy and successful defeat of cancer. We look forward to the Big Dog making his way back to the squared circle.