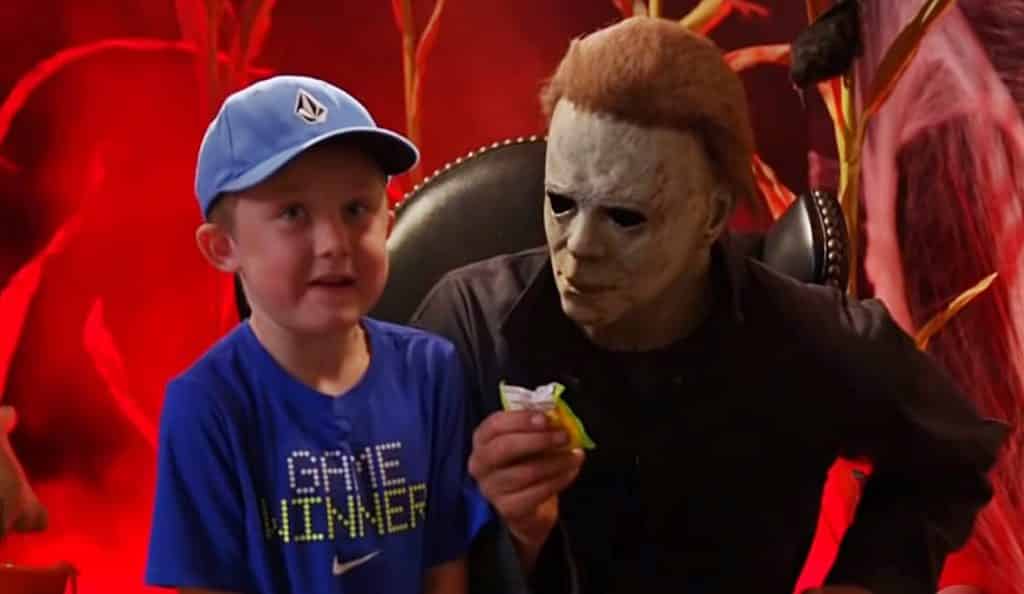 If you’re a fan of Jimmy Kimmel’s sadistic sense of humor, you’re going to love his latest prank on the innocent souls of children. He’s well known for his skits Celebrities Read Mean Tweets and I Ate Your Halloween Candy which features parents filming their kid’s genuine reactions to “I ate all your Halloween candy” Kimmel surely doesn’t disappoint this time around! With the latest release of the new, top grossing Halloween movie, Jimmy set up a “Free Halloween Photo” inviting in kids for a Santa-Claus-style photo op with iconic serial killer, Michael Myers.

“Michael Myers, who’s very well known to adults but maybe not as much to kids, so we asked some parents who were walking by our theater if they wanted their kids to take a Halloween picture, the same way you’d take a picture with Santa Claus or the Easter Bunny, but we told them this picture would be with Michael Myers and believe it or not, lots of parents sent their children right in!”

The kids boldly walk on in probably thinking they’re getting a free photo with the Sanderson sisters and are unexpectedly greeted by the maniac in the boiler suit and 40 year old mask. They definitely could’ve included more clips but if you don’t fall in love with the first girl, you’re definitely going to at the second little sass queen who knows what’s up.

Check out the video below!

Just keep telling yourself you’re a good person even if you laughed the entire time.