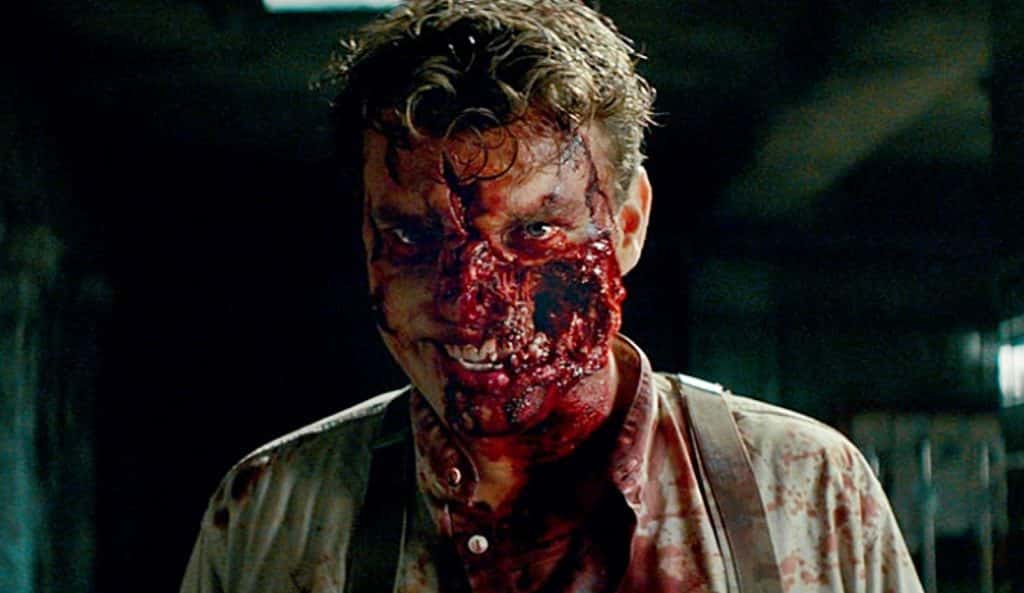 Much like the SyFy Channels strange obsession with combining Natural Phenomenon and Sharks, current horror trends just can’t seem to move away from Nazi’s and the Undead. It has been a staple of the genre for years now, spilling over into the realms of video games thanks to franchises such as Call of Duty and Wolfenstein, yet it has never really found it’s place on the big screen, instead being relegated to the straight to DVD shelf or the late night horror channels. But does the J.J. Abrams produced Overlord buck that trend. I’d have to say it’s very much a case of yes and no.

Overlord was a conflicting film for me, on one hand it was about everything I expected it to be yet on the other hand it definitely felt as though it could have been a whole lot more than it was. In the end it just ended up merely being serviceable as both a War movie and a Horror movie, never going further than that. Strangely, I think part of the problem may be that the film takes itself far too seriously. What makes Call of Duty‘s Nazi Zombies and Wolfenstein so popular is that the whole thing is given a campy, over the top style – something that is severely missing in Overlord.

The film itself takes place on the eve of the D-Day landings with a small contingent of soldiers being deployed into the Nazi populated France in order to bring down a radio tower that will allow the rest of the landings to go ahead safely. Unfortunately, their plans for a simple mission in France go awry when the town’s local population begin returning from the dead with nary a Bruce Campbell in sight.

As I mentioned previously, the film itself does work as a serviceable War film and this is mostly due to the ragtag team of soldiers that the film is centered around. Leading this is Jovan Adepo as Private Boyce and Wyatt Russell as Corporal Ford, both of whom do a good job in their respective roles with Boyce acting as kind-hearted soul who learns that it can’t be the way to fight a war and Ford acting as the mystery man brought in to get the job done any way he can.

Rounding out the crew is Agents of S.H.I.E.L.D’s Iain De Caestecker as the War Photographer Chase, John Magaro as Tibbet and relative newcomer Mathilde Ollivier as Chloe, a French Villager who will do anything to keep her family safe from the people menacing her village. All of the actors are engaging in their roles, even if they do come across mostly as the stereotypical characters you find in any War film.

One of the most entertaining characters in the film is Pilou Asbæk as the Nazi officer Wafner. He plays his role with both menace and glee that you can’t help but be reminded of Christoph Waltz’ Award Winning turn as Colonel Hans Landa in Inglorious Basterds. He becomes especially terrifying in the film’s finale when the character becomes more than your average Nazi.

One of the aspects that really let’s the movie down is that it doesn’t really seem to actually have a great deal of horror in the film. Sure it has a few jump scares and a bit of blood and gore, but this is really only a small aspect of the film with the whole undead soldiers concept really only utilized as the film was actually beginning to wrap up. It definitely feels as though it could do with a sequel to further explore some of these ideas.

On the whole, Overlord is a serviceable film – but it never really reaches the high potential that the trailers portrayed it as having. It’s definitely a concept that could work well on the big screen, but this may not be the film that does it.