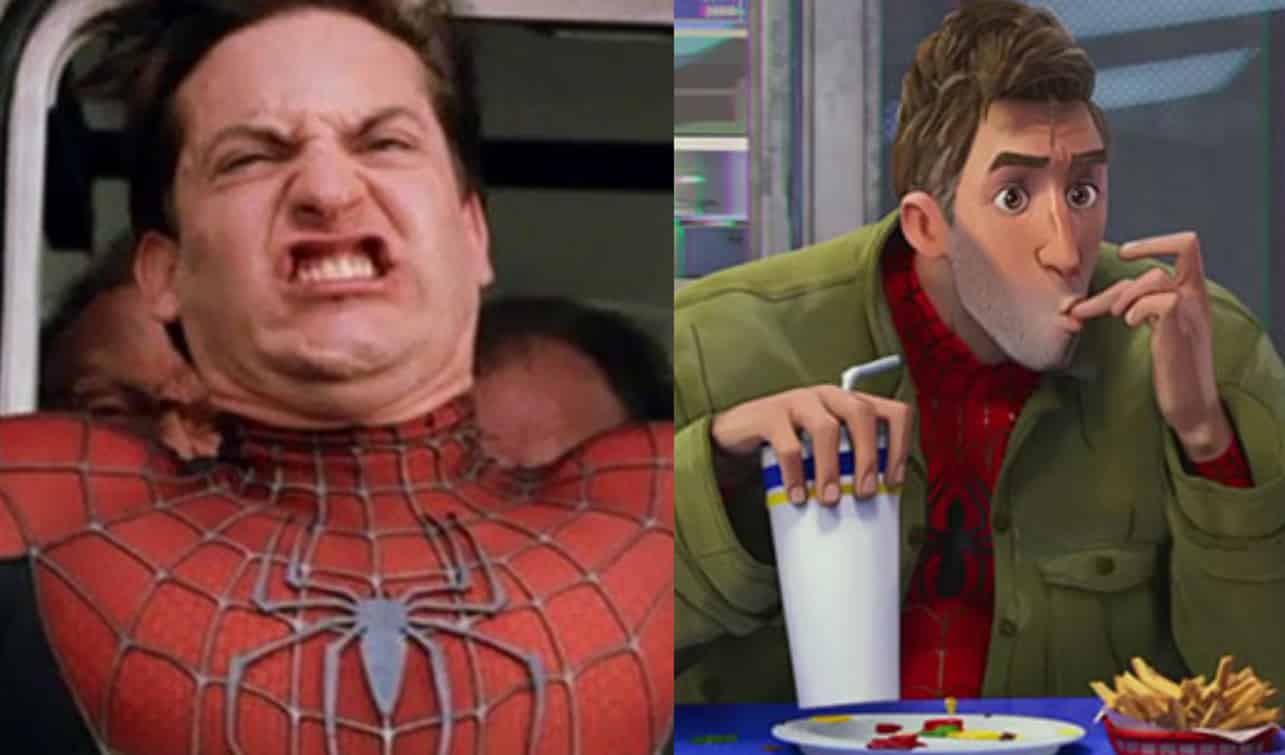 It’s been over ten years and two other Spider-Man actors since Tobey Maguire last donned the red and blue spandex in the final part of Sam Raimi’s trilogy. But could we be seeing a return of that iteration in next month’s Spider-Man: Into the Spider-Verse? Probably not! But that hasn’t stopped an ambitious theory from doing the rounds on the web (Nice!).

When the first trailer for Spider-Man: Into the Spider-Verse hit, many fans were quick to point out that several scenes seemed awfully similar to scenes from Sam Raimi‘s trilogy. Most notably the scene with Parker stopping the train which was one of the most notable moments of Spider-Man 2. Whilst many have taken this to be a fun little nod to previous films, some have assumed that this means that this in fact a more world weary take on Maguire’s titular hero. 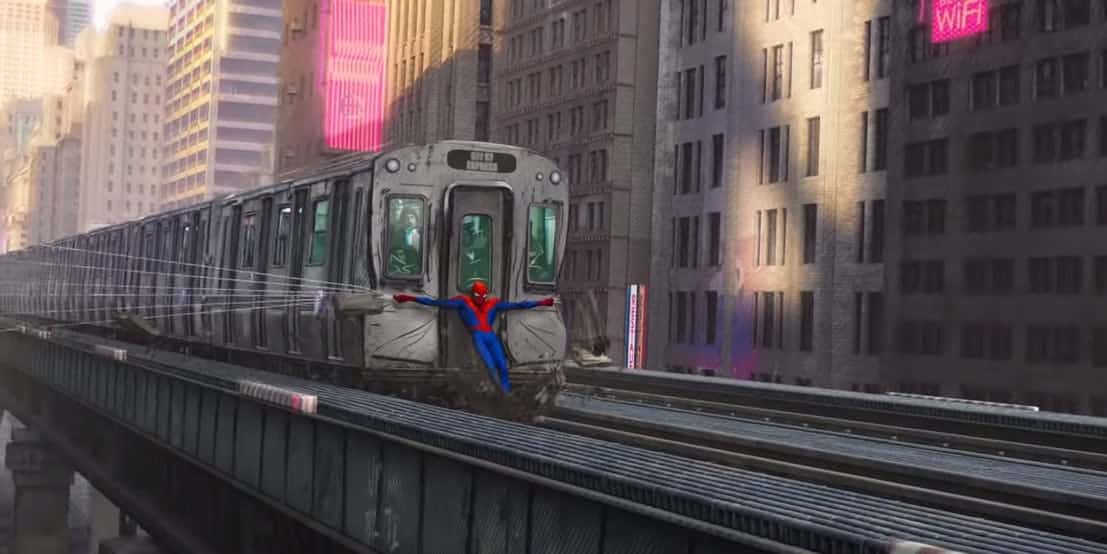 This idea was also supported by the inclusion of the scene in which Parker and MJ reenact the classic kiss from the original film and the scene in which a car is thrown through a cafe window with Spidey being forced to grab MJ to safety. Whilst it definitely seems as though these events are referencing the Raimi films, the fact that they are slightly different from the actual scenes kinda takes away from the idea they are one in the same.

For example, the cafe scene with the car features Spidey in full costume whilst the scene in Spider-Man 2 had him in his civilian get-up. Similarly the train scene is ever so slightly to how it went down in the film. Another thing that goes against this theory is that Rodney Rothman, the film’s co-director, stated that this isn’t a Peter Parker that’s been seen before.

With the whole plot of this film being that there are a multitude of Spider-Men out there, it would seem like a complete waste to recycle something that’s come before it. Having Jake Johnson’s Parker being an entirely new take would still leave the door open for a cameo from Maguire, Garfield or even Tom Holland‘s Spider-Man in the film or future films.

We will find out for sure when Spider-Man: Into the Spider-Verse hits theaters next month.

What do you think? Would you like Maguire back? What about Garfield? Let us know below!

Tags: MarvelSpider-ManSpider-Man: Into The Spider-VerseTobey Maguire
Leave Comment
No Result
View All Result