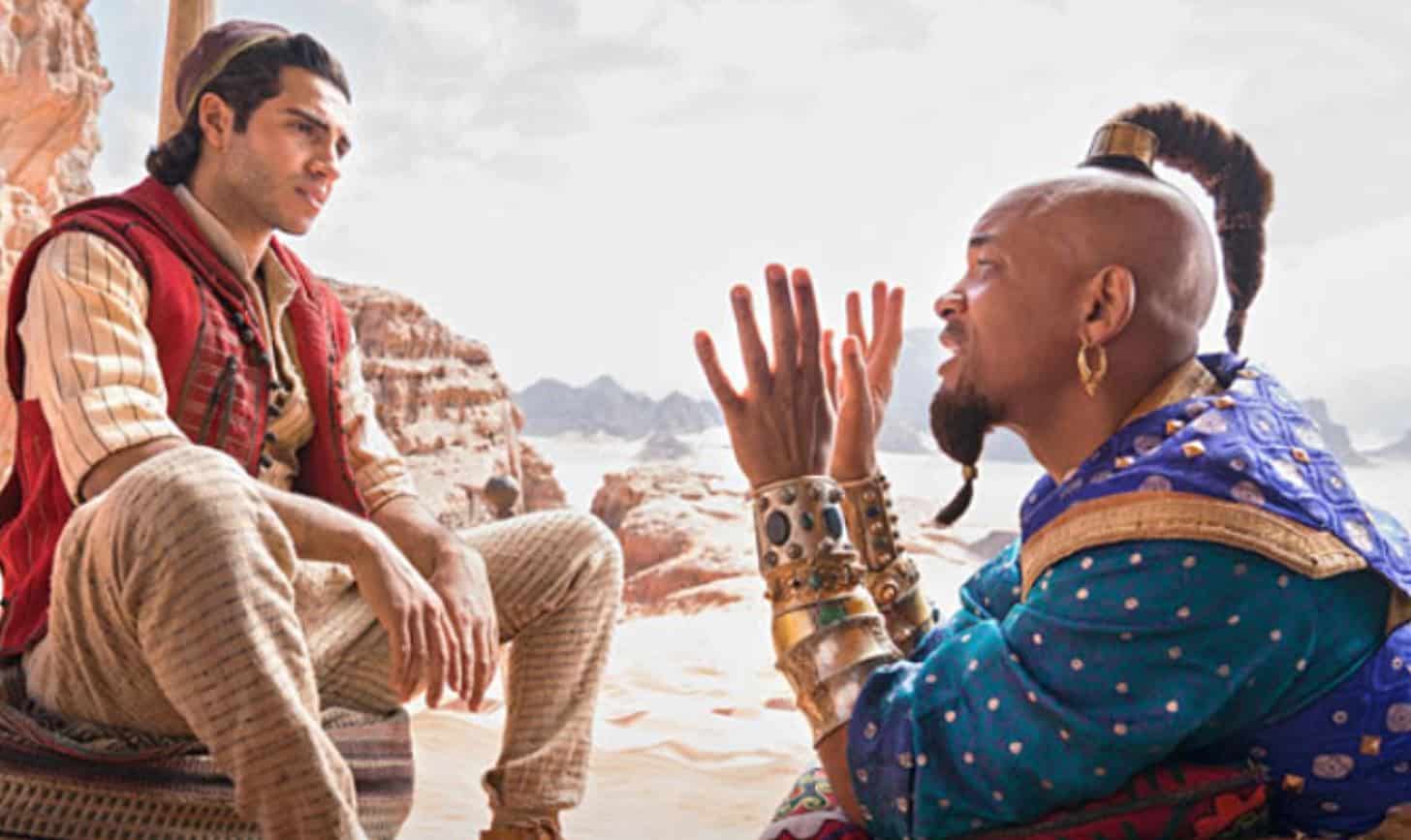 Earlier today, we were given our first look at Disney’s upcoming Aladdin reboot, and the thing that jumps right off the page is Will Smith. More specifically, Will Smith‘s Genie. In case you happened to miss the first look, we have it for you.

A whole new world. Check out the exclusive first look at Disney’s #Aladdin on the cover of the newest issue of @EW! https://t.co/uz8VcexLGS pic.twitter.com/VnQxM6K1Eq

The reaction was not pretty:

Upon seeing the photo of Will Smith as the Genie in the new Aladdin movie I immediately thought they were doing a remake of Kazaam.

Will Smith as the genie looks like he might have finally found a movie worse for his career than After Earth.

Maybe I’m wrong, and it’ll be huge, and people will love it. But man, that first image sure looks bad to me….

Will Smith as the Genie in live action Aladdin is… hm. Is “national tragedy” too rough? Probably. It’s a scourge on humanity.

*upon seeing Will Smith as Genie for the first time* #Aladdin pic.twitter.com/uLpMzwE38P

The Genie not being blue isn’t even the worst part. It’s Will Smith’s hair. #Aladdin

Just saw Will Smith as the genie in the live action Aladdin remake. My reaction……. #Aladdin pic.twitter.com/v6irLIjRC5

Will Smith’s genie hair in the live-action #Aladdin is going to be a major source of anxiety for me in 2019. pic.twitter.com/FwG44LHiUj

Will Smith has promised the Genie will be blue:

One artist went as far as making Genie blue himself:

A splash of blue 🙂 #Aladdin pic.twitter.com/n2rmaaUxy0

“Aladdin” is the exciting tale of the charming street rat Aladdin, the courageous and self-determined Princess Jasmine and the Genie who may be the key to their future.

What do you think of Will Smith’s Genie? Tell us your thoughts below!

Continue Reading
You may also like...
Related Topics:Aladdin, Disney, Will Smith