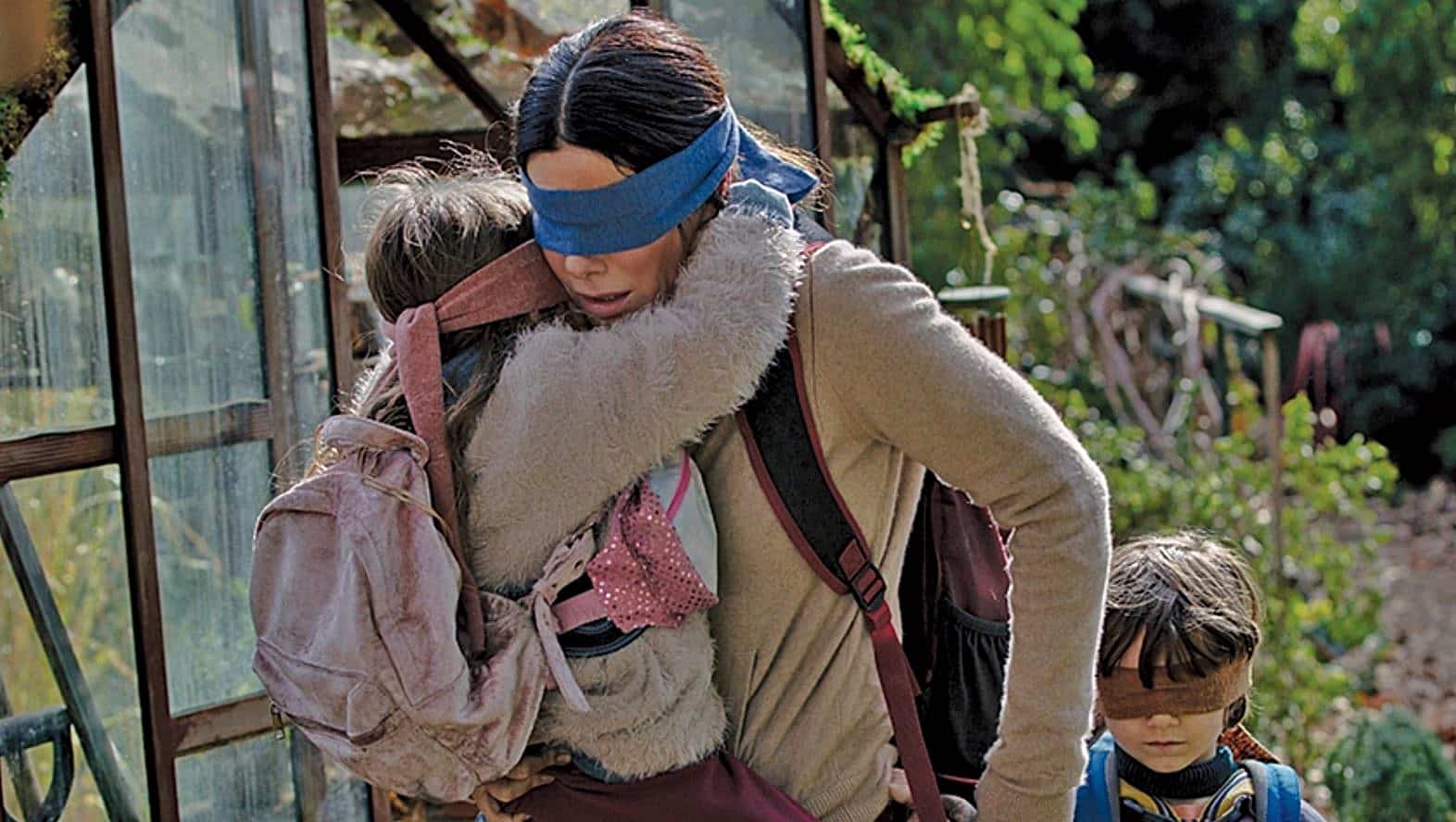 One of the biggest movies of 2018 whose hype has carried over into 2019 is none other than Netflix’s Bird Box. The movie follows a group of blind-folded survivors led by Sandra Bullock’s own masked character, as they must navigate the apocalypse without risking seeing eldritch monsters. The monsters, naturally, drive anyone insane enough to kill themselves once they’re fully revealed. But that’s what makes this movie interesting – the monsters never are revealed.

It’s been the center of plenty of speculation for fans, just what these beasts could look like. Apparently there was going to be a dream sequence involving Bullock’s character, as she recalled it in an interview:

“It was a green man with a horrific baby face,” Bullock recalled. “It was snake-like, and I was like, ‘I don’t want to see it when it first happens. Just bring it into the room. We’ll shoot the scene.’ I turn and he’s like this [growling at me.] It’s making me laugh. It was just a long fat baby.”

You’ve heard correctly. Apparently the design was so comical that they cut it from the film entirely. While some fans have designed their own interpretations based on Bullock’s description, one of the film’s effects designers finally gave fans a look at the beast on Instagram. While it’s definitely not an impressive reveal for the monsters in Bird Box, it’s not all that bad of a creature design.

*Some spoilers ahead for BIRD BOX, continue reading at your own risk!* We had the unique pleasure of designing a creepy makeup for the film, although the scene ultimately ended up on the cutting room floor. Keep in mind, the fatal “vision” that each character saw would most likely be different for each person (you’ll understand if you’ve seen the film), and this makeup appeared in a cut “dream/nightmare sequence” with Sandra Bullock’s character. Considering her pregnant state and emotional arc thru the movie, the producers felt Sandra’s nightmare would have something to do with a twisted, demonic baby creature attacking her (that’s as much as I could gather about the context of the scene anyway). I sculpted at least 3 or 4 variations on the design before it was approved, which began as a more aggressive, monstery look and was revised to be a bit more subtle in the end. I also had the pleasure of painting the finished prosthetics before sending them to set, to be worn and performed by the one and only Dirk Rogers @thehalloweendirk, applied by the great @proutyfx. It’s funny, I read an interview recently where Bullock described the creature as a “snake-like, green man with a horrific baby face”. Many folks have speculated what the creature may have looked like, but they fail to realize the “snake-like green man” portion was simply Dirk in a spandex green-screen suit 😄. Everything from the neck down was intended to be a giant CGI creature/body added later. In the end, I actually really liked the movie and think it was better off NOT showing the makeup. Kudos to the director for sticking to her guns on that one. Still a fun project to be a part of, thanks Howie! @hoops511 #netflix #birdbox

The unseen creature from Bird Box created at @knb_efx that was sadly cut from the final film. Andy Bergholtz @andy_bergholtz sculpted and pre-painted the prosthetics. Stephen Prouty @proutyfx went to set and applied the makeup on actor Dirk Rogers @thehalloweendirk. Reposted from the amazing Howard Berger (@hoops511) ”It’s always a bit disappointing when so much effort goes into something that ends up in the cutting room floor, but I get it and it’s always what is best for the final product” @birdboxmovie @netflixfilm @knb_efx — #makeupeffects #sculpture #birdbox

The wait is over! This is the original look of the #BirdBox monster. Unfortunately the amazing creature was absent in the final cut of the movie so we take this opportunity to congratulate the artists: Howard Berger and Stephen Prouty. pic.twitter.com/2EtWeRThR3

While the creatures in Bird Box are supposed to take upon the fear of whoever sees them, the design itself would’ve been pretty cool for a Hills Have Eyes scenario. Either way, I don’t think the idea of showing the monsters is that bad. They just could’ve put a little more effort into something more creative. Maybe throw in some David Cronenberg styled body horror, that’d give a nice twist on the concept.

Either way, Bird Box appears to be doing tremendously well with its abrupt viral popularity. So maybe they didn’t need to bother with monsters after all and the filmmakers made the right decisions.

Petition To Save ‘Daredevil’ Series Passes 100,000 Signatures
Kevin Feige Gives Positive Update On ‘Guardians of the Galaxy 3’
Advertisement
To Top