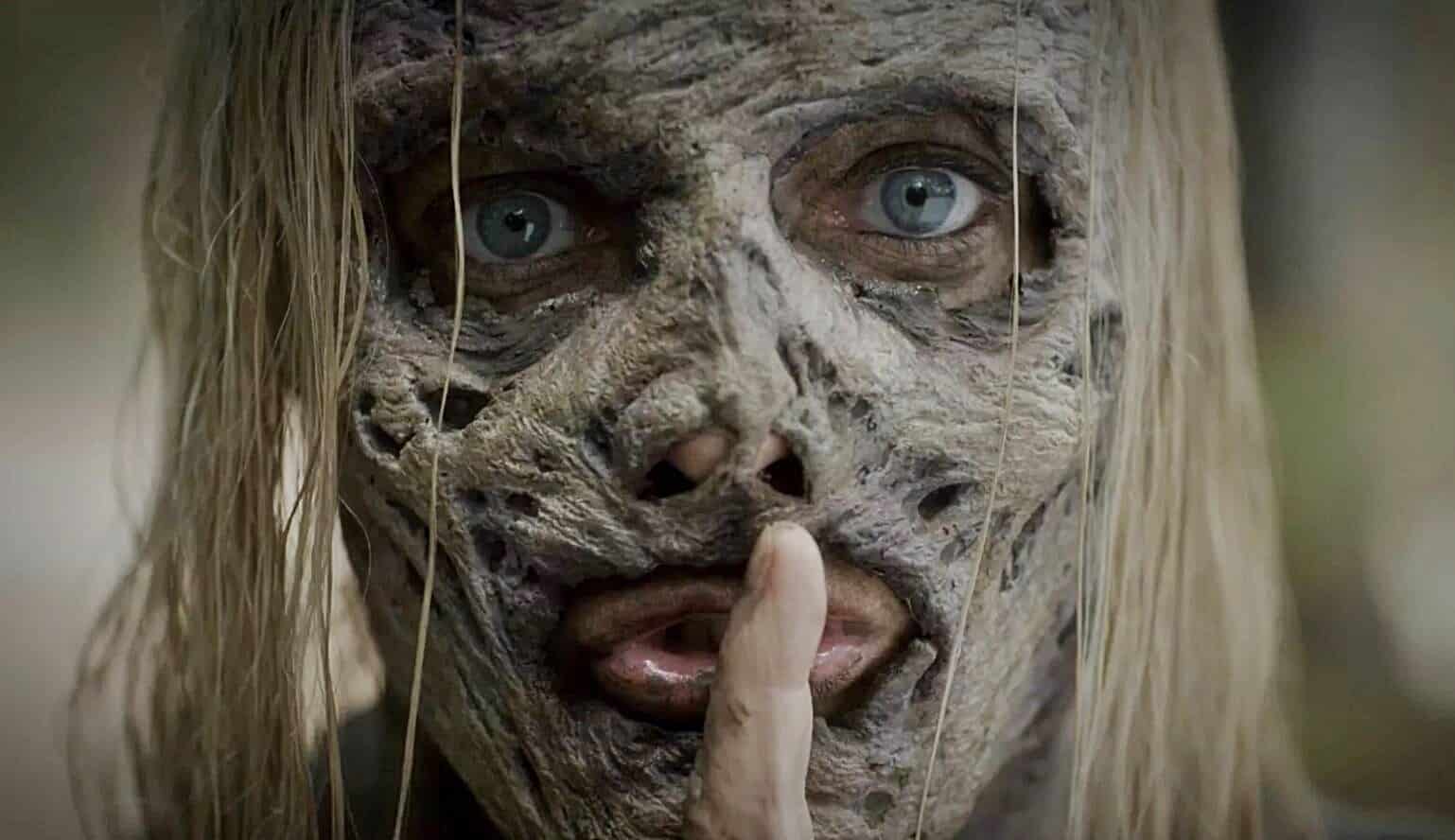 Now, I’m gonna be honest. I’m pretty far behind on AMC’s The Walking Dead, so I can’t really talk about what’s going on in the show at the moment but thankfully my knowledge of the comic book series means I’m not in the dark about the teaser trailer released via IGN to herald the return of the series in February.

The exceedingly creepy trailer, which you can check out below, focuses on what will become the big threat of the remaining episodes of Season Nine, namely that of The Whisperers – a group of survivors who use the skin of Walkers in order to blend in and move amongst the herds and apparently, spy on the Daryl and the others. It also gives us a good look at Samantha Morton’s ruthless leader Alpha as well as Ryan Hurst’s sidekick Beta.

The group first appeared in the mid-season finale where we saw one of the departure of one of the group at their hands. This alone has shown that they are a force to be reckoned with, yet Showrunner Angela Kang has revealed that we can expect things to get much worse for our heroes. In an interview with Entertainment Weekly she explained.

“Well, the second half of season 9, we really dive deeper into the story of the Whisperers. At the end of the first half, obviously, we get this reveal that these zombies are not evolving, that they are some sort of strange human threat. We’ll get to know more about this group and their brutal survival of the fittest philosophy and how that really plays out in horrifying ways.”

Before later going on to add

“They’re not a group that can be reasoned with in some of the same ways that some other villains have been that they’ve encountered in the past.”

It certainly sounds as though the survivors will have their work cut out for them when The Walking Dead returns to AMC February 10th.

What do you think? Do you like the look of The Whisperers? Are you still interested in this show? Let us know below.

Continue Reading
You may also like...
Related Topics:AMC, Horror, The Walking Dead, zombies

‘Replicas’ Review: Transfer Your Consciousness And Shut Off Your Brain
Disney Acquiring Hundreds Of Marvel Characters From FOX
Advertisement
Advertisement
To Top