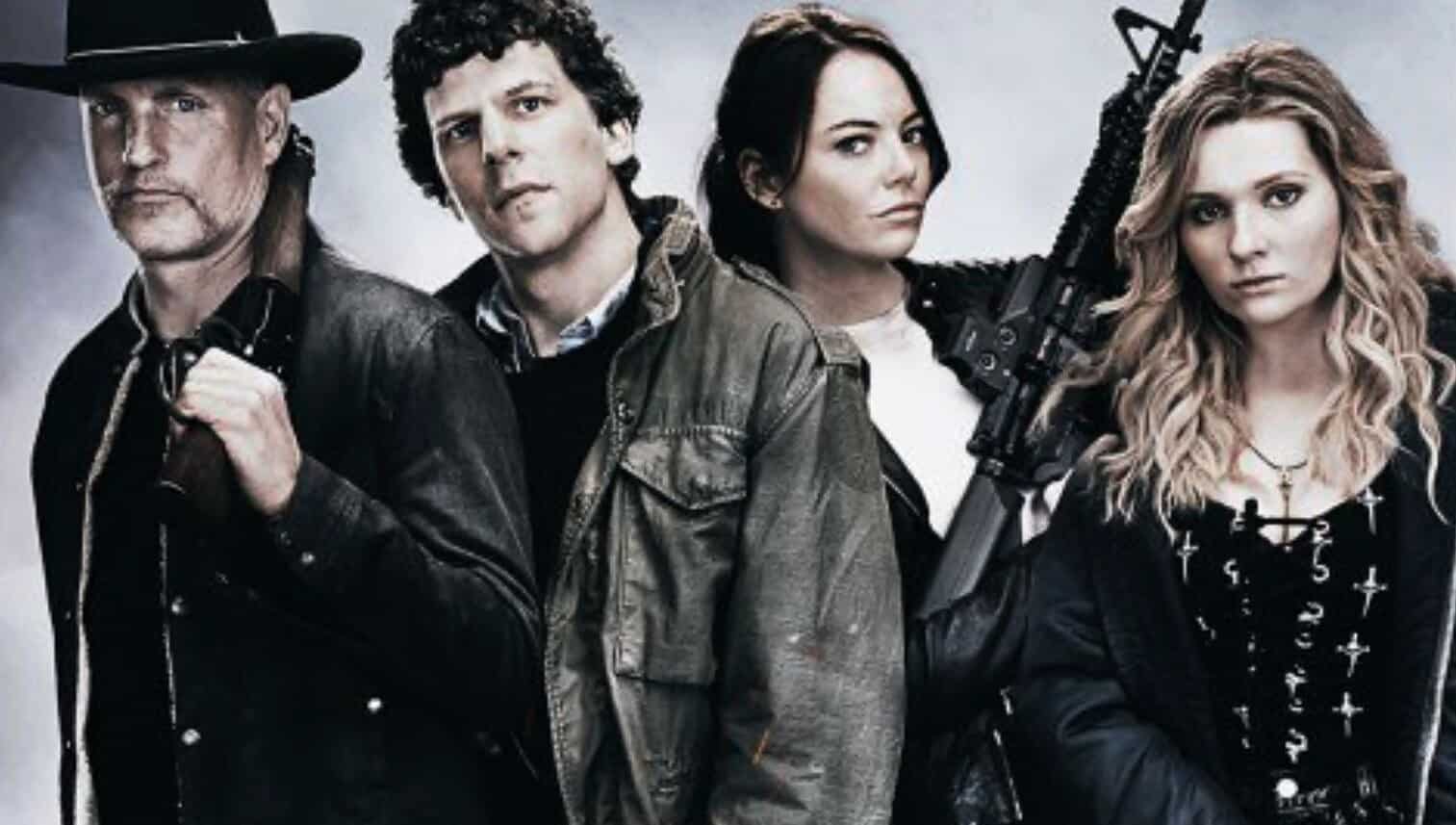 The first official look at Zombieland 2 has been revealed, and the title will be Zombieland: Double Tap. While it’s not much of an actual first look, it does give us an updated look at the cast of the film, and they did it by using the popular 10 year challenge that is obviously trending on social media right now.

The only known plot synopsis for the film reads:

The sequel will follow the charismatic group of zombie slayers following the events of the first film as they settle into their post-apocalyptic lives. They’ve chosen a more luxurious lifestyle and decided to set up camp in the White House. After a disagreement between Columbus (Jesse Eisenberg) and Wichita (Emma Stone) causes the group to split, Little Rock (Abagail Breslin) runs off with Berkeley (Avan Jogia), a guy she just met.

The group then sets off to rescue Little Rock, but, of course, they aren’t alone in the world. New types of zombies have overrun the world, they include Homers (dumb ones), Hawkings (smart ones) and Ninjas (deadly ones). Along the way, Tallahassee (Woody Harrelson) meets his match in the form of a female zombie-hunting badass named Nevada. This makeshift family will have to use all their skills and follow Columbus’ survival rules if they want to make it out alive.

Woody Harrelson, Emma Stone, Jesse Eisenberg, and Abigail Breslin are all reprising their roles, with Zoey Deutch, Avan Jogia and Rosario Dawson joining them along the way.

What do you think of this new first look? Are you excited for Zombieland 2? Do you like the film’s official title? Be sure to tell us all of your thoughts in the comments section!