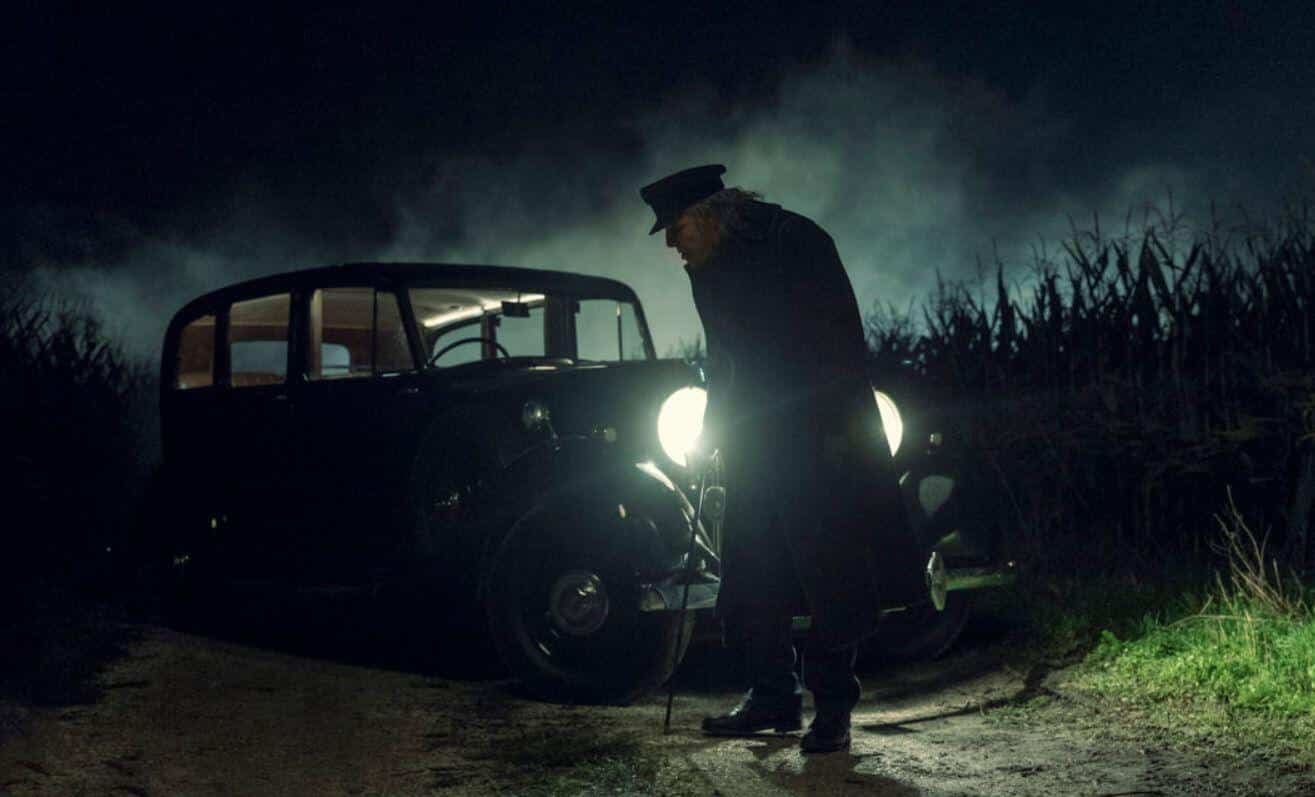 Joe Hill’s NOS4A2 is being adapted into a new TV series for AMC. Now we have our first look at footage from the show, and while it doesn’t show much regarding how the series will turn out, it does hint at the atmosphere. And it’s incredibly eerie. Quite possibly the footage will be used for the show’s opening, as it seems to be the kind of material AMC likes for their intros. But either way it’s a good sign for things to come.

There’s also a slew of new images showing off each of the main characters.

See the cast of #NOS4A2. Swipe through for more. pic.twitter.com/N03EmLap9r

We get to see main antagonist Charlie Manx, both as a young, seemingly normal person and feeble old man. He’s also pictured with his car – The Wraith – which possesses the power to travel through both dimensions and time.

Vic McQueen is unfortunately linked to Charlie Manx psychically, which makes her a major target for the supernatural soul-sucker. Maggie Leigh is next, a woman who uses Scrabble tiles to locate lost items. She ultimately functions as a friend to Vic and even helps her in her fight against Manx. Bing Partridge is Manx’s disturbed assistant, giving a gingerbread-flavored anesthetic to potential victims. We also get a look at Vic’s mother and father.

Ultimately it’s appearing to be quite a massive series with a decent enough respect for its source material.

In the new series based on Joe Hill’s novel…

NOS4A2, based on Joe Hill’s bestselling novel of the same name, tells the story of Charlie Manx, a seductive immortal who feeds off the souls of children, then deposits what remains of them into Christmasland – an icy, twisted Christmas village of Manx’s imagination where every day is Christmas Day and unhappiness is against the law. Manx finds his whole world threatened when a young woman in New England discovers she has a dangerous gift.

Ashleigh Cummings will play Vic McQueen, a young, working-class artist whose creativity awakens a supernatural ability to track Manx (Zachary Quinto). What Vic lacks in social confidence, she makes up for in courage, humor, and tough-as-nails grit. She strives to defeat Manx and rescue his victims without losing her mind or falling victim to him herself.