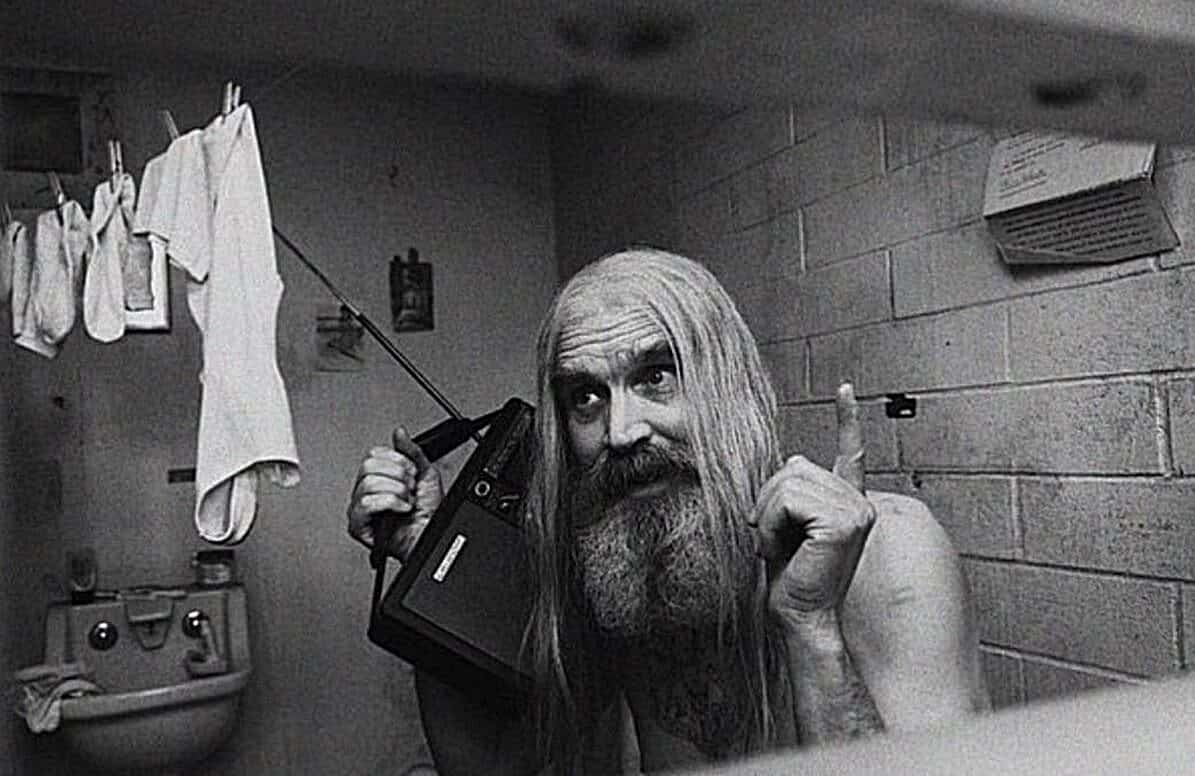 Rob Zombie’s iconic cult classics House of 1000 Corpses and The Devil’s Rejects have no shortage of hit rock and roll soundtracks. Whether it’s Zombie’s own particular brand of metal or a more laidback, classic rock variety, they’ve become a trademark of the franchise. The latest entry in the series, 3 From Hell, appears to continue the tradition in a new still that Rob Zombie shared on Instagram.

Here is how he captioned the picture of Otis holding up a radio in his prison cell:

“Otis may be spending his days behind bars but at least he’s still got his music.”

The image definitely speaks a lot about what we can expect from the movie. Bill Moseley’s Otis Driftwood is truly living up to his real-life inspiration, the disturbing cult leader Charles Manson. As you can see from the beard he started rocking in The Devil’s Rejects, he looks eerily similar to Manson, and the thought that he’s been spending years in prison only increases the similarity.

Of course, Otis isn’t the only member of the Firefly family to return or be incarcerated. He’s joined by Sid Haig’s hilarious and creepy Captain Spaulding, as well as Baby Firefly – played once again by Rob Zombie’s own wife Sheri Moon Zombie.

Unfortunately we still don’t have any official synopsis or footage from the highly-anticipated sequel to 2005’s The Devil’s Rejects. But we do know that it will be the most brutal entry yet, and with a prison setting there’s no telling what kind of carnage we can expect.

3 From Hell also goes without a release date, but we can hopefully assume it’ll be out towards the end of this year.