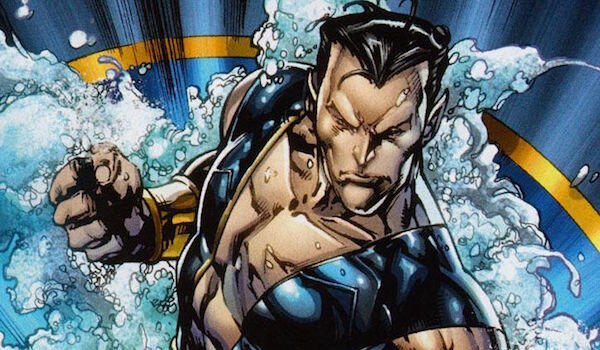 Ever since the Disney/Fox merger began, there has been speculation as to which characters would make it into the Marvel Cinematic Universe and in what way. There is one hero, in particular, who has been wanted by most fans for years, but his inclusion wouldn’t be so simple. Namor. His rights are a bit confusing, with Universal also having a hand in the deal, similar to the Hulk fiasco that keeps him from another solo film. But, what if Marvel found a way to bring him in via another character’s film? Well, thanks to a certain MCU director’s recent (and quickly deleted) tweet, we may just be getting our wish.

Scott Derrickson, director of Dr. Strange and it’s so-to-begin-production sequel, tweeted out a peculiar image and sentence that has many believing that we may see none other than Namor, the Submariner, in the sequel! Screenshotted and shared by SuperheroPOLL Plus, the image Dickerson used was from the ‘Fear Itself’ comic book series that depicted Dr. Strange being pulled under water, with Namor trying to save him. He captioned this picture by simply saying “Are you experienced?”. While that may seem incredibly vague, it is actually in reference to a Jimi Hendrix song. And, “coincidentally” enough, a line from the song seems to speak towards Namor, at least in reference to Marvel.

So, does this mean we’re getting Namor, the first ever Marvel superhero in comics (predating Aquaman of DC fame), on the big screen? Derrickson is known for teasing fans via Twitter, so maybe there is something to this. The fact that it was deleted quickly could mean that Marvel felt he gave too much away. Or, Scott could be trolling us all, which he is also an expert at. We won’t really know anything until Marvel decides to let us in on their secrets. Namor is an exciting character to see in the MCU. He rides the line of hero and villain, many times siding with the ocean world over the land dwellers.

He has been a hero alongside Captain America in WWII, and has been a Fantastic Four villain. He is part of the Marvel Illuminati, but his volatile temper and blunt aggression keeps him in constant conflict with many of its members, most notably Black Panther. He is a mutant born of a human father and an Atlantean mother, and is comic book’s first true “anti-hero”. His importance cannot be understated, and it will be great to see him get the MCU treatment. Hopefully, this wasn’t a “troll job” and we get to see Namor sooner rather than later.

What do you think of Derrickson’s tweet? Are you excited for Namor? Let us know in the comments below!