‘Avengers: Endgame’ Theory About Ant-Man And Thanos’ Ass Is Taking Over The Internet 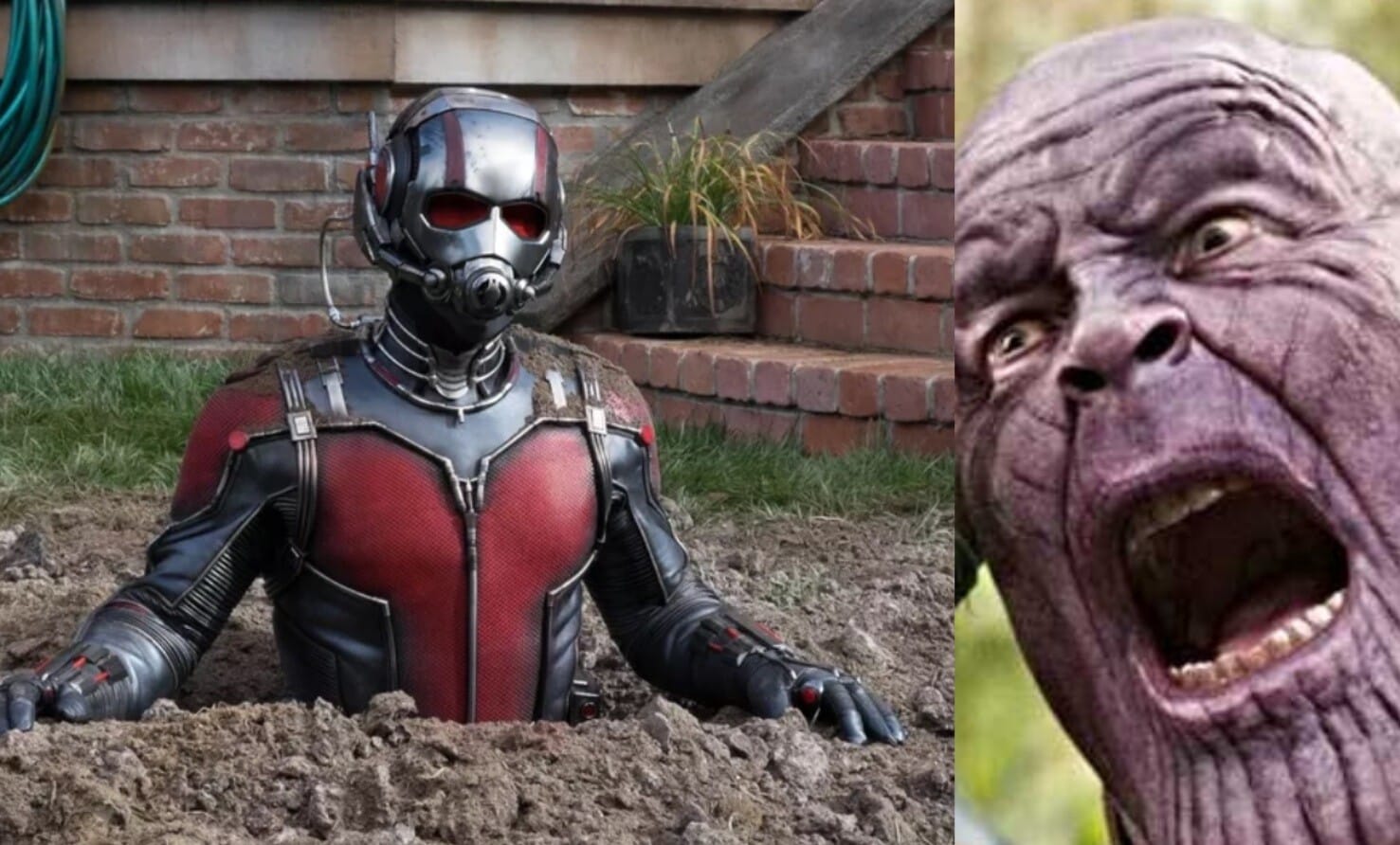 A new trend involving Avengers: Endgame swept the internet at the back end of last week – no it wasn’t an irritating new dance, nor was it eating some kind of cleaning fluid. No, this latest trend featured a hypothetical scene between Paul Rudd’s diminutive hero Ant-Man and Josh Brolin’s Mad Titan, Thanos, and it’s safe to say it’s pretty damn disgusting.

Yes, the latest theory doing the rounds on the internet is that Scott Lang will defeat the big purple beast by shrinking down, climbing into his big purple ass and then enlarging whilst he’s still inside. That’s something that would definitely cause more than a drop of blood.

The basis for this meme began back in 2017 with users on the site Reddit speculating on Scott’s ability to climb into the villain’s ear before expanding inside his head. Naturally, it didn’t take long for this to evolve into something far more disgusting. Back in April last year, Twitter user FilmGloss tweeted how Scott’s absence from Avengers: Infinity War was related to this theory.

marvel saw the post about how ant man could defeat thanos by crawling into his ass and instantly growing in size and that’s why they didn’t put him in the movie, send tweet

The tweet eventually took on a life of its own with over 11.5 thousand retweets, even going as as far as Paul Rudd himself who was questioned about this plan during the press tour of Ant-Man and The Wasp. Check out his reaction below.

It all went quiet on the Ant-Man in the Ass front for a while, until the meme saw a resurgence in popularity this past week. You can check out a few of them that have been doing the rounds in the tweets below.

what’s up with these theories of ant man shrinking into thanos’ ass and killing him by expanding 😂😂💀💀 pic.twitter.com/SI11hxadHH

At the very least, we know it must have happened in one potential future.

ur tellin me in the 14 million futures Dr. Strange saw not one of them was Ant-Man crawling up Thanos' ass

We will find out for sure just how far Scott is willing to go to defeat Thanos when Avengers: Endgame hits theaters on April 25th.

What do you think? Would you like to see this happen? Can you think of a worse way to go? Let us know below!