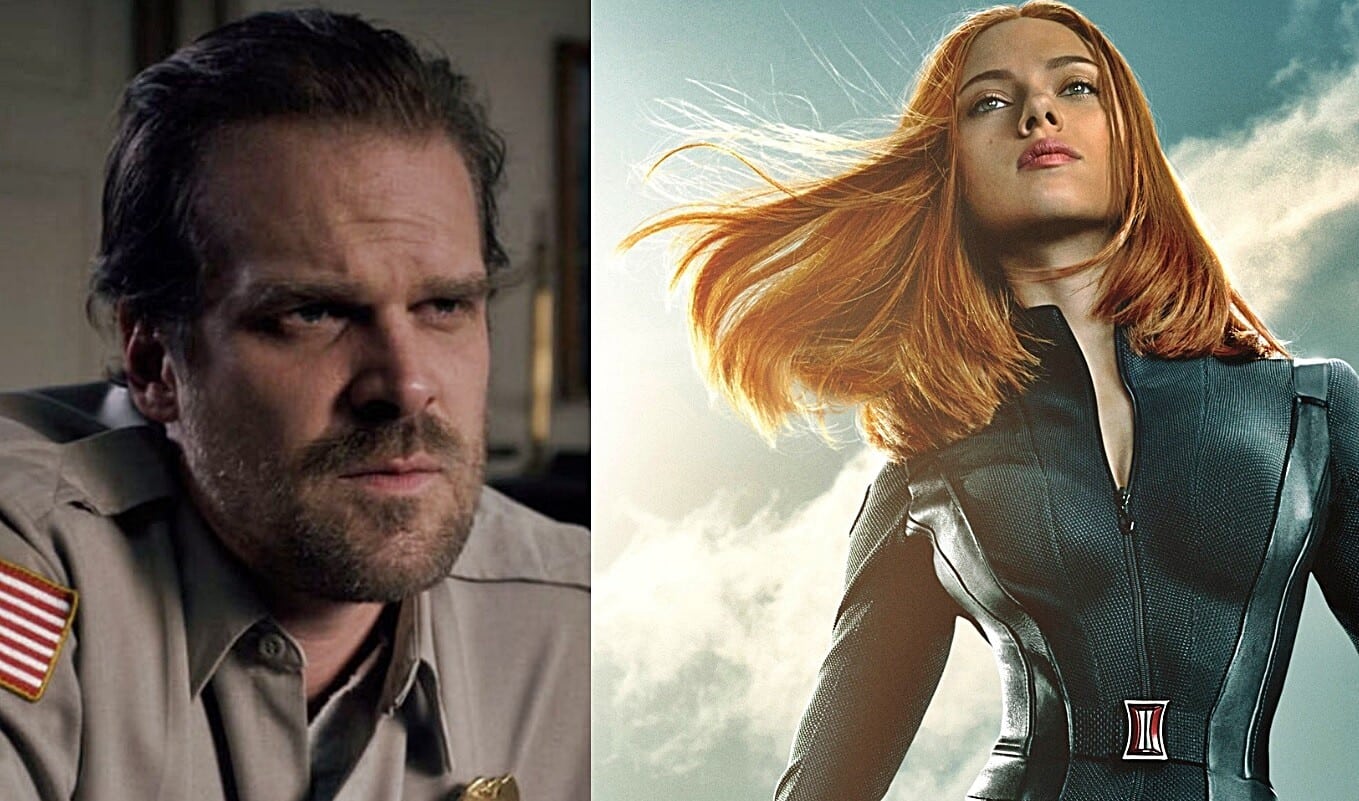 David Harbour is definitely doing the rounds on the nerd scene these days. Best known for playing Sheriff Hopper in Stranger Things on Netflix, the actor will next be seen as the cigar chomping Hellboy in Neil Marshall’s upcoming reboot. However, it looks as though he isn’t going to let that be his last foray into the world of comic book movies as the actor has reportedly signed onto Marvel’s upcoming Black Widow solo film.

The news broke via The Hollywood Reporter who revealed that Harbour was joining the MCU in an exclusive earlier today. While the details of his role are being kept under wraps, it’s likely that he could be playing the ‘Older Male Contemporary’ of Natasha who featured in some potential casting breakdowns that hit the web recently.

Harbour joins a cast that already includes Scarlett Johansson as the titular heroine as well as Fighting With My Family star Florence Pugh. It’s likely that we will find out more casting in the coming weeks with the film set to begin production this June in London.

Black Widow is set to be directed by Cate Shortland based on a script by Jac Schaeffer – that is said to be an international based adventure which sees Romanov leave the KGB and eventually join up with S.H.I.E.L.D.

Harbour can next be seen in Hellboy when it hits theaters April 12th whilst Scarlett Johansson’s Black Widow can be seen in Avengers: Endgame when it is released on April 25th.

What do you think? Are you excited by this news? Who do you think the actor is playing in the upcoming MCU movie? Be sure to tell us all of your thoughts on it in the comments section!