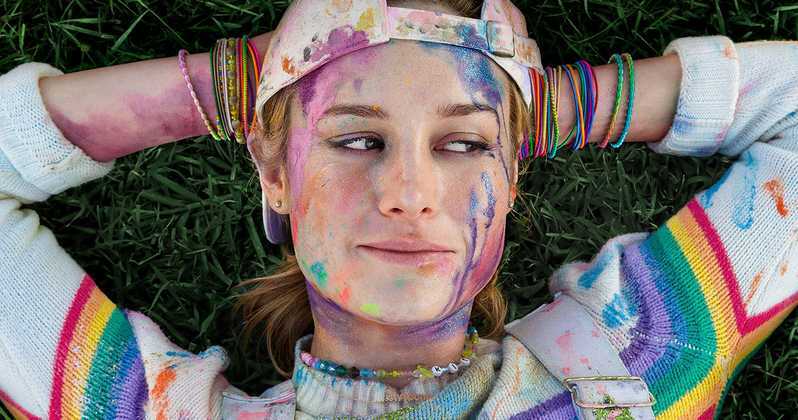 Brie Larson has risen to become arguably one of Hollywood’s most prominent actresses in the business, mixing critical and commercial success with Room and Captain Marvel. Larson is transitioning her talents behind the director’s chair with her passion project Unicorn Store, a well-meaning yet ultimately middling descent into whimsical wonder.

Unicorn Store follows Kit (Brie Larson), a down-on-her-luck woman recently rejected from her dream at art school. After moving on to a middling temp job, Kit receives a mysterious invitation, to be the owner of her very own unicorn. Seeing this as an opportunity to live a childhood dream, she prepares her home to welcome the mystical creature.

In a world full of hard-edged blockbusters and dark horror films, Unicorn Store‘s welcomed sweet-nature approach does offer its own respective joys. However, the film ultimately fails to land the complicated tonal balance it sets to achieve.

Performance-wise, this is a welcome return to form for Larson. While some of her past performances suffered from a lack of energy (Free Fire), Larson comes to life, imbuing the character of Kit with an infectious joy and sense of optimism that rings true. The Oscar-winning actress is able to convey the character’s whimsical personality while rooting the character in humanity, with Kit being a relatable dreamer that audiences can connect to. Co-stars Samuel L. Jackson, Joan Cusak, and Mamoudou Athie also offer strong supporting performances.

Unicorn Store is as well-intended as they come. Larson and writer Samantha McIntyre tackle important issues like harassment and identity while trying to craft a film that will empower its respective audience. Larson is a strong champion of the dreamer, and that creative spirit does give the film some whimsical charm throughout.

Ultimately, the film fails to have the impact that it sets to achieve. McIntyre’s script offers a compelling balance of real-world problems and fantasy, but that balance ends up underserving both aspects. The actual issues the film tries to tackle are simplified to the point of having little impact, while the fantasy aspects never quite fly off the pages as they should. Larson does a solid job with her debut effort but fails to inject this movie with a visual spark that could have enhanced its whimsical elements.

Netflix’s Unicorn Store cant quite pull off the tricky balance it sets to achieve but should be commended for its positive energy and ambitious execution.