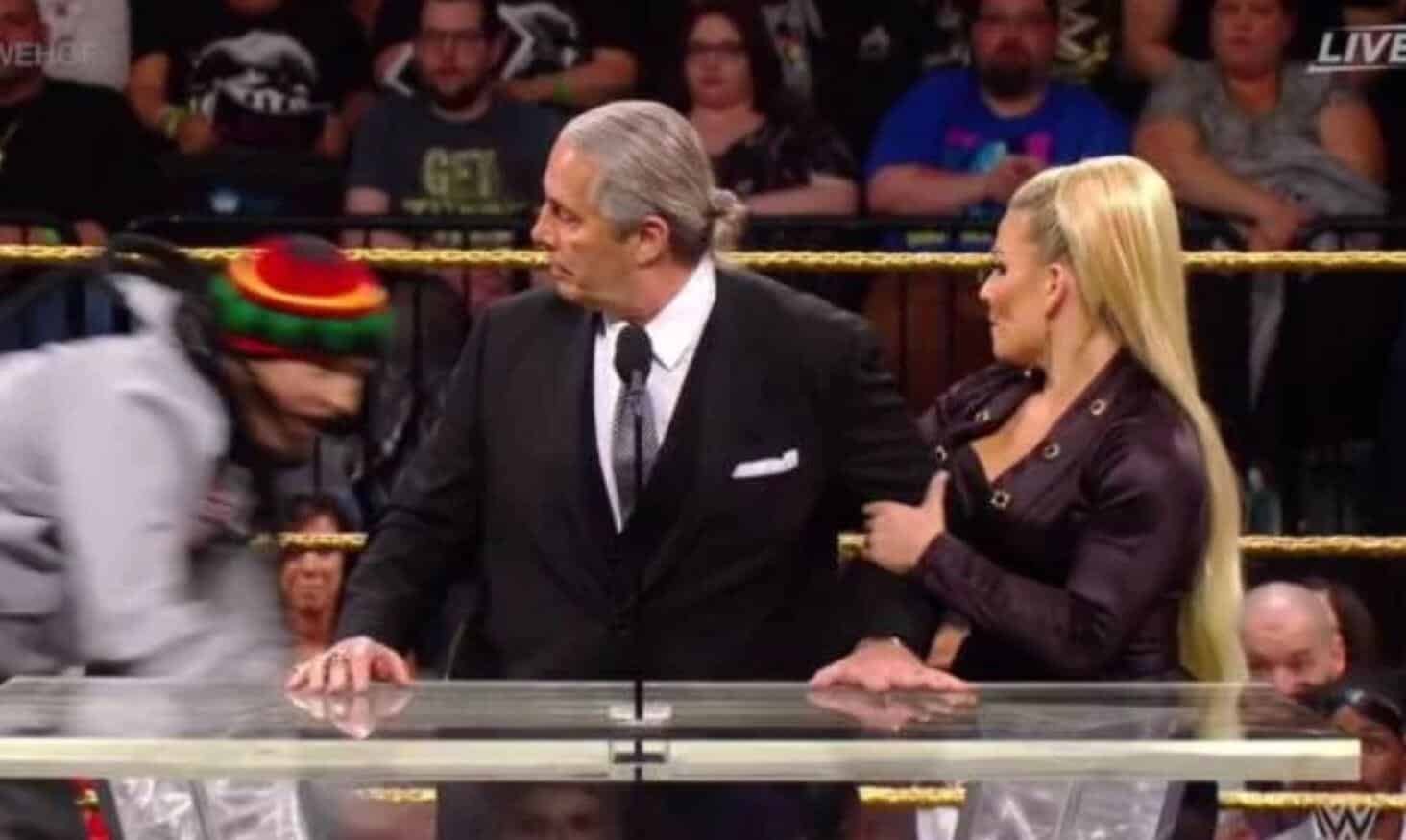 We are in the middle of the hottest weekend in sports entertainment, on the biggest stage of them all, Wrestlemania. Last night saw the future of the industry tear the house down with NXT: Takeover and history will be made tomorrow as the women’s division main events Wrestlemania for the very first time. But, as for tonight, history becomes immortality as the class of 2019 is inducted into the WWE Hall of Fame.

Legends like Brutus the Barber Beefcake, The Honky Tonk Man, Harlem Heat, Torrie Wilson, and Degeneration X are all being inducted in one of the most iconic classes ever. But, there is one other group to add to that list, and that one of the greatest tag teams ever, The Hart Foundation. Bret Hart and the late, great Jim ‘The Anvil’ Neidhart transcended the tag team world with their sky high level of excellence. But, on what should be an amazing evening for these guys and their family, it has be marred but pure idiocy.

As Bret Hart is telling the story of how the Hart Foundation was formed, a moronic and imbecilic ‘fan’ (and I use that term VERY loosely here) stormed the new wrestling ring-style stage and tackled Bret. Of course, this guy didn’t last more than a few seconds and security and several superstars rushed in to tear him a new one. WWE quickly cut to black to avoid anything potentially harmful to Bret being shown on screen, but it was this tool who needed protecting.

The attack on Bret Hart & Natalya.
What a disgusting act. #WWEHOF pic.twitter.com/3IwjyhMGzX

Some crazy person attacked Bret Hart during his WWE Hall of Fame speech for the Hart Foundation pic.twitter.com/HmGWYGjkIl

Dash fucked his shit up pic.twitter.com/C2onjiMMK5

As things started to calm down and security pulled the buffoon out of the stage, Ronda Rousey’s husband, UFC Heavyweight star, Travis Browne, as well as Brawn Strowman and Victor of the Ascension, among others, followed the perp to the back. As of this writing, his identity and what possible charges he’ll receive are unknown.

WWE has put out a statement, saying:

WWE issued https://t.co/mWs3QF7zUn the following statement on the Bret Hart attack:
“An over-exuberant fan surpassed our security at ringside and made his way briefly into the ring. The individual has been turned over to the proper authorities.”

It’s common knowledge that you don’t jump the railing and go after a superstar. These are premiere athletes. But, even moreso, you don’t disrespect them on their most reverent of a night. And, you especially don’t try to go after one of the greatest of all time in Bret Hart.

Because, you will get exactly what you deserve, and you may just not like it.