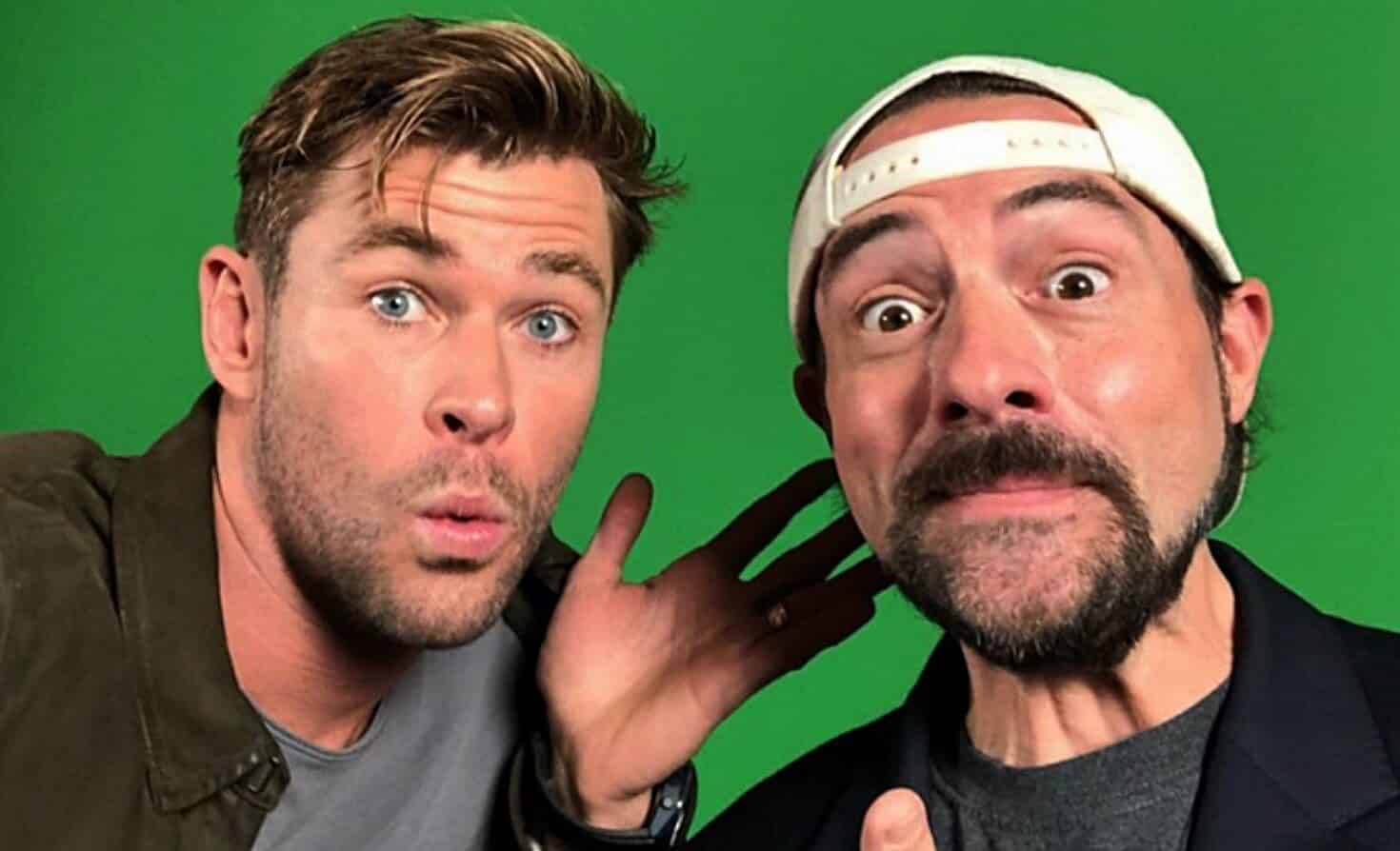 A lot has changed in the nerd world since Clerks II, the last entry into Kevin Smith‘s View Askewniverse. We’ve got not one, but two connected cinematic franchise based on comics, we’ve had a whole batch of new entries into the Star Wars universe and nerd culture is now much more popular than it was back then. So it should comes as no surprise to anyone that Smith is looking to embrace this new era with open arms in his upcoming return to the franchise, Jay and Silent Bob Reboot.

In a post on his Instagram earlier today, Thor actor Chris Hemsworth confirmed his appearance in the film by posting an image of himself with Smith in his Silent Bob regalia. Accompanying the post, Hemsworth said.

“The man, the myth, the legend. The one and only @thatkevinsmith !!! Stoked to be a part of his next film Jay and Silent Bob Reboot. What a pleasure it was hanging out mate.”

To which the Mallrats director replied:

“My god (of Thunder) you were phenomenal! Many thanks, sir. But next time you face Thanos, aim for the head.”

The man, the myth, the legend. The one and only @thatkevinsmith !!! Stoked to be a part of his next film Jay and Silent Bob Reboot. What a pleasure it was hanging out mate 👍👍👍👍

Nothing is known about Hemsworth’s role in the film, but given that the plot of the film will see the two titular characters attempt to stop the reboot of their characters Bluntman and Chronic from being made, it could be that Hemsworth will in fact be playing himself. So expect plenty of Magic Hammer jokes to appear.

The official synopsis for the film is as follows.

“After losing the legal rights to their names over a film reboot of Bluntman and Chronic, Jay and Silent Bob travel across the USA in an attempt to prevent the reboot from being made.”

Unfortunately we don’t have a release date for Jay and Silent Bob Reboot at this time, but Hemsworth can next be seen in Avengers: Endgame when it hits theaters on April 24th.

What do you think? Are you excited for this film? Which actors and actresses would you like to see join? Let us know below.