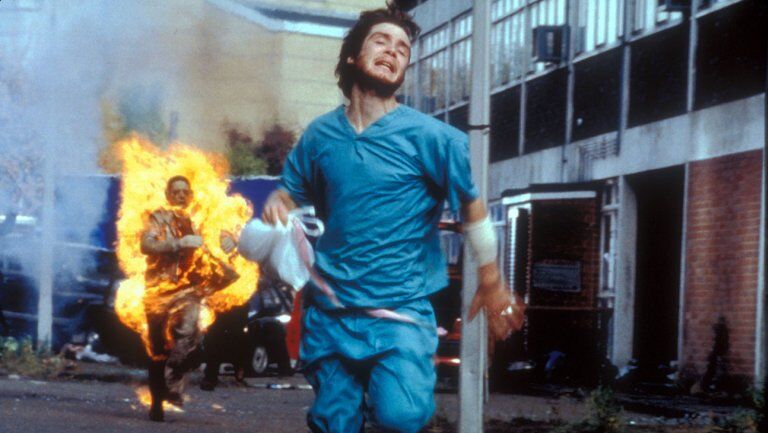 28 Days Later was released in 2002 and was followed up by its sequel, 28 Weeks Later, in 2007. The first movie is set 4 weeks after the outbreak of a virus in the UK, and follows survivors as they try to find a safe place. the second movie is set 6 months after the outbreak, and a small safe area is set up in London for survivors to repopulate. Although the idea of a third instalment had pretty much been forgotten about, Danny Boyle has now shared that he is hoping to return to the director chair for the project.

The third installment would be called 28 Months Later or 28 Years Later and Boyle has confirmed in an interview with The Independent that he has been talking to original writer Alex Garland about the next chapter of the story, and he said they have some good ideas:

“Alex Garland and I have a wonderful idea for the third part, It’s properly good. The original film led to a bit of a resurgence in the zombie drama and it doesn’t reference any of that. It doesn’t feel stale at all. He’s concentrating on directing his own work at the moment, so it’s stood in abeyance really, but it’s a you-never-know.”

The last time a new installment of the franchise was discussed was back in 2015. When speaking with IGN, Garland explained how they had been talking about the project seriously but there were complications. He also added:

“It’s more likely to be 28 Months than 28 Years. 28 Years gives you one more place to go. 28 Decades is probably taking the piss.”

Although there is a wonderful idea for the third part, I don’t think we should expect to see it anytime soon. I’m certain that we will get another chapter to the story, eventually.

Do you want to see a 28 Months Later? Let us know in the comments!