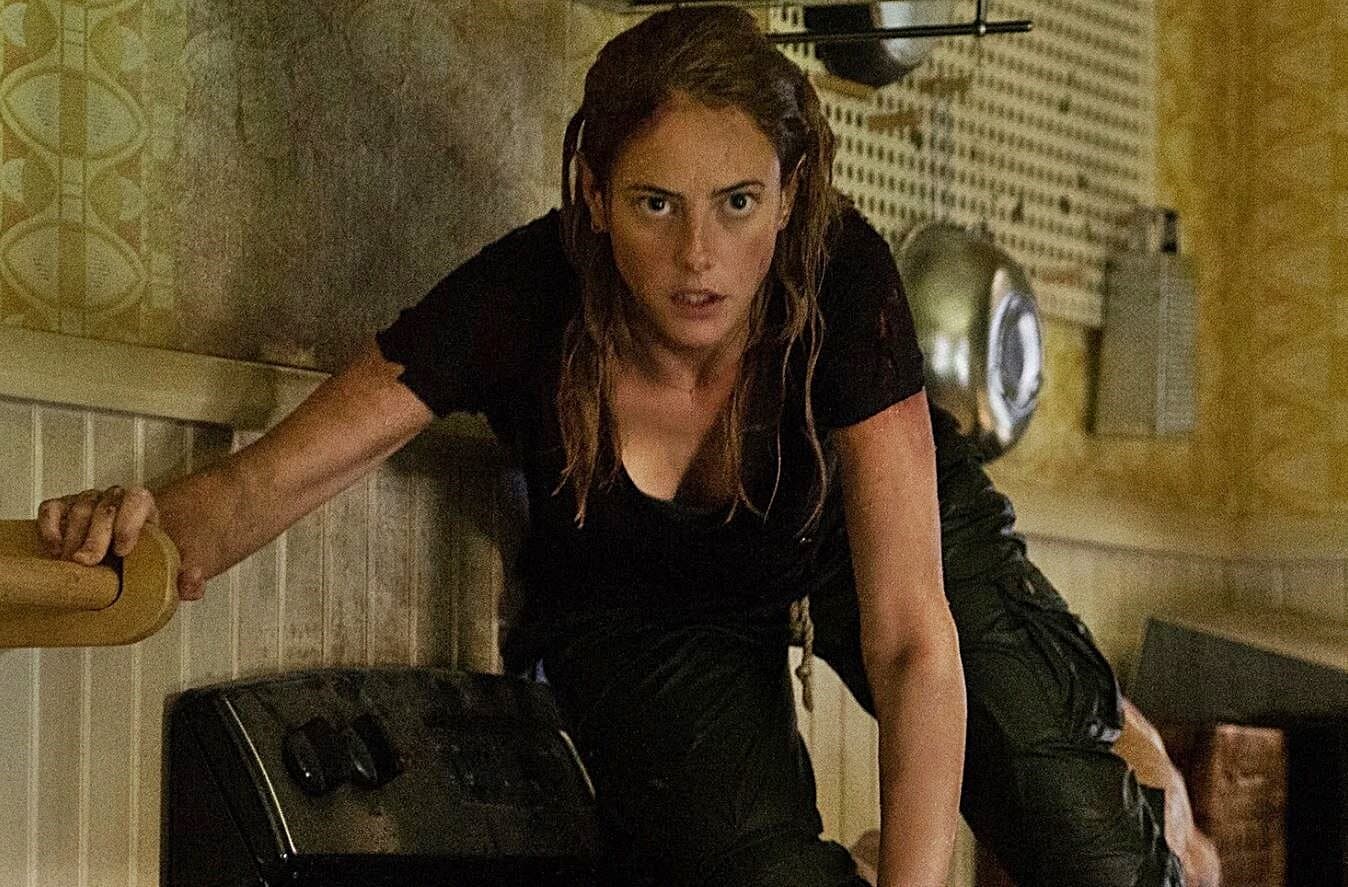 Crawl is a nice little theatrical film featuring killer alligators across a unique hurricane setting. As such a thing sounds, it creates a very dark film – one that almost ended in a much darker way as director Alexandre Aja has revealed.

According to Aja in a new interview with Bloody-Disgusting, he explains the ending and why the bleak atmosphere fit with the overall content of the film.

“When you make an alligator movie you have this reference to a lot of them and a lot of other crocodile [movies], and a lot of other creature movies,” Aja said. “Somehow I liked the idea of taking this story a little bit more seriously, but then create the fun by being an escalation. Everything is going wrong, and all the shit that we can put them through that day.”

He explains that it’s a bit of a metaphor for general situations in real life.

“It is kind of close to where we are in our real life, unfortunately. We are trying to fight and survive and whatever, but I’m sure, seen from above, it’s very hopeless,” Aja laughs. “I really wanted to create a situation where everything, every time, [does] not make my life easy as a filmmaker or as a writer. By not choosing the easy way out, but try to really put them into what’s the worst could happen now, and building from there.

“I think that accumulation of tension is creating that laugh, but it’s really similar to when you ride a really fun rollercoaster. You’re having this up and down, and crazy moment where you know it’s coming but you are surprised, but at the end the laughing is making the whole thing intense,” Aja includes.

Here’s the fun part – he reveals that a draft for the film actually did end with the surviving protagonists getting eaten just as they thought they’d escaped on a helicopter.

“Yes, we did it!” Aja laughs. “We did! We had a draft. This is pure spoiler but we had a draft with the final alligator grabbing them in the basket, going up.

“We didn’t shoot it but on the script stage, we explored a few different directions. It was a challenge, besides water and the obvious technical challenge of making such a movie. The challenge was to find the right balance between the character’s story and the survival/disaster thrills,” Aja says.

“In fact, we were pretty early on in the process […] I had a lot of time to figure out what was the movie, exactly? And then it came to me it was a home invasion movie,” Aja adds. “And then that’s why, also, it was very close to High Tension as well. But instead of having a killer coming in and killing everyone in your home it’s the water, it’s the elements, it’s the storm. The breaking through the wall and floating to a new place.

“With the water comes the 16 million-year-old neighbors who are just here to get back and make a meal of you. It has that kind of home invasion with the elements. There are two layers, a creature but also a disaster,” Aja concludes.

Whether or not that would’ve been the proper type of ending for Crawl, it’s definitely an interesting thought for a film that some viewers certainly couldn’t have imagined getting any darker.